On Tuesday night, Pennsylvanians were treated to a grotesque, voyeuristic spectacle they should not have had to witness. John Fetterman has not been allowed the care and space he needs to recover fully from the stroke he suffered in May. That much is clear. To the people around him, Fetterman is less a human being in visible distress than an instrument of political utility. It was a shameful and depressing display.

If there was any value in the debate, it was in the degree to which it exposed the duplicity of Fetterman’s boosters. They think so little of you, and so highly of themselves, that they believed they could shape your perceptions of reality. At the very least, they could blackmail you into keeping your dissent to yourself. So many mortgaged their credibility in the pursuit of that crude objective. But last night, the bill came due.

After Fetterman’s first full month absent from the campaign trail, it was obvious that something wasn’t right. That impression was confirmed when the candidate’s campaign released a doctor’s note revealing that Fetterman’s stroke was brought on by a previously undisclosed case of atrial fibrillation. But Fetterman also suffers from cardiomyopathy, for which he had a pacemaker and defibrillator implanted. The note produced more questions than answers, but the questions couldn’t be asked. “It’s almost ableist, you know?” said Gisele Fetterman when asked if her husband’s health should be a campaign issue. To ask too many questions would risk “offending millions of Americans who have pacemakers.”

Indeed, Republican groups had begun to leverage the candidate’s absence from the trail. Even GOP Senatorial nominee Mehmet Oz “has decided to go there,” wrote Politico in an effort to suggest the issue is beyond the pale. The implication was clear: To press too hard for details about the candidate’s health concerns only served the GOP’s interests. So those questions went unanswered.

We were warned again when a journalist committed the unforgivable professional sin of relating to her audience her observations about the candidate’s health. When NBC reporter Dasha Burns was granted rare, intimate access to the candidate in October, she concluded that Fetterman’s impairments were so significant that even assistive technology didn’t help. She noted that “it wasn’t clear he was understanding our conversation,” and she was immediately body-checked by some of media’s most prominent members and institutions.

The Associated Press, no less, published a report on the extent to which her “comment about Fetterman draws criticism,” a reportorial endeavor that consisted almost exclusively of curating mean tweets. “This is just nonsense,” podcaster and reporter Kara Swisher said of her colleague’s observation. “Maybe this reporter is just bad at small talk.” Fetterman’s “comprehension is not at all impaired,” insisted Rebecca Traister. She had only recently authored a confused profile of the candidate in which she alleged that his condition is simultaneously imperceptible, improving, and such a struggle that it has made Fetterman “even more familiar to voters.” Worst of all, the AP reported, “the conservative website Townhall.com tweeted Burns’ quote.” You get the picture: Dig too deep, and you’re only going to give the wrong people political ammunition. It worked.

The sunk-costs fallacy describes a tendency to devote ever more resources to a lost cause rather than simply take the loss. And for Fetterman’s media boosters, some of whom sunk so much reputational capital into the idea that the Senate candidate was up to the job, Tuesday night’s debate was a big loss. But rather than concede that fact, their crusade continued with the fury of an addict chasing a high.

To the members of the Philadelphia Inquirer’s editorial board, Fetterman turned in a workmanlike performance. He “had zingers.” He produced “mostly direct, thoughtful answers” even if his delivery was off. “He struggled, more than many were comfortable with,” one editor allowed, “But that says more about us, than him.” “Fetterman’s style may be halting,” New York Times editor Sheryl Gay Stolberg admitted, but “Everyone knew what he meant.”

In a post-debate appearance on MSNBC, Traister gushed over Fetterman’s “very fluent and direct response” to moderators’ questions and his “really, really strong comebacks” to his opponent. “I definitely fumble on television,” MSNBC host Alex Wagner interjected, as though what we witnessed last night was just nerves. “I mean, this happens,” Traister agreed. The View’s Sunny Hostin said, “It takes real bravery to allow people to see your weakness, right?” to the Pavlovian applause of an audience desperate for a plausible spin on this debacle. “And we know that Fetterman’s cognitive abilities have not been compromised.”

Indeed, if you set the bar low enough, you might say Fetterman won the debate by merely showing up. “Doing a nationally televised debate while recovering from a debilitating stroke is metal,” New Yorker editor and author Jessica Winter opined. “The fact that he went up and did it is a testament in Fetterman’s favor, and not a burden upon you, the viewer, because you’re ‘embarrassed’ or whatever.”

If anyone was “embarrassed, or whatever,” they were embarrassed for the people around Fetterman who are power mad to such a degree they would prematurely subject a visibly unwell individual to this level of public scrutiny. Traister had a point when she observed that many voters have first-hand experience with the post-stroke recovery process, and that empathy could translate into votes. But the voters who have that experience also know what too soon looks like. Their empathy for Fetterman can just as easily fuel resentment against those who are committed to his exploitation.

At least some of that resentment should be reserved for the media professionals who busily raised expectations for Fetterman even as his campaign was trying to lower them. Convinced that the greater evil was in advancing Republican political prospects by telling the truth, they opted to debase themselves and do reputational harm to their professions. They placed a big bet, and they deserve to lose just as big. 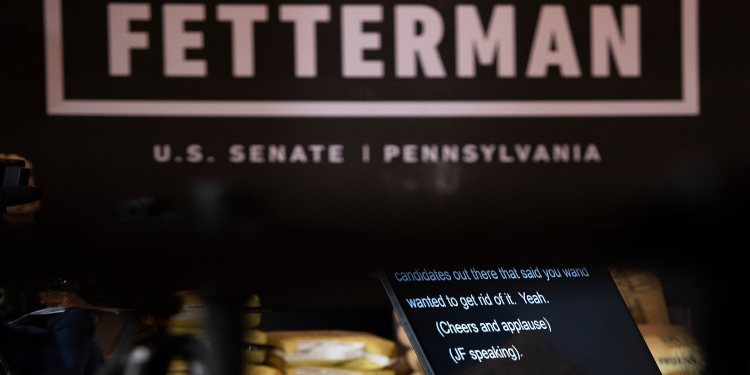 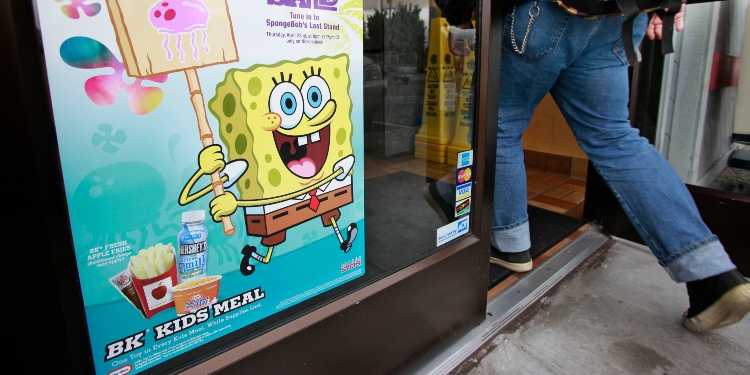