When we talk about “cancel culture,” we focus mostly on the tools activists wield to punish those who transgress against their preferred beliefs. What we don’t talk about are what the pursuers of the new paradigm are doing to themselves.

In March, Mary Lu Bilek was entering her thirty-second year at the City University of New York’s law school, the last five of which she’d served as dean. Bilek dedicated her career to dismantling the barriers to entry into her profession, which she regarded as unjust obstacles designed only to preserve generational privileges. She was well regarded by her colleagues and, unlike others who have been canceled, she was not the target of a wounded student’s ire or an envious associate. She canceled herself.

Bilek announced her intention to step down from her role to pursue atonement after she had described herself as a “slaveholder”—what she later explained was an artless way to analogize the “model of reparations” she had championed in the school’s tenure-track policy.

In less pretentious terms, what Bilek sought was tenure for a young white administrative candidate (who described herself to a New York Times reporter as “a proud, queer, gender-nonconforming Jew”) so she could enjoy the same status as the tenured professors she would be overseeing. The internal politics of the matter fast became complicated, and Bilek’s rhetorical genuflection to the overwrought rhetorical liturgy that accompanies antiracist activism served as an escape hatch. But her colleagues were furious over her decision to punch out of the hot seat.

“We intentionally chose not to ask her to step down but to demand instead that she commit to the systemic work that her stated anti-racist principles required,” one university professor said. “I thought there was a chance for redemption,” another added, “we do not want to cancel folks.” But even if no one set out with that goal, cancelation was the outcome. It was self-administered. And to hear those affected by this episode tell it, no one is happy but the canceled individual.

This might have been a strange case, but it wasn’t singular.

In 2019, the year that Swedish teenager Greta Thunberg was named TIME’s “person of the year” for her environmental activism, millions of young people around the globe sought to mimic her unrelenting approach. The chief instruments of her activism—student-led academic boycotts and walkouts—became wildly popular, as you might expect skipping school under the socially responsible auspices of climate activism would. Thunberg’s movement, “School Strike 4 Climate,” sprouted satellites all over the world, including one in Auckland, New Zealand, which was responsible for organizing one of the largest student-led climate marches anywhere.

But its success ended when Auckland’s SS4C branch shut down operations last week after the organization admitted that it had been running a “racist, white-dominated space.” In a Facebook post, the chapter announced that it was ceasing all operations and disbanding because it was, in the words of its own founders and operators, a moral abomination. “SS4C AKL has avoided, ignored, and tokenized BIPOC voices and demands, especially those of Pasifika and Māori individuals in the climate activism space,” the statement read.

Once again, the activists who perceived this organization to be valuable protested its decision to abandon the role it had painstakingly carved out for itself. As the Washington Post reported, the group’s supporters literally begged SS4C’s activists to remain engaged in their crusade. “This is identity politics gone mad,” one incensed woman wrote. “It is sad, disappointing, and most especially divisive,” another disappointed activist lamented. But their anguish over the dissolution of this vehicle failed to move the organization’s founders. Though they remain committed to curbing the effects of climate change, nothing is more important than to avoid being perceived as problematic.

This phenomenon isn’t limited to weighty affairs like academia and activism. Self-cancelation has found its way even into trivialities like standup comedy.

In July 2020, amid what became a reckoning across the Western world with the legacy of institutionalized racial discrimination, the Canadian improv troupe “The Sketchersons” declared its commitment to working toward a racial rapprochement. The award-winning group, which had been active for a decade and a half and had 86 cast members over its lifetime, announced that it had “benefited from a system that was built upon white supremacy.” It therefore pledged to hire more writers and performers of color and made an unspecified donation to the Toronto arm of the Black Lives Matter movement.

The statement had the unintended effect of advertising The Sketchersons’ vulnerability, and it wasn’t long before the embittered demanded its sacrifice. The comedy troupe soon obliged its critics. In a second, hastily crafted statement, the group confessed that even expressing its solidarity with the Black Lives Matter movement was “traumatic,” amounted to “virtue signaling,” and reflected “our own complicity in upholding white supremacy.” The troupe subsequently announced that it would take a hiatus for the foreseeable future. Whatever good this organization had done—from adhering to and supporting certain principles to merely making people laugh—was undone not by a censorious mob clamoring for a scalp but by its own suicidal tendencies.

To what do we attribute this phenomenon? Is it “call-out culture” or “cancel culture?” Or are we just seeking to impose “accountability culture” on transgressors who offend the propriety that pertains today, even if it didn’t pertain last week? Or perhaps it is a muted reflection of the self-criticism sessions that were a prominent feature of the 20th century’s Marxist movements. Maybe it’s all of the above. Whatever the case, these progressives are abdicating their responsibilities and bequeathing them to no one in particular, and only in service to an abstract ideology that sees the penance acquired through self-flagellation as a virtue. In the process, they are trading in instrumental utility for the abstraction of martyrdom.

Some progressives seem to think they are better served by throwing themselves on the pyre of antiracism than advancing their objectives through institutions. Their adversaries are unlikely to protest this ponderous new trend. 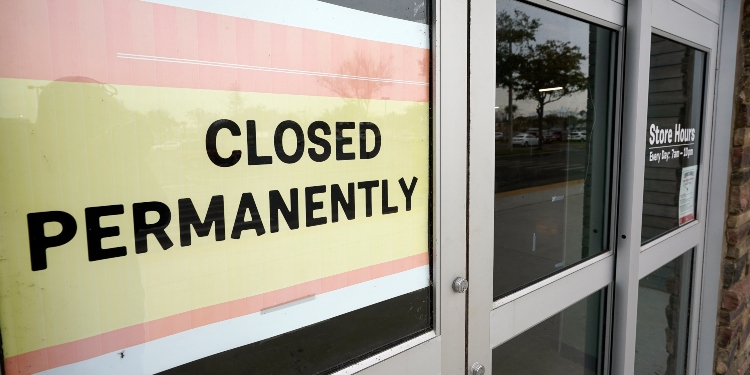