The Democratic Party is in crisis, although few of its members seem to recognize it. If a Democrat did not occupy the White House, political media would be consumed with worry over the fact that members of this formerly dominant political faction now occupy fewer elected offices than at any point in almost a century. Relegated as it is now to coastal enclaves and urban centers, this is a rump bloc. The contraction the Democratic Party has experienced over the course of Barack Obama’s presidency has coincided with the purging of its moderates. Only the most far-left districts and liberal states elevate like-minded politicians to high office and the elements that would restrain the party’s most partisan impulses are gone. For all the criticism of Republican disorganization, theirs is a good problem to have. Unruliness is a feature of an ideologically diverse coalition of competing interests. The conversation inside the left’s closed circle is a self-reinforcing one; dissent is hard to come by and is punished by the movement’s most dogmatic enforcers when discovered. There is no better example of this phenomenon than the humiliating display in which Democrats engaged amid – not following – the attack on civilians that occurred on Wednesday in San Bernardino, California.

As Jonathan Tobin astutely noted, the victims of yesterday’s horrific attack in which at least 14 were killed had not even been identified – much less the attackers, their methods, or their motives – before the event was politicized by the President of the United States.  It is to be expected that this president would agitate for more gun control regardless of the facts of an ongoing atrocity. After all, it was only October when Barack Obama insisted that it was the duty of all Americans to politicize gun violence in order to achieve his preferred legislative end – one that his party has had the opportunity to address and failed in that charge. Obama’s gun control advocacy even as firearm-related homicides are decreasing is an expression of anxiety not with American society but with the legislative process and the voters’ representatives in Congress who decline to bend to his will.

His liberal constituents share Obama’s theatrical displays of frustration in the wake of gun violence, but he does his fellows on the left a disservice by reinforcing their prejudices. Nothing was known of this attack before the usual suspects began their rote lamentations over the very existence of the National Rifle Association. Even in the earliest hours, it was clear that this attack did not follow previous patterns of mass gun violence. There were multiple attackers wearing face masks and body armor, armed with long guns and improvised explosive devices, and who had a meticulously planned getaway strategy. Even the untrained observer could tell early on that this was something unique. Still, the left’s expression of anxiety toward the NRA and the implication that the gun lobby was tangentially responsible for this bloodshed is nothing short of an unfalsifiable religious conviction.

Think Progress reporter Igor Volsky surely presumed he was making salient points when he spent the evening tallying this organization’s lobbying efforts in dollar figures – another constitutionally protected practice that aggravates Democrats. For his efforts, this liberal blogger was showered with praise from his ideological compatriots, but that was a misguided response. If you’re railing against gun ownership laws following a coordinated attack using nonconventional firearms and explosives in a state with some of the Union’s strictest gun laws, you’re exposing your antipathy toward the Second Amendment to the Constitution and its protections on lawful gun ownership. A party that was not so infatuated with its own self-righteousness might have seen that and imposed some caution on Volsky and his many admirers. They are blind to the political minefield through which they haplessly trod.

Perhaps the most egregious example of how far removed the left has become from majority opinion in the rest of America was also exposed by Volsky, but he was only one of many who indulged in the ill-advised impulse to discredit the act of prayer. Amid his tally of the congressional representatives who received piddling three-figure sums from the NRA during their reelection efforts, he made a point of noting that they were being paid not to legislate and to offer merely their “thoughts and prayers” following gun crimes. One assumes you might also hear them whisper to one another “Hail Hydra!” if only you could get close enough.

An attack on prayer soon became an almost universal rallying cry among the left’s thought leaders. “Your ‘thoughts’ should be about steps to take to stop this carnage. Your ‘prayers’ should be for forgiveness if you do nothing – again,” tweeted Connecticut Senator Chris Murphy contemptuously. “‘Thoughts and prayers’ – particularly from our lawmakers – are simply not enough,” said the influential head of Moms Demand Action for Gun Sense in America Shannon Watts. “[O]ur country deserve more than our thoughts and prayers,” Senator Dick Durbin remarked. This orgy of self-satisfied preening culminated in the histrionic New York Daily News front page: “God Isn’t Fixing This.” Accompanying that headline were images of Republican politicians tweeting their “thoughts and prayers” for the victims in San Bernardino, with the subheading: “As latest batch of innocent Americans are left lying in pools of blood, cowards who could truly end gun scourge continue to hide behind meaningless platitudes.”

The dishonesty of this invented outrage took researchers mere seconds to illustrate. Soon, hundreds of messages from prominent Democrats – including the White House and Hillary Clinton – sending “thoughts and prayers” out to the victims of gun violence were uncovered. That this obvious hypocrisy didn’t occur to anyone engaging in this collective shaming exercise is mesmerizing. Still more inexplicable is the apparent presumption that the act of prayer and legislative activism are mutually exclusive. Equally bizarre is the implicit admission in this effort that pro-gun control liberals see the act of prayer as an expression of futility. Both the devoutly religious and the marginally faithful that engage in prayer do not see it as a useless act in lieu of any other form of agency. They believe it to be a true source of strength and a display of will. They see it as intervention, not helplessness. The view of prayer that sees it as a manifestation of inability is a faithless perspective. For the left’s most influential voices to indulge in this surreal, rude, insulting attack on values shared by millions of Americans – Democrats and Republicans alike – is nothing short of an impulse toward political suicide.

These behaviors are not those of a majoritarian movement. They are the acts of a modest opposition seething over its own powerlessness and resentful toward the voters who have so weakened them.  For too many on the left, the identities and motives of the perpetrators didn’t matter. The targets of this attack didn’t matter. The tools that meted out death on Wednesday didn’t matter. For the progressive left, all that mattered was their preconceptions, their high regard for themselves, and their prejudices. They are the beating heart of a truncated Democratic Party that is in existential crisis. 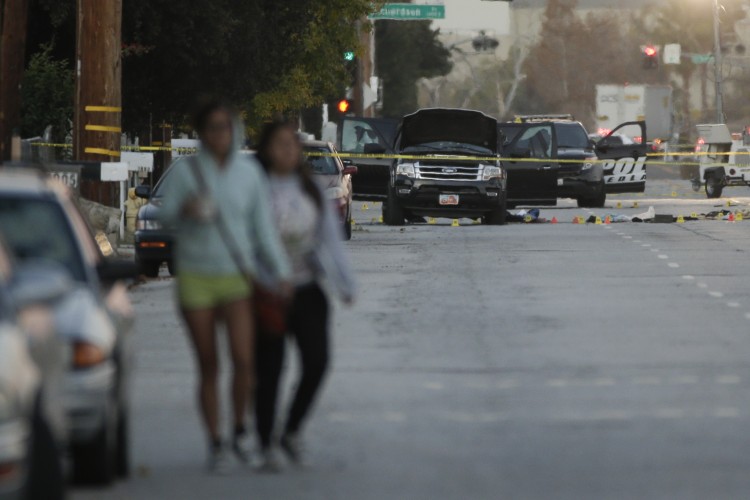