To his credit, New York Times columnist Paul Krugman is treating President Joe Biden’s proposed budget as just another example of what presidential budget proposals only ever are: statements of principle. And Biden’s principles align closely with Krugman’s. Among them, that deficits are irrelevant, high taxes are desirable, and government should provide greatly expanded public services even if it has to borrow in perpetuity to do it.

Krugman describes Biden’s budget proposal in almost revelatory terms. It is, to him, an act of “ideological liberation.” At long last, a Democratic president who is properly contemptuous toward conservative economic doctrine; namely, the idea that allowing private interests to retain their incomes and profits allows for productive investments in capital improvements, thus generating economic activity and producing growth. But that’s not the only ideological commitment from which Biden’s budget has delivered us.

By Krugman’s own admission, the document does away with Keynesian pieties that suggest governmental investments in public-works projects increase overall economic output. Indeed, Biden’s budget doesn’t suggest that spending $6 trillion per year, rising to more than $8 trillion in the next decade, will have much of any macroeconomic effect at all.

Biden’s budget assumes a lot. It assumes Congress will pass both its massive spending proposals and dramatic tax hikes targeting both corporations and individuals. It assumes a substantial level of deficit spending, leaving the government to run a nearly $2 trillion annual deficit. But it doesn’t assume that this will produce economic growth. Instead, Biden’s aides estimate that the economy would grow at under 2 percent per year for much of the decade—roughly the rate at which the economy somehow managed to grow in the 2010s without World War II-era levels of public sector spending.

It assumes unemployment would fall to 4.1 percent by next year and stay there, which is exactly where economists expect unemployment to be even if Congress doesn’t pass Biden’s budget. It assumes that consumer prices will never rise faster than 2.3 percent per year due to inflationary pressure—a risky bet given that the Consumer Price Index increased by 4.2 percent in April alone. It assumes that government borrowing costs won’t increase to a point that will shake investors’ confidence because the Federal Reserve will only gradually raise rates to curb inflation. And it assumes no profound crisis will interrupt this decade of stasis; no foreign military crisis, since Biden’s budget cuts the Defense Department’s procurement budget, and no domestic fiscal crisis like the kind that Medicare’s trustees insist will be upon us in 2024 when the Hospital Insurance Trust Fund is projected to reach insolvency.

Krugman attributes these dubious assumptions to the new administration’s “modesty.” The Biden team wants to continue to under-promise and overdeliver. Maybe. But what Krugman dismisses as the “relatively moderate price tag” on the administration’s various multi-trillion-dollar projects is a hefty sum only to keep our heads above water. Krugman might even agree with that proposition since he contends that all this “modesty” is only so much sleight of hand from Biden’s clever economic team.

The administration’s economists, he writes, are “actually quite optimistic” that creating a federal obligation to provide childcare would increase the labor participation rate and “yield big economic returns in the long run.” One would hope. Envisioning some return on these multi-trillion-dollar investments would go a long way toward convincing the public that the dramatic interventions in the private economy the Biden White House proposes are necessary.

If the Biden administration does think that these investments are worth their respective costs, it’s being coy about it. The reluctance to make any desirable projections about what all this spending will purchase us has not produced even a hint of skepticism from this administration’s boosters. This only further reinforces the impression that, for them, the spending is both a means to an end and the end in and of itself. 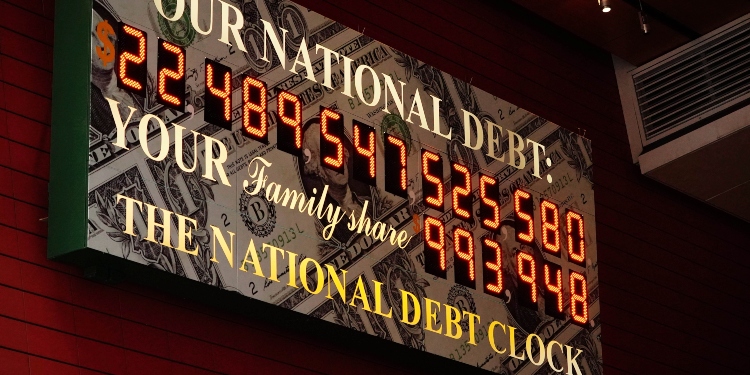