Among those for whom “American exceptionalism” is a jingoist notion premised on faith-based convictions that wither under scrutiny, the coronavirus pandemic has proven once again the wisdom of their cynicism.

The New York Times is one such institution engaging in a restatement of cosmopolite first principles. “The pandemic is shaking beliefs about American exceptionalism,” one recent headline read. The portrait of America the paper of record paints is a bleak one. Hospitals are succumbing. Unemployment rolls are exploding. Food pantries are overwhelmed. Professors of European studies are overcome with a profound sense of shame in the nation of their births—even more than usual.

These hardships are attributable to the pandemic, and America is hardly alone in its unendurable suffering. But what buttresses the Times’ argument isn’t the pandemic, per se, but the fundamental structure of the American system of government. “As the calamity unfolds,” the dispatch mourns, “President Trump and state governors are arguing not only over what to do, but also over who has the authority to do it.” This is the opposite of a problem.

The devolution of power down to states and municipalities is an essential feature of the American political experience. The capacity of local officials to argue with the executive at the head of the central government and even to overrule him is one of those things that makes America exceptional. The fruits of this dynamic are the flowering of 50 laboratories, all of which are experimenting with a variety of methods for balancing the preservation of life with the maintenance of essential freedoms and the conservation of as much of the existing economy as is possible. That kind of experimentation and, indeed, competition will prove invaluable in the effort to find the formula that works the best for the largest number.

The Times would appear to recognize this because what they specifically lament as examples of America’s shame are all the ways in which Donald Trump has behaved like Donald Trump. The president’s conduct, this report contends, jeopardizes both national comity and public health. But what’s the alternative? Would they prefer local officials were shorn of their sovereignty in deference to the executive branch?

What about testing and prevention? The capacity of American institutions to provide and execute the tens of millions of tests that will be necessary to ease lockdowns and begin individual case mitigation has proven vexing. But who is doing a better job? As of April 20, nearly 4 million Americans had been tested for the virus. When tracking tests conducted per million people, the U.S. ranks behind only Germany, Italy, and Canada (all of which have only a fraction of America’s population).

But mitigation will also require the kind of invasive regime to which Pacific Rim nations are well acquainted, and constitutional protections and privacy laws in the United States will make that both a legally and philosophically harder pill for Americans to swallow. That, too, is an aspect of American exceptionalism. The tension we see between the expert classes and elected officials, and the public, the consent of whom is the source of all political authority, is natural and healthy in the United States. That kind of tension is anathema in nations without a culture of privacy and an inherent distaste for centralized authority.

But given the paper of record’s history of skepticism towards the ideal of American exceptionalism, it’s likely that this—its essential nature—is more a source of frustration than the nation’s pandemic response. American exceptionalism is supposedly in “decline,” a “myth” that exacts a “profound social cost” on its unexceptional people. It is the “dark side of American exceptionalism” that lends credence and power to the wrong sorts of people and prevents Americans from reaching a set of conclusions about American history preferred on Eighth Avenue.

A cursory review of the Times’ relationship with American exceptionalism suggests the concept is held in low regard by the paper’s editorial staff. Even despite this spectacular public-health disaster in which the nation has consented to an induced economic coma to save the lives of its most aged and vulnerable populations, the Times maintains its aversion to the notion that America is a unique nation capable of remarkable goodness. And that’s pretty exceptional. 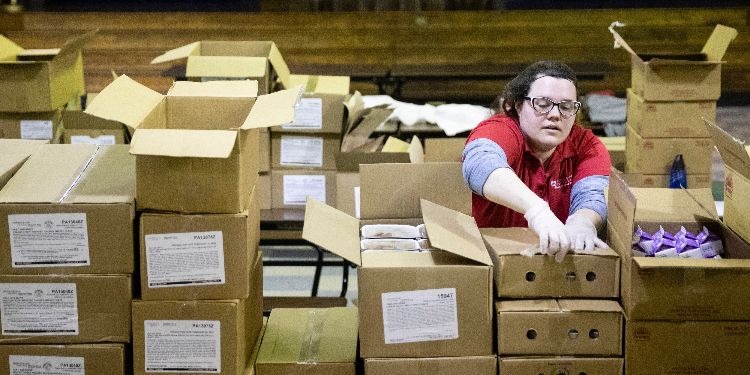