The United Nations thinks the rest of the world needs a “21st Century makeover.” To accomplish that, the international body is turning toward some of the most outmoded ideas of the 19th Century.

Far from wringing his hands over the global trend toward populism and the nationalist extravagances that typify it, United Nations Conference on Trade and Development’s Secretary-General Mukhisa Kituyi is wrapping himself in populist economic anxieties like a familiar old blanket.

“A combination of too much debt and too little demand at the global level has hampered sustained expansion of the world economy,” he said in a statement on Thursday, despite the fact that global economic growth has shown no signs of slowing. For this lamentable state of affairs, Kituyi’s agency didn’t blame governments that spend beyond their means and borrow when they should be investing. He didn’t even blame a pronounced global recession from which the world began to emerge only recently. Instead, the United Nations lays the blame on “neo-liberalism.”

“The whole neo-liberal mantra that ‘there is no alternative’ has begun to fall apart,” said UNCTAD’s globalization director, Richard Kozul-Wright. “There are plenty of alternatives out there, and they are urgently needed given the kind of economic and social imbalances that we are currently facing.”

What is “neo-liberalism?” It’s a lot like paleo-liberalism. You might better know it by its more popular moniker, which Kozul-Wright was careful to avoid: classical liberalism. In the context of a national economy, it is the belief in reduced or non-existent trade barriers, the free movement of capital, and the privatization of industry. It’s Adam Smith and David Ricardo. And it’s the bane of Keynesians’ existence.

Kozul-Wright speaks so contemptuously of the phrase “there is no alternative” because, like so many of his fellow travelers at Turtle Bay, he came of age at a time when the pejorative “TINA” was a dirty word. It was Margaret Thatcher’s battle cry when she successfully privatized the utilities and industries that Clement Atlee nationalized. It was the slogan that marshaled support in a newly united Germany for the transition in the East toward a market economy. It was a phrase coined by the philosopher and early conservative thinker Herbert Spencer whose Darwinian maxims are still resented by, well, people who use the word “neoliberalism” like it were a slur.

Kozul-Wright has a point about tackling government debt and inflation, which is nearing the point of crisis in the United States and the United Kingdom respectively. His prescriptions—the end of austerity and a massive drunken government spending spree—would seem to miss the mark. More important, though, Kozul-Wright is right about something else. There absolutely is an alternative to the classically liberal economic ethos that conquered the world when the Berlin Wall fell. For the historically literate, however, it’s not a desirable alternative.

As COMMENTARY’s Sohrab Ahmari has chronicled for over a year, classical liberal economics are opposed not merely by Keynesians but by a more reactionary sort. Advanced economies transitioning away from heavy industry have produced armies of the dispossessed and disillusioned. These legions span the traditional right-left political spectrum. They are united by protectionism, economic nationalism, and a robust social safety net (one extended only to the right kind of people).

These movements, like Kozul-Wright, are backward looking. And while he would no doubt consider himself hostile toward the forces of reaction that have assumed power over the course of this decade, the policies he advocates are both populist and nationalist. They are the products of despair and hopelessness, and it is no accident that illiberal economies are so often stewarded by illiberal governments.

There is no shortage of irony in the fact that UNCTAD’s “globalism director” shares a set of economic prescriptions with millions of Westerners who reject globalization. “Prosperity for all cannot be delivered by austerity-minded politicians, rent-seeking corporations, and speculative bankers,” Kozul-Wright wrote for The Guardian on Thursday. “Unlike the textbook concept of pure competition, our hyper-globalized world has been accompanied by a considerable concentration of economic power and wealth in the hands of a remarkably small number of people.” This is the perfect synthesis of the Occupy Wall Street creed with Steve Bannon-style economic chauvinism—two ideologies that share more in common than either would prefer to admit. Neither is especially friendly toward the kind of enlightened republicanism that has made the West a beacon of freedom and prosperity unmatched in human history.

Many have set out to prove that there is, in fact, an alternative to economic liberalism. They lead prison states that subject their people to authoritarianism and privation. While Venezuela’s Bolivarians lecture the West on the folly of TINA, their ministers are advising the public how to avoid starvation by raising rabbits. Meanwhile, in the heart of a city where the bounty of unfettered capitalism overflows, men like Richard Kozul-Wright and Mukhisa Kituyi lead comfortable lives lecturing the public on the excesses of Adam Smith. The very lives they lead stand as an irrefutable testament to the hollowness of their ideas. 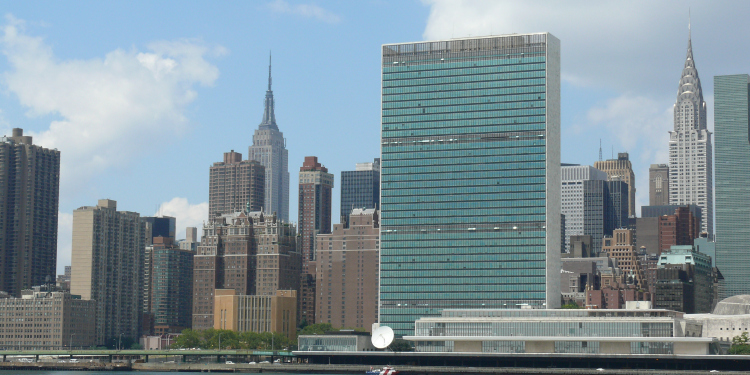