On the night of June 9, during the January 6 select committee’s first prime-time hearing, Rep. Liz Cheney issued a variety of startling allegations about the day’s events. Among them was the claim that it was Vice President Mike Pence, not President Donald Trump, who ordered (as opposed to “coordinat[ed] with”) law enforcement and the National Guard to relieve the siege of the Capitol Building and disperse the mob.

Trump “placed no call to any element of the United States government to instruct that the Capitol be defended,” Cheney said. “President Trump gave no order to deploy the National Guard that day, and he made no effort to work with the Department of Justice to coordinate and deploy law enforcement assets.” The FBI and National Guards relieved the pressure on the Capitol because “Vice President Pence did each of those things.”

The revelation that the chain of command mobilized in response to orders given by someone outside of it was presented as an indictment of Trump, and it surely is. The former president’s inaction amid an acute threat to the stability of the government and the lives of constitutional officers is an abrogation of his oath of office. But it would be nice to have learned how that extraordinary sequence of events unfolded. Indeed, that might have been part of the focus of Thursday night’s primetime hearing, which was devoted to establishing what Donald Trump was doing when he wasn’t executing his presidential duties. The committee did not, however, focus on how America’s constitutional order broke down.

The eighth day of public testimony about that day’s events focused to a prohibitive degree on the president’s conduct while the Capitol was being ransacked. The granular details of this, insofar as it is knowable, is valuable. We learned that Trump spent much of his time in the White House dining room watching events unfold on television and occasionally making unlogged calls to his informal advisers, such as Rudy Giuliani, and to some unnamed lawmakers. Judging from a voicemail Giuliani left Alabama Sen. Tommy Tuberville, in which he advised the senator to slow-walk the process of certifying the vote count even while lawmakers were in fear for their lives, we can deduce that the president didn’t dwell on the day’s violence in his call with New York City’s former mayor.

We also learned more about the nature of the threat to lawmakers and the vice president. One unnamed White House security official testified that members of Pence’s security detail were in “fear for their own lives” and “there were calls to say goodbye to family members.” The unnamed figure surmised that the vice president’s security team believed they would be overwhelmed by the rioters. Perhaps most compellingly, the committee featured raw footage of the president struggling to record pre-taped addresses both during and after the violence. In the footage, he can be seen laboring to lower the national temperature while still clinging to the grievances that animated the mob.

The former vice president’s role in the events that occurred during those fateful “187 minutes” did not feature prominently in Thursday night’s hearing. Indeed, Rep. Elaine Luria referenced Pence’s actions only in passing and treated viewers to relevant testimony that had already been disclosed. Viewers were once again shown Chairman of the Joint Chiefs of Staff, Mark Milley, relating that he had “two or three calls with Vice President Pence, who “was very animated, and he issued very explicit, very direct, unambiguous orders.” The committee showed new video of congressional leadership coordinating with acting Defense Sec. Christopher Miller in their shared mission to clear the building and resume the certification process. But we still know little about what orders were given and how the Pentagon responded to those orders while the president was derelict.

It seems to be no one’s priority, but the country must have a more thorough accounting of how the vice president usurped powers that the Constitution delegates to the president. That usurpation was, of course, absolutely imperative given the commander-in-chief’s abdication, but the precedent that this established is a dangerous one. America’s armed forces responded to directions from actors outside the chain of command. If it can happen once, it can happen again. Next time, the circumstances could be worse.

While it may be a foolish consistency, it is consistency nonetheless to insist on preserving the constitutional order. Not just the orderly transition of power from one administration to the next but also the founding charter’s delegation of authority from the executive office on down. If our goal is, as it should be, to ensure that nothing like January 6 ever happens again, we need a full accounting of everything that went wrong on that day. We don’t have that yet. 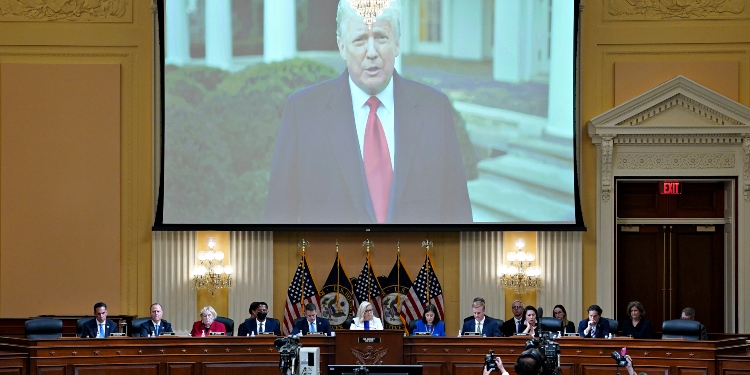