The U.K.’s top spy, Richard Moore, didn’t mince any words in a rare interview with the BBC. The head of Britain’s foreign intelligence services warned that the global geopolitical environment is growing only more unstable, and the West bears much of the blame.

The threat posed by a Chinese “miscalculation” in Beijing’s increasingly aggressive efforts to secure regional hegemony poses “a serious challenge” to global peace. The “chronic problem” posed by Russian recklessness and its irredentism in what Moscow deems its “near abroad”—a euphemism for a sphere of influence that Vladimir Putin believes is essential to preserve the country’s “strategic depth”—is an “acute threat” to the Atlantic Alliance. The growing menace posed by reinvigorated Islamist terrorist organizations looms ever larger. And to a measurable degree, our present conundrum is Joe Biden’s fault.

Moore called Biden’s decision to recklessly withdraw from Afghanistan on a unilaterally self-set timetable “clearly wrong.” Ceding the country to the Taliban and stranding thousands of Westerners behind enemy lines in the process provided a “morale boost for extremists around the world, and indeed for those sitting in the capitals in Beijing, Tehran, and Moscow.” That seems undeniable.

In the months that have passed since the fall of Kabul, we’ve seen the return of self-radicalized Islamist sympathizers committing acts of terrorism in the West, and the increasing tempo of Beijing’s threatening exercises near Taiwan has forced the Pentagon and America’s Pacific allies to prepare for the worst. These acute threats are eclipsed, however, by the urgency of the menace in Moscow.

The news out of Eastern Europe is ominous. The Russian buildup along the Ukrainian border and in occupied regions of the country, such as the Crimean peninsula, is massive. Reporting indicates that the Kremlin has begun establishing supply lines and shuttling medical units to the region, which could “sustain a drawn-out conflict, should Moscow choose to invade.” Russian command-and-control elements are being inserted into the quasi-occupied Donbas region of Ukraine, and indications are that the Kremlin has mobilized mechanized, armor, and mobile artillery units. The sheer scale of these preparations has everyone on edge.

“Russia’s capabilities would be equivalent to a modern-day blitzkrieg,” House Intelligence Committee Member Rep. Mike Quigley told CNN. “We don’t know whether President Putin has made the decision to invade. We do know that he is putting in place the capacity to do so on short order should he so decide,” Secretary of State Antony Blinken agreed. “We must prepare for all contingencies.” Ukraine’s defense minister affirmed that “a large-scale escalation from Russia exists,” estimating that Russia would achieve maximum readiness by “the end of January.” But costly and logistically onerous buildups like these aren’t sustainable forever; a forward-deployed military must either be used or returned to base.

On Wednesday, Ukrainian President Volodymyr Zelensky delivered a speech before the country’s parliament warning that Moscow will likely deploy a pretext—falsified claims of a Kyiv-led attack on the Donbas or Crimea, for example—to justify a broader incursion into Ukraine. The following day, Russian security services announced that they had arrested a Ukrainian national for allegedly trying to carry out a terrorist bombing inside Russia on the orders of Ukrainian military intelligence. Both governments are primed for war, and their respective publics are readying themselves for a sustained military campaign and prolonged resistance.

This is a scary prospect—one the West seems unable to counter with anything resembling a credible threat of force that might deter Russia from again violating European sovereignty as it did in 2014. This Russian military buildup initially felt similar to the brinkmanship in which Moscow engaged in late March and early April of this year. Those border tensions eased after Joe Biden proposed a bilateral summit in the summer—a reward for Russian aggression that, nevertheless, yielded few concessions to the Russian position.

In the months since that June meeting, Vladimir Putin has seen ample evidence that Biden can be convinced to abandon American allies—indeed, even American citizens—if the cost of living up to U.S. commitments seems too much to bear. Why wouldn’t Putin test his luck now in this objectively irresolute administration’s first year, when the political pressure on the president from his domestic opposition is at its weakest?

That would be a risky gamble. The West’s response to a breakout invasion of Ukraine is hard to predict. But that uncertainty is likely emboldening elements inside the Kremlin who believe the window to act is open now and not for much longer. Many factors over the better part of a decade have brought us to this point, but it would be a mistake to dismiss the Biden administration’s capitulation to a terrorist enterprise in Afghanistan as one of the foremost circumstances that have brought Europe to the brink. These are the wages of American cowardice. Sooner or later, they will be paid. 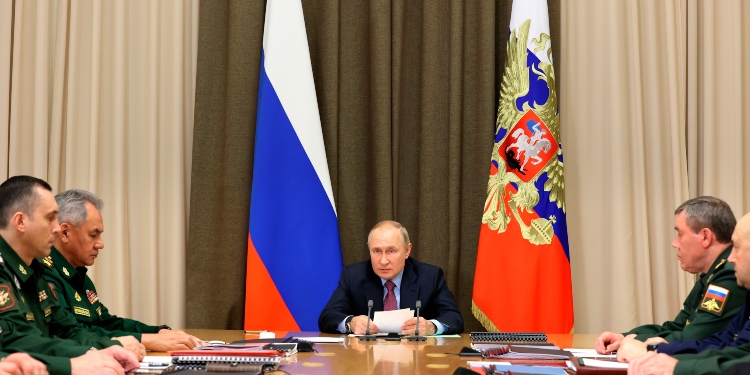 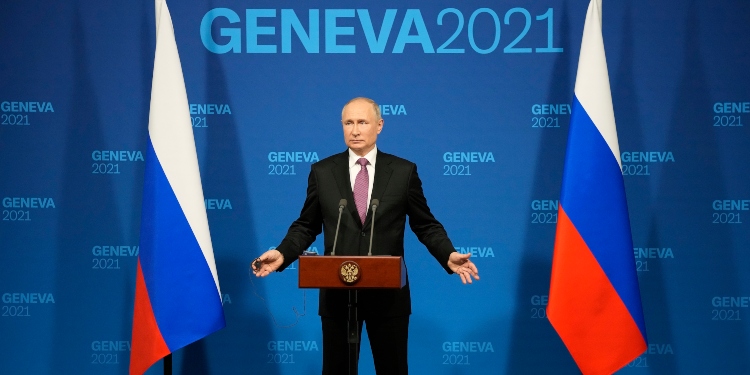