Gen. Mark Milley is right. “There’ll be plenty of time to do AARs,” or after-action reports, the chairman of the Joint Chiefs of Staff said in a Wednesday press conference alongside Defense Sec. Lloyd Austin. There will be time to learn why neither he nor “anyone else” anticipated the collapse of the Afghan “army and this government in 11 days.” We will one day have the luxury of looking back on this crisis to determine what led to the evacuation of the military before civilians and the surrender of versatile Afghan-based control points. Right now, a crisis of almost unprecedented proportions is upon us. And to judge from what Austin and Milley are telling us, they have neither the means nor the will to resolve it.

As the Washington Post reported on Tuesday night, an estimated 10,000 to 15,000 U.S. citizens are still in Afghanistan, and there was “no plan to evacuate the Americans who are outside Kabul.” And there still isn’t. In a most dispiriting display of resignation, Austin and Milley explained that the hellish circumstances to which they’d consigned American citizens and their allies in Afghanistan were all but irresolvable.

While thousands of Americans and allied Afghans have been evacuated since Tuesday, we are at the mercy of the Taliban who have surrounded Kabul’s single-runway airport—the only means by which allied nations can evacuate their people. But you have to make it to the airport on your own and by whatever means possible. If you are not presently in U.S. custody in the airport—even inside Kabul—there is little the American military can do for you.

“We don’t have the capability to go out and collect large numbers of people,” Sec. Austin confessed. Indeed, the U.S. military cannot even mount the kind of rescue operations in which British and French special forces are already engaged. “I don’t have the capability to go out and extend operations currently into Kabul,” Austin added. What’s more, there are no plans to address that deficiency. “We know that we got to have the right mix of capabilities on the ground,” Austin insisted. “We don’t want to put excessive materials on the ground that are not relevant to what we’re doing.” According to the Pentagon chief, our powerlessness in the face of a disorganized militia is by design.

We have placed the fate of untold thousands of Americans and our Afghan allies in the hands of the Taliban. They dictate the terms and tempo of our operations. We depend on the Taliban to allow foreign nationals and credentialed Afghans into Hamid Karzai International Airport. According to what remains of the American diplomatic presence in Kabul, “the United States government cannot ensure safe passage” into the airport. We are dependent on the beneficence of a theocratic militia that has demonstrated no capacity for mercy. And the U.S. government has no intention of remedying this condition.

When pressed as to why America’s withdrawal strategy involved the sacrifice of the capable Bagram Airbase in favor of a much smaller commercial airport, Gen. Milley insisted that this was a better “tactical solution in accordance with the mission set that we were given and in accordance with getting the troops down to about a 600, 700 number.” In translation, either civilian or military leadership wanted the U.S. footprint in Afghanistan to be so small as to be incapable of defending an installation as large as Bagram, so it had to be abandoned. That has proven terribly insufficient to the scale of what we’re trying to pull off. So, we’re going to remedy the condition now that we have upward of 4,500 soldiers back on the ground facilitating evacuations, right? Wrong.

When pressed as to why the operation to retake Bagram and expedite the exfiltration of American personnel and allies isn’t already underway, Milley stumbled. “Good question,” he stuttered. “Great question. But I’m not going to discuss branches and sequels off of our current operation. I’ll just leave it at that.” We can assume that the mission to redeploy troops in numbers sufficient to get Americans out in a timely manner isn’t underway because Joe Biden will not authorize it.

Time is of the essence, but not because Americans in their untold thousands are trapped behind enemy lines, any one of whom could become a hostage that would tie the hands of policymakers in Washington. No, time is running out because Washington had set an artificial political timeframe for Afghan withdrawal, and they’re sticking to it. “We’re going to get everyone that we can possibly evacuate evacuated,” Austin meekly promised. “And I’ll do that as long as we possibly can until the clock runs out or we run out of capability.”

What a heart-stopping admission. Until that moment, your United States citizenship meant something. Now, however, it is something that entitles you to the protection of your government—a government that has put you in this jeopardy—only if our self-limited capabilities aren’t overextended and if it is conducive to the kind of news cycle the president wants.

Fortunately, the president has already invalidated Sec. Austin’s unacceptable excuse-making. After days of administration officials refusing to answer the question, President Biden told ABC News on Wednesday that U.S. troops will remain in Afghanistan long enough to evacuate all American citizens. The fate of American allies, SIVs and SIV-eligible families, and the 600 or so Afghan soldiers who are still struggling alongside American service personnel—the very people President Biden slandered as “not willing to fight for themselves” or their country’s “future”—remains unknown. And yet, that operation could take many weeks given the assumption that thousands of Americans have gone to ground, trapped behind enemy lines.

All of this was inevitable, according to Joe Biden. “No,” the president insisted when asked if he really believed the process of abandoning Afghanistan, its people, and our allies with inexplicable rapidity had been bungled. “The idea that somehow, there’s a way to have gotten out without chaos ensuing, I don’t know how that happens,” Biden insisted. That stubborn lack of imagination is the problem.

At this hour, Americans remain at large behind Taliban lines, sacrificed by their government. We are dependent upon a terrorist militia for our security and safety. The United States engineered this debacle, and the president has no interest in authorizing an operation that could save the thousands of Americans we’ve summarily abandoned. He could change course at any point, but he just won’t do it. This is, I would argue, the worst dereliction of presidential responsibility and the most sordid example of maladministration in my four decades of life. And apparently, that is exactly how Washington wants it. 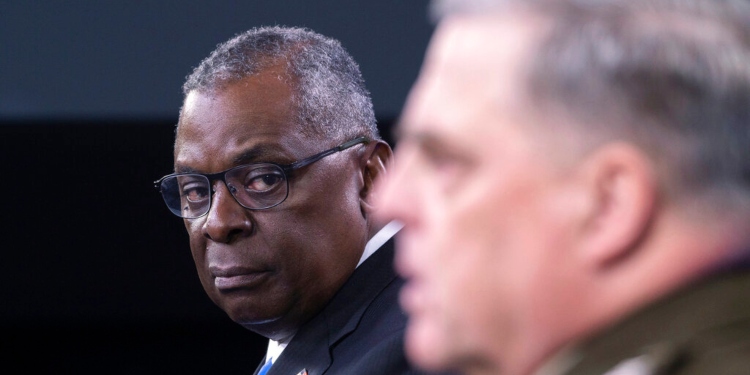