We have reached the tipping point.

Last month, according to the Washington Post, the Defense Intelligence Agency completed an analysis that concluded North Korea has successfully miniaturized a nuclear warhead. The news comes on the heels of tests conducted by the Democratic People’s Republic of Korea that demonstrated it could fire an intercontinental ballistic missile that can, theoretically, reach the continental United States. The DPRK has also successfully tested a vehicle that can survive reentry into the Earth’s atmosphere. Combine all three, and North Korea could have the capacity to deliver a nuclear warhead to a target hundreds if not thousands of miles away.

American policy makers now face two distinctly suboptimal courses of action. They can determine, albeit only implicitly, to allow North Korea to develop, test, and expand its nuclear arsenal and hope that Pyongyang can be deterred from attacking the United States or its allies with a nuclear weapon. The operative word is “hope.” DPRK is not the Soviet Union. It has been implicated in providing material support for rogue regimes and terrorist actors, and it has not been shy about orchestrating terrorist attacks on foreign soil. The latest such event occurred only months ago when Kim Jong-un ordered the assassination of a member of his family on foreign soil using a weapon of mass destruction.

Even if the DPRK can be deterred from mounting a nuclear attack on American assets or allies using a weapon with a return address, it may be harder to deter the North Korean regime from executing covert operations using a nuclear weapon. The cash-strapped DPRK may also be tempted to contribute to the proliferation of those weapons by providing nuclear material or technology to rogue-state or non-state actors. American policymakers will have to hope they can communicate to Pyongyang that the consequences of these actions will be as grave as they would be if the Kim regime were directly responsible for an attack on American assets or allies. Such threats are likely to be empty, and they will ring hollow in Pyongyang.

The other option is no better: neutralize North Korea’s nuclear weapons program. That’s a near impossible task. DPRK nuclear facilities are diffuse, hardened, and underground. Their delivery systems are road mobile and disguised. North Korea’s solid-fueled rocket capabilities may not be 100 percent reliable, but eliminating the necessity of fueling a rocket before launch makes those rockets harder to detect. The most success that American policymakers can hope for is to degrade, not destroy, North Korea’s capacity to make and deliver nuclear weapons.

Any strike on the regime in Pyongyang brings with it the potential for a regional war of the kind humanity has not seen in a generation. Pyongyang could retaliate by targeting South Korea and Japan with a limited or full-scale response. Washington may be tempted to believe that North Korea would take a tap on the nose and not respond. After all, to respond, even proportionally, would be to reveal the extent to which Pyongyang’s supposedly fearsome arsenal is a paper tiger.

The thinking goes like this: Every artillery shell fired on Seoul exposes a position to radar, which is summarily targeted and destroyed. Pyongyang’s deterrent capabilities would not survive long. Moreover, analysts believe a good portion of those artillery tubes would fail. The hollowness of the North Korean military would lead to a destabilization of the regime, even if it were not followed on with a full-scale ground invasion from the South and the sealing of the Chinese border. The Kim regime would not survive this scenario.

That’s a big gamble, and it’s one that American policymakers are prudently wary about pursuing. Deterrence has its own risks. With miniaturization and delivery capability, DPRK could target the tens of thousands of U.S. armed forces stationed in Japan and Korea with almost no warning. In a blinding flash, American deterrence in Northeast Asia could disappear. That’s a prospect that no American president would want to leave as his legacy.

The time for good options is passed. If the DIA analysis is correct, the United States now must choose between two terrifying prospects. For decades, U.S. officials have kicked the North Korean can down the road. This is the end of the road. 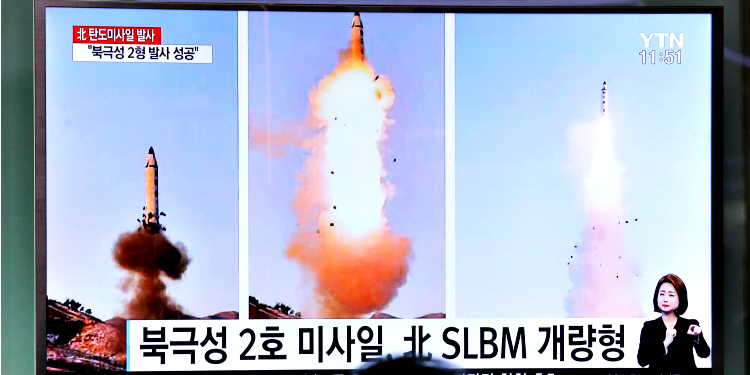 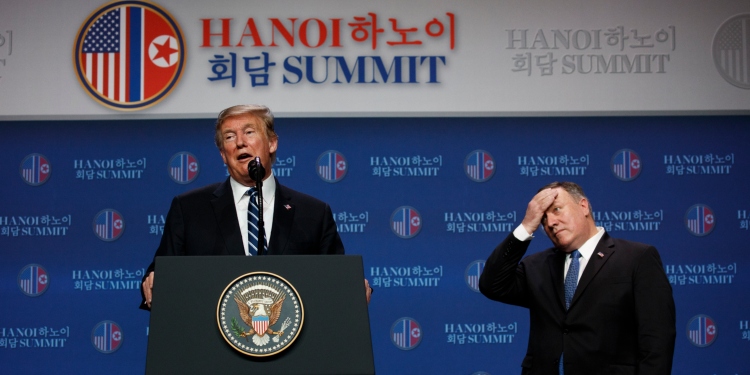