On Sunday, August 7, the Democratic Party passed on a party-line vote something it called the “Inflation Reduction Act.” It was ostensibly designed to “fight inflation.” The following month, inflation increased. The political repercussions that are likely to follow this exceedingly straightforward sequence of events are hardly unknowable.

Though experts predicted a decline, August’s consumer price index registered prices rising across the board by 0.1 percent. Prices are now up by 8.3 percent from where they were at this point last year. But this figure reflects a decline in gas prices down from the Olympian heights they reached over the summer, which ultimately obscures the surge in consumer costs. Food costs jumped by 0.8 percent last month. “The food index increased 11.4 percent over the last year, the largest 12-month increase since the period ending May 1979,” the Bureau of Labor Statistics reported. Energy costs declined as a result of falling gas prices, but electricity and natural gas costs continued to rise. Shelter costs are up, as are the costs of medical care, education, and insurance.

Democrats acknowledged that rising consumer costs were a major headache for voters, and they promised to do  something about it. What that effort produced was “the biggest piece of climate legislation” in American history, which would have a negligible effect on inflation in the near term and was likely to actually increase consumer costs in the long run. Democrats will insist that the so-called Inflation Reduction Act’s effects on inflation won’t be felt by consumers for some time, and it’s unfair to judge the Inflation Reduction Act on its effects on inflation. Too bad. Democrats pushed a lot of chips in on that bait-and-switch of a bill, and that’s now looking like a bad bet.

The politics of this aren’t complicated. Democrats misled the public on an issue that ranks as voters’ number-one concern. The relief that the party in power promised is not coming. Indeed, the governing party is exacerbating the very conditions American voters deeply resent. It takes a superhuman capacity for rationalization to convince yourself that this turn of events is anything other than disastrous for Democrats. Joe Biden and his supporters are, however, doing their best to assure voters that the trickling sensation is only rain.

“U.S. inflation slowed for a second straight month,” reads the ubiquitous headlines broadcasting news that inflation continues to grow. After all, August’s 8.3 percent annualized growth of consumer costs is lower than July’s 8.5 percent increase, which was lower than June’s 9.1 percent increase. The Biden White House has taken the opportunity of this modest reduction in price growth to condescend to voters.

“Overall, prices have been essentially flat in our country these last two months,” the president’s ponderous statement read. A sentence later, the president insists that “we saw some price increases slow from the month before at the grocery store.” So, which is it? Are prices flat or are they growing at something less than a breakneck pace? Biden went on to crow about the growth of “real wages” for “a second month in a row.” Huh? Inflation-adjusted wages declined by 3 percent in July. Moreover, “Real average hourly earnings for all employees increased 0.2 percent from July to August, seasonally adjusted,” the BLS continued. Biden did concede that it would “take more time and resolve to bring inflation down.” But there is no legislation in the works to further combat inflation and no executive action ready to go to bring down consumer costs.

The threat inflation poses to Democrats’ political position may be exacerbated by the fact that voters really did seem to believe that economic conditions were improving. A survey published on Monday by the Federal Reserve Bank of New York found that consumers believe that inflationary pressures began to ease over the summer. As the Washington Post’s ruthlessly unsympathetic Monday report observed, “there are signs households are learning to deal with inflation.” Of course, “that’s particularly good news for the White House.”

So, we’re left with an unavoidable corollary: If the public was optimistic about the status of their pocketbooks yesterday, they’re unlikely to be so buoyant today. And that’s bad news for the White House.

When it comes to inflation, the Biden White House is engaged in the political equivalent of a combat aircraft ejecting chaff into its wake to confuse incoming ordnance. For all attempts to confound the voting public, however, the simplest explanation is the most compelling. The administration’s allies in Congress spent too much money too quickly, and they’ve continued to do so even after it was clearly contributing to inflation. They promised voters that they would do something about this vexing problem, and they did not. The consequences Democrats will face as a result of their callousness and duplicity are likely to be just as predictable. 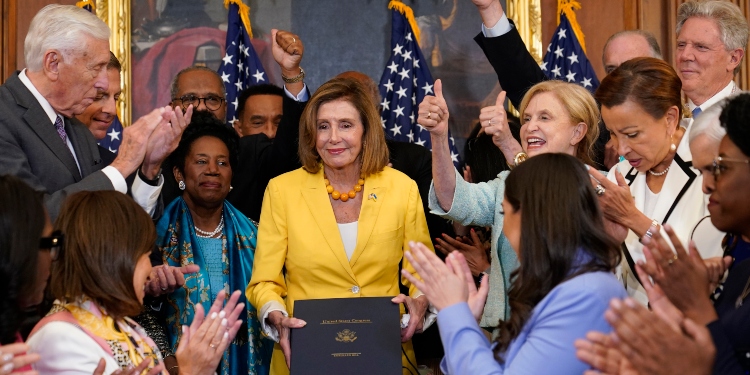