All is not well within the conservative movement. Grumbling in conservative ranks has given way to full-scale insurrection. To peruse the opinion landscape on the right is to be privy to an endless series of lamentations over the potentially irreparable schisms shattering the coalition of voters that once made up the Republican Party’s voting base. Conservative intellectuals versus party stalwarts, wealthy donors versus center-right working-class voters, pragmatists versus ideologues, employers versus employees, et cetera. The 2016 election cycle has exacerbated existing fissures within the conservative movement and created the impression that the Republican Party’s coalition is not so much splintering but exploding. All of this is real – none of it is an invention of a narrative-seeking political press – but there are passions involved in a contested election cycle that can aggravate tensions beyond their objective proportions.

Upon inspecting the coalition of voters mobilized by Donald Trump, conservative purists might be tempted to indulge in despair. They may look upon this group of voters — animated as they are by revanchism and a jealously-guarded sense of victimhood, frustrated by globalization and hostile toward the reformation of entitlement programs — and declare it a movement unworthy of salvation. A dispassionate survey of Trump’s voting base in comparison to the emerging Democratic coalition does, however, reveal some distinctions that will be reassuringly familiar to the forlorn center-right thinker. Those distinctions can serve as the foundation upon which new and enduring political structures can be erected when the dust of 2016 settles and the contours of the new political paradigm that replaces the old become apparent.

Buyer’s remorse among Democratic primary voters appears to have set in even before the deal has been sealed. Hillary Clinton’s 22-point national lead over Bernie Sanders, which she maintained for most of last year, has dwindled to approximately 2 points. With most of the nation having already voted, however, that’s unlikely to matter; the former secretary of state has won more votes than her competitor, has earned more pledged delegates, and has a near monopoly on the Democratic Party’s “super delegate” failsafe. The competitive primary has, however, compelled Clinton to veer father to the left than she perhaps would have preferred. To be a man or woman of the left today is to serve one overriding impulse: to sate in the progressive coalition an intense desire to consume.

The average crunchy left-wing evangelist might denounce the American tendency toward consumption in the commercial sense of the word. The policies toward which Bernie Sanders’ supporters are attracted, however, are based on the promise of cheaper, easier, and more voluminous rates of consumption. Perhaps Sanders voters do not recognize that their passions are so devoted to consuming because the products they are demanding are both goods and services; college education, health care, housing, and prescription drugs, to name just a few items on the left’s shopping list. They demand wages untethered to the economic realities of productivity and competition, presumably so as to be able to consume more goods and services. The only thing for which Sanders’ voters appear willing to pay more is energy and petroleum-based products – that is, to the extent that they recognize those will be the effects of their allegedly environmentalist agenda. The Sanders-backing intellectual liberal might balk at the idea that they are consumers first and foremost, but it’s the truth. Theirs is a movement devoted to the accumulation and distribution of commodities.

Many have noted the similarities between the erstwhile Democratic voters who have abandoned the fold for Donald Trump and the progressive movement lining up behind Sanders and, to a lesser extent, Clinton. One key distinction that must be made, and for which Trump deserves some credit, is that his campaign has focused less on his voters’ unfulfilled desire to consume as it has been on the necessity of production. The frustrated blue-collar voters who have seen their lots decline over the last decade, and who have developed an embittering and unhealthy class consciousness as a result, are less interested in rationing out the dwindling benefits of a bygone era of American exceptionalism than they are in restoring that productive capacity. Trump talks vacuously about Making America Great Again, which he appears to define as restoring the status quo ante the collapse of the Berlin Wall and the recovery of Europe and Asia from World War II. That might be seductive in an idealized and unrealistically romantic sense, but it’s never going to happen. As fantasies go, this is an objectively more virtuous one than that which is being peddled by Sanders and Clinton.

American manufacturing, even textile production, is on the rise amid a flurry of state-level reforms to labor laws and entrenched union rights. The nation’s trade policies have made consumer goods cheaper, freeing up individual capital to be utilized in more individually advantageous ways. That Trump’s voters would like to see these unambiguously beneficial advances of the modern economy reversed in service to the delusion that their lots would be improved as a result is a species of corruption, and it is one that deserves to be denounced. It should be said, however, that the outcome they seek from Trump’s caricatured policy preferences are not handouts but the ability to maximize their productive capacity and to benefit only insofar as their individual industry allows. That impulse is entirely noble, and it deserves to be lauded and encouraged.

It’s admittedly difficult to identify any ties that bind the conservative movement’s intellectual think thanks and opinion journals to the Trump-friendly rank and file voter. This impulse, the desire among Trump backers to preserve and to maintain the fruits of their own labors, is one of them. Characteristics like productivity, self-reliance, and individual responsibility are entirely absent in Donald Trump the man, but these admirable traits are manifest in many of his voters. There may not be much of a recognizable conservative movement to salvage after the 2016 primary campaign has run its course. If there is, however, and if reconciliation and reunification are still possible, stitching together an American political movement with the central ethos of industriousness will be worth the effort. 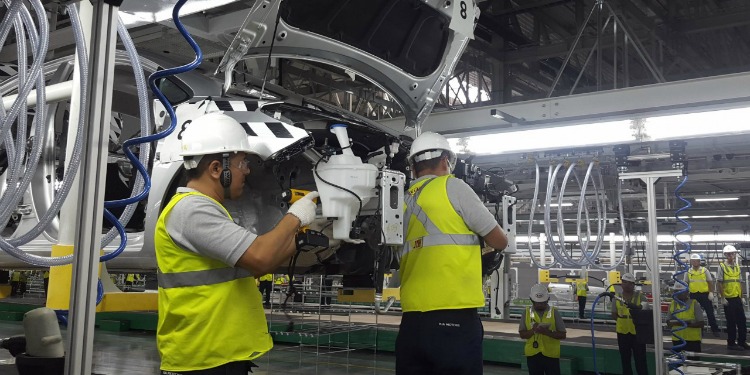