It remains one of the enduring mysteries of the Trump administration: How could a president who displays such routine and even sordid deference to Vladimir Putin maintain such a hawkish record on Russia? The answer is simple: The president is a Republican.

However nominally Trump adheres to that affiliation, the people staffing his administration are more attached both to the party and its core assumptions about the threat Moscow poses to U.S. interests. Many of them were responsible for crafting the policies Donald Trump has touted as evidence that he is tougher on Russia than any of his post-Cold War predecessors. But with the ongoing impeachment inquiry into Trump’s alleged effort to leverage America’s influence over Ukraine to effect personally advantageous political outcomes, that record is coming under new scrutiny. As the architects of Trump’s laudable Russia policies have become more critical of the president’s impulses, they’ve found themselves on the wrong side of his personality cult.

The president’s allies in the House committee conducting the impeachment inquiry are quick to point out that Trump’s posture toward Russia has been confrontational, even if his rhetoric tends toward the conciliatory. The key exhibit in support of their claim is Trump’s decision to provide Ukraine with lethal anti-tank weaponry—a request Kyiv was denied by Barack Obama’s White House. To Trump’s credit, he did make that call, but only following the ceaseless cajoling of now estranged members of the administration.

The Wall Street Journal revealed that Trump “initially scolded” advisers who argued on behalf of Ukraine’s requests for lethal aid. Former Secretary of State Rex Tillerson was said to have lobbied Trump on Ukraine’s behalf so frequently that White House aides described him as having “just wore him down.” Both former National Security Adviser H.R. McMaster and Defense Sec. Jim Mattis assured their counterparts in Ukraine that their requests would be forthcoming so long as they could catch the president “in a good mood,” which they did in the immediate hours after the December 2017 passage of a sweeping tax-code reform bill. Today, despite their contributions to one of Trump’s primary legacy achievements, McMaster, Mattis, and Tillerson are not highly regarded either by the president or his flatterers.

The Trump administration has been responsible for erecting one of the more comprehensive sanctions regimes in memory, throttling the Russian economy and placing severe limits on the freedom of Moscow’s Putin-linked elite. But they needed some guidance along the way. One engineer of one of the Russia sanctions of which the administration is so proud was former Sen. Bob Corker, a frequent target of Trump’s wrath and the author of a bill imposing dramatic proscriptions on Russian economic activity. That bill also provided the then-Republican-led Congress with the authority to review and thwart any effort by the administration to ease sanctions on Russia. Early this year, 130 GOP members in the House and 12 Senate Republicans sought to exercise that authority to prevent Trump from lifting sanctions targeting the Russian oligarch Oleg Deripaska. Still, the effort failed in the Senate, where the House-passed measure did not come to the floor.

John Bolton, Trump’s third national security adviser, deserves credit for convincing the president to abandon the defunct 1987 intermediate-range nuclear forces treaty (INF), of which Russia had been in violation since 2014. A nuclear non-proliferation treaty that did not bind all its signatories wasn’t worth the paper on which it was written, and Trump was right to abandon it. But while that effort at persuasion was successful, others were not. In a private speech after Bolton left the administration, Trump’s former NSA lamented his failure to convince the president to sanction Turkey for purchasing sophisticated Russian anti-air defense systems over NATO’s objections.

Since her confirmation, CIA Director Gina Haspel has seen her duties as the chief intermediary between the president and the intelligence community delegated to other Cabinet officials, but she was once an instrumental architect of Trump’s Russia policy. In the wake of the Russian-linked nerve-agent attack on a former Russian intelligence agent in the U.K., it was Haspel who convinced the president to choose the “strong option” and expel 60 U.S.-based Russian diplomats. Among the tools she used to persuade the president that the move was worth risking Moscow’s irritation were reportedly images of ducks who died a painful death at the hands of their Russian assassins.

It’s not the case that every effort by the Trump administration to put Russia in a box was the brainchild of the president’s subordinates. Moreover, regardless of their origins, each of these proposals required the president’s support and are, thus, his policies. But even the president’s Cabinet members have at times been confused about the direction Trump’s approach to relations with Russia would take. There’s no shortage of irony in the fact that the Russia policies of which Trump seems most proud were the fruit of labors performed by traitors to the #MAGA cause. And with them all out of the way, the president is free to indulge his complaisant instincts. 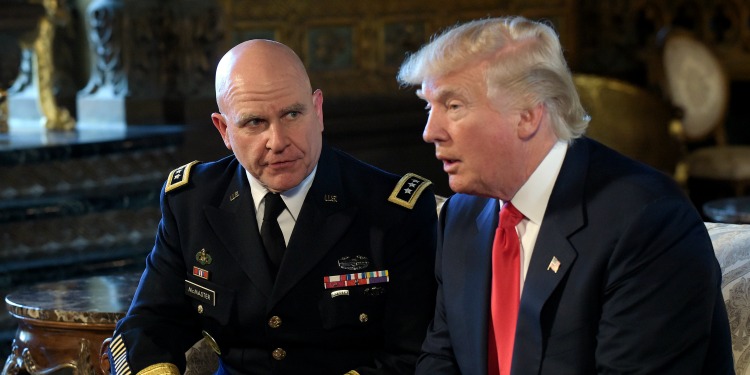