“Words do have a limited range of meaning, and no interpretation that goes beyond that range is permissible.”

If there is a better passage that crystallizes the late Supreme Court Justice Antonin Scalia’s views on the Court, his role in the American federal system, and constructionism, it may prove hard to find. This sentence leaves no room for ambiguity. It cares nothing for fragile snowflakes that dominate the modern opinion landscape or the raw emotions that will result from the rejection of a tortured analysis of plain text. In an age of vagaries and indulgences, when so many of the nation’s cultural and legal foundations feel less sound than previously thought, this kind of stark and unequivocal certitude is frowned upon. It is the kind of common sense that is deemed downright insurrectionary in an era of unreason. Today, the giant intellect that wrote those words is gone.

Justice Scalia wrote this passage in 1997 after he had already served 11 years on the Court. He would go on to serve 19 more years as a leading intellectual light and perhaps the strictest constructionist on the nation’s highest court. American men and women who were just children when Scalia took the bench today have children of their own. He was a man who influenced a generation of political and legal thought, and millions of Americans who have never known a Court without his presence are now thrust into the unknown. But Antonin Scalia left his fellow Americans one last, great gift: a tragic reminder of the impermanence of their republic. The pretensions that have allowed some Americans to experiment with radicalism should be erased today in all but the most careless among us. Everything is transient. Nothing lasts forever.

It was by melancholy providence that the first day in 30 years in which Antonin Scalia’s seat on the bench was left vacant was also the day of the ninth Republican presidential debate. The confluence of events lent an unusual gravity to what has otherwise been a trifling process marked by petty and personal grievances. That is not to say that matters like economic growth, corporate inversion, illegal immigration, access to health insurance, and virtually all other policy issues not related to national security are unimportant. They are beyond urgent for those Americans who measure their livelihoods and their family’s well being in their resolution. They pale, however, in comparison to the longevity of the Republic itself. The structures that have buttressed the longest-lived representative democratic republic in human history have outlasted immigration crises, depressions, and global economic transformations; it is every generation’s chief responsibility to see that they are maintained. The Union and its founding principles must be preserved at all cost.

Scalia’s passing may dispel the trite flippancy that has come to suffice for political thought among the electorate. A substantial minority of the nation’s Democratic and Republican primary voters has embraced a toxic cynicism. They have convinced themselves that their lots could get no worse. The political system, which has endured for more than 230 years, has failed them. It deserves to be overturned. “Burn it all down” is a fatalism that lacks any perspective, much less a generational one. The death of Antonin Scalia has forced Americans to finally confront the legacy they will bequeath to posterity. As Syracuse University law professor Tara Helfman wrote, 2016 will be the first time since the 18th Century that all three branches of the federal government are in the balance. The collective decision the nation makes in November will have consequences that will outlive us all. This is an election that cannot be left to a reckless band of malcontents who are as contemptuous toward today’s governing elites as they are toward the visionaries who founded this nation and their successors who built the structures that have allowed it to endure.

That, of course, presumes that Barack Obama’s last and final gift to history will not be a constitutional crisis that tears the nation apart. Conservatives who warm themselves by the flames of their undying grievances and are convinced that their representatives in Washington D.C. do nothing for them should be eternally grateful today for a Republican-led Senate that will thwart the ambitions of a lame duck president. The Senate will not confirm a new Supreme Court nominee submitted in a presidential election year. To do so would buck more than 75 years of precedent. Barack Obama is highly unlikely to attempt a recess appointment; his disregard for the bounds that constrain such appointments was already the subject of rebuke by the nation’s highest Court. Only if one of the most divisive presidents in modern history suddenly found himself overcome with a sense of deference would he submit to the Senate a universally well-respected and confirmable nominee. It’s an election year. Both Republicans and the outgoing president want the issue more than they do a resolution to it. The U.S. Senate’s vulnerable Republican incumbents will be attacked for their “obstruction” of Obama’s right to fill a vacant seat on the Court. Republicans will energize their voters with the promise of replacing not merely Scalia, but likely one or two more justices over the next eight years. The stage is set for an ugly battle that will render 2016 one of the most bitterly contested elections in living memory.

Such contests are only so appropriately acrimonious when the stakes are high. In fact, it is hard to imagine how they could be higher. Today, Republicans are flirting seriously with nominating to the presidency an aspiring caudillo that cares nothing for the rule of law or the limits of the executive. To the extent we know anything about Donald Trump’s appointment philosophy, it is in his stated desire to install his sister on the high court. Maryanne Trump Barry, a justice on the Third Circuit Court of Appeals appointed by President Bill Clinton, is no doctrinaire conservative. Her personality is as big as her brother’s, and, for Donald Trump, that appears to be her chief qualification for the bench. True to the form of an aspiring Caesar, unflinching loyalty is far more important than a principled attachment to conservatism. Who could be more loyal than a blood relative?

As for the self-described socialist Bernie Sanders, he has repeatedly contended that he would impose a litmus test on his Supreme Court appointments: they must overturn the decision in Citizens United. That decision and its precedents were founded in the belief that campaign finance laws imposed unconstitutional limits on the First Amendment, and Bernie Sanders has been trying to rewrite the First Amendment ever since. This would surely not be the last attack on free expression in a Sanders administration. Subjectively defined “hate speech” of the kind that sends young adults on American campuses into paroxysms of crippling self-doubt would be next on the chopping block. Before conservatives take solace in the fact that Sanders remains a long shot for the Democratic nomination, Hillary Clinton has also said that the political speech protected by Citizens United has to go, “even if that takes a constitutional amendment.”

Of the innumerable gifts Justice Antonin Scalia left to the nation he served for so long, sobriety might be the last and most important. For months, the American electorate has flirted with the abandonment of the nation’s founding principles in exchange for the illusory promise of revenge against a set of ill-defined enemies and adverse conditions. That hollow and sordid temptation should today be rendered secondary for anyone who hopes to leave the next generation the intact bedrock foundations of the United States of America. In 2016, they are very much in the balance. 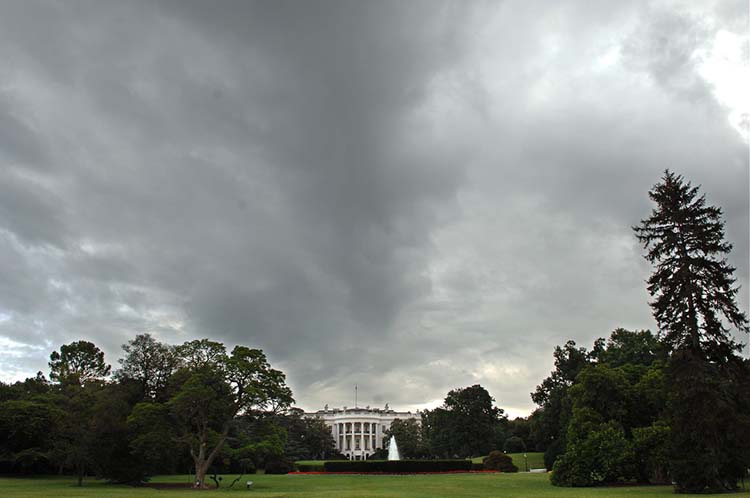