For months, Democrats who wrestled with the prospect of handing Hillary Clinton their party’s presidential nomination comforted themselves with public polling. Sure, Clinton was a tainted candidate. A serially mendacious individual with a bad habit of getting caught in her deceits, the subject of a federal investigation into potentially criminal misconduct, and a lackluster campaigner with a record of failure; concerns among Democrats over Clinton’s suitability for the presidency only mounted over the course of the long primary.

If, however, the GOP was kind enough to grant Clinton the chance to run against a candidate as toxic as Donald Trump, the former secretary of state’s ineptitude wouldn’t matter. She’d walk into the White House. Despite some headline-grabbing Quinnipiac University swing state polls that suggest a competitive race in November, the vast majority of the public polling does suggest a landslide defeat in store for the likely GOP nominee. But the polls will inevitably tighten as the electorate’s partisan polarization reasserts itself. Campaigns and candidates matter. Clinton cannot simply coast into the Oval Office. She’ll have to work for it, and it’s not clear that she knows precisely how that is done. For the moment, like the Republicans who tried and failed before her, Clinton and her campaign staffers seem utterly perplexed by the Trump phenomenon.

On Monday, Hillary Clinton advisors Jake Sullivan and Gene Sperling telegraphed the former first lady’s pivot away from the zombie Democratic Primary and toward the general election. In a conference call with reporters, the two Clinton loyalists announced their intention to target Donald Trump’s tax plan. The two advisors revealed their focus would be on attacking Trump’s plan to push for “tax cuts for the hyper-wealthy [while] leaving most behind,” reported The Atlantic’s Steve Clemons. “We frankly think that Mr. Trump’s economic plans have not received the scrutiny they’ve deserved,” Sullivan said. He assured reporters on the call that Team Clinton will be pounding the drum over Trump’s “eye-poppingly massive” tax cuts for the rich “every day between now and the election.”

This boilerplate Democratic campaign strategy would be fine — perhaps even compelling – if deployed against a vanilla Republican candidate. Trump is, however, no Republican cast in the same mold as George W. Bush, John McCain, or Mitt Romney. In fact, as Team Clinton was revealing its intention to attack Trump for his proposal to ease the tax burden on the rich, the news cycle was already dominated by Trump’s decision to buck Republican orthodoxy on taxes in an interview with NBC’s Chuck Todd.

In that “Meet the Press” interview, Trump signaled his willingness to surrender his opening bid in the coming fight over tax code reform (well before negotiations had even begun) by insisting that his cuts on the highest marginal rates will likely be pared back by congressional Democrats. “I have a feeling we pay some more,” Trump said of his fellows in the top tax bracket. “I am willing to pay more, and you know what, wealthy are willing to pay more. We’ve had a very good run.”

Despite Trump warning the Clintons for weeks that he intends to borrow heavily from self-described socialist Senator Bernie Sanders’ playbook, Team Clinton was unable, or unwilling, to preemptively reform their message and tailor it to Trump’s populist progressivism. Nor could they adapt and respond to a news cycle dominated by Trump’s remarks on taxes and the stunning departure they represent from typical Republican economic philosophy. If Democrats fear that Clinton’s team has ossified and grown complacent, this episode should confirm those suspicions.

It’s not merely the Clinton campaign’s bullheaded determination to plunge forward with an uncreative campaign strategy that was designed and implemented well before Donald Trump became the presumptive GOP nominee. Clinton appears to have learned nothing from the pile of Republican bodies Trump left in the wake of his scorched earth primary campaign.

“She’s married to a man who was the worst abuser of women in the history of politics,” Trump said of his friend, golf buddy, and the inspiration for his 2016 presidential bid, former President Bill Clinton. “She’s been the total enabler.” The celebrity candidate added of the former first lady. “She would go after these women and destroy their lives. She was an unbelievably nasty, mean enabler, and what she did to a lot of those women is disgraceful.”

Team Clinton’s response to this brazen assault on her dignity and character was… Nothing.

“I have nothing to say about him and how he’s running his campaign,” Clinton responded. “He can run his campaign however he chooses.”

Clinton’s notorious bunker mentality might lead her and her supporters to presume that the former first lady can win the presidency by default. This is dangerously misguided. The notion that Clinton can win by ceding to Trump total control of the airwaves and playing — as Republicans played — defense to the reality television star’s endless stream of unsubstantiated accusations and bewildering, conspiratorial gibberish is a losing strategy. Hillary Clinton’s campaign team cannot count on media complacency, either. She is neither interesting nor fresh enough to attract the eyeballs necessary to sustain the revenue-starved, top-heavy newsertainment industry. Clinton will have to work for the White House, and that will mean forcing Trump to compete on the turf of her choosing.

Democrats don’t have to write an entirely new playbook to defeat Donald Trump. But if they are inclined to dismiss him as an opponent unworthy of their exertions, they’ll soon learn how wrong they were. 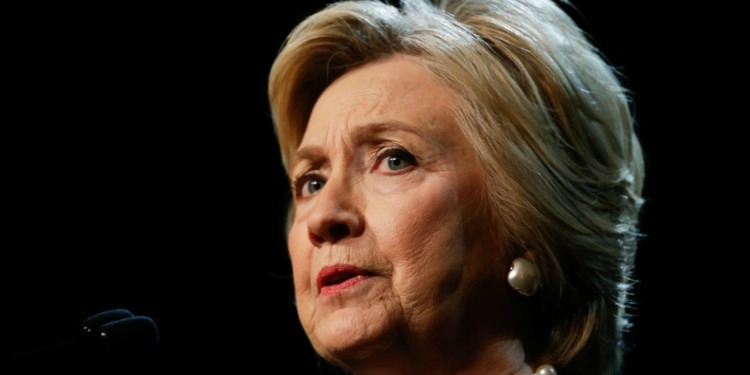