Donald Trump has done it again. The president-elect has taken to his Twitter account to articulate a shift in American national-security policy with grave geopolitical implications that cannot be understated. At least, that’s what the left would have you believe. This increasingly rote response represents another chapter in the voluminous annals of liberal overreaction to the president-elect’s social-media musings.

“The United States must greatly strengthen and expand its nuclear capability until such time as the world comes to its senses regarding nukes,” wrote President-elect Trump on Thursday. When it comes to Trump and Twitter, the left is already on edge. Add nuclear weapons to the mix, and you have a recipe for a stage-four meltdown.

Who knows what inspired the tweet or what Trump precisely meant by it? This assertion might have been the result of a meeting Trump took with Pentagon officials on Wednesday, including the Deputy Chief of Staff for Strategic Deterrence and Nuclear Integration. Or it may have been Trump’s response to having been briefed on the results of Russian President Vladimir Putin’s year-end meeting with defense chiefs in which the Russian autocrat pledged a nuclear-modernization push in 2017.

Trump was clearly avoiding specificity and to identify a detailed policy proposal in this tweet requires some divination on the part of individual observers. That didn’t stop the left from both dissecting this tweet and coming to one preordained conclusion: “We’re all going to die.”

“Can a tweet erase 30 years of careful crawling toward peace and stability?” wrote Washington Post columnist and author of a book on anti-nuclear protest movements, Dan Zak. “Is it possible to look death in the face via a tweet?”

“Very scary misunderstanding,” wrote author and physics professor Lawrence Krauss. “As if over 1000 active nukes is not enough?”

Where these and many, many other hysterical liberal policymakers and analysts determined Trump was advocating for the violation of America’s treaty obligations and decades of precedent in this tweet came from is anyone’s guess. Trump’s employment of the phrase “strengthen and expand its nuclear capability” may refer to a lot more than the development of new weapons to add to existing stockpiles. In fact, the need to modernize America’s decaying nuclear deterrent capability is a priority acknowledged by even President Barack Obama.

After entering the White House in 2009 with lofty notions of a world without nuclear weapons, Obama is leaving office having endorsed what may end up being an approximately $1 trillion plan to upgrade America’s nuclear arsenal over three decades. The president’s decision to endorse a modernization effort came only amid sharp and consistent criticism of his obdurate refusal to keep pace with efforts by America’s nuclear peers and geopolitical foes, China and Russia.

While some new systems are being developed, the core objective of any modernization effort will be to enhance the accuracy, targeting options, and survivability of existing nuclear delivery vehicles. Occasionally, some of those deliverable warheads may need to be replaced—for example, switching outdated W78 warheads with newer W87 warheads, which entered service in 1986, making them among the newest nuclear weapons in America’s arsenal. The U.S. Strategic bombing fleet and its arsenal of submarine-launched ballistic missiles also require maintenance, modernization, and life-extension programs. The weapons they are expected to deliver are aging, but they are also projected to remain reliable well into the 21st century with life-extension methods. All this is to say nothing of the crippling brain-drain within the industry of U.S. nuclear weapons specialists or the crumbling maintenance facilities like Pantex or Y-12.

This isn’t destabilizing; quite the opposite. Americans who were justifiably rattled by Donald Trump’s campaign-trail pledge to encourage American allies like Saudi Arabia, Japan, and South Korea to develop their own nuclear arsenals can breathe easy. Continuity and the maintenance of America’s nuclear deterrent should reassure U.S. allies under the “nuclear umbrella” that American defense posture is not going to change radically between today and tomorrow.

Though many objected to this proposal, the left didn’t melt into puddles of anxiety when Barack Obama dismantled fewer nuclear warheads than his last three predecessors in the Oval Office. Rather, Democrats in Congress have objected to the proposal because of its cost and the focus it may take from revitalizing America’s conventional forces—not the need for modernization.

It’s perfectly reasonable to object to the method by which Trump revealed his intention to maintain Barack Obama’s nuclear moderation plan. The language he used may be questionable, but it wouldn’t raise an eyebrow if it had appeared on a white paper instead of a tweet. The frequency with which liberals indulge in unguarded moments of anxiety over Trump’s tweets is, however, starting to detract from their novelty. 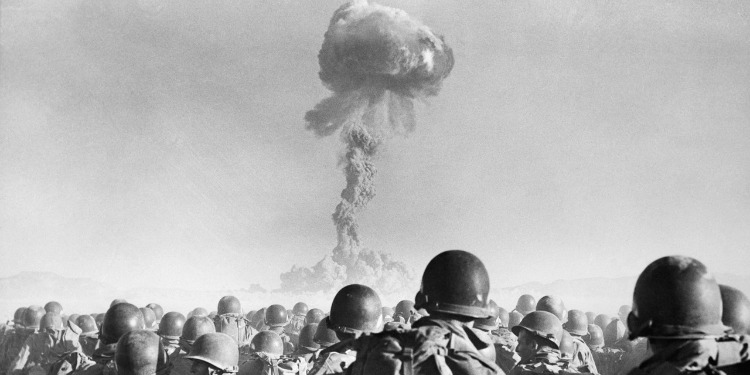