“[S]ometimes you have to prime the pump,” President-elect Donald Trump told TIME Magazine reporters when asked if Republicans in Congress would support his $1 trillion infrastructure proposal. “So sometimes in order to get jobs going and the country going, because, look, we’re at 1% growth.”

That’s textbook Keynesianism. The logic is similar to that which was favored by Barack Obama and his economic advisors in the wake of the 2008 financial crisis, but with one key distinction: The crisis it would be applied to address doesn’t exist.

John Maynard Keynes-style “pump priming” is shorthand for a package of government spending, low interest rates, and tax reductions to stimulate the economy in recessionary periods. Except there is no recession. The unadjusted unemployment rate in the United States fell to 4.6 percent in November and has been at or below 5 percent since January of this year. That same month, the metric used to measure the underemployed dropped to an eight-year low, although still above pre-recessionary levels. U.S. GDP growth in the third quarter of this year was revised upward to 3.2 percent, which is within an ideal range to sustain population growth. The Dow Industrial Average has been riding a wave since Trump’s election, breaking record highs virtually every other day.  If there is an economic crisis, it seems to exist only in the eye of the Trumpian beholder.

Only among Americans without a high school diploma is the unemployment rate still above 5 percent. Labor force participation rates continue to grow every month, suggesting more and more are finding the confidence to enter the job market. For those who are not so confident, however, the mere notion that there is no economic crisis and that their lot in life are of their own making sounds like callous and removed elitism. A cottage industry has arisen in which these voters are told precisely that; their detractors lack the proper class consciousness and can, therefore, be dismissed. To suggest that the nation is not in an economic crisis is to betray to Donald Trump’s core supporters a conspicuously bourgeois attitude.

The tragic legacy of the Great Recession is the widespread if unspoken fear that America will never fully recover. A zero-sum view of the economy that is typified by thinking that inspired Donald Trump’s “pump priming” comment—pledging personal intervention into every company’s managerial decisions to make sure not one existing job is lost—is a recipe for paralysis. For Americans who are convinced, without a shred of evidence, that the economy is stagnant because their personal financial situation languishes, this is no tradeoff at all. For most Americans, however, this is a terrible deal.

The 21st Century cannot be repealed, and America is uniquely positioned to lead it. The country’s transition from a largely industrial to service and information economy has benefited millions more than it has displaced. That is, however, small comfort to voters who perceive a crisis of the kind that demands extraordinary remedies—extraordinary remedies like Donald Trump.

The president-elect’s capitalism with a human face will no more serve those who were left behind in the economic recovery than did Barack Obama’s. As long as there are illusory enemies to attack and populist drums to bang, reconciling the Trump voter’s perception and economic reality will be a long way off. 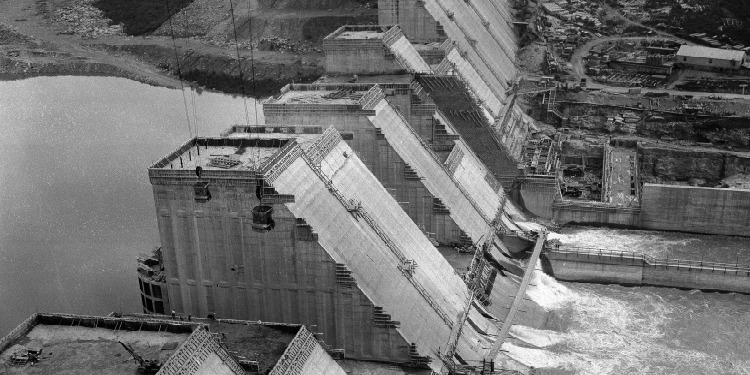