The Trump administration misled the public about the aftermath of Iran’s missile attacks on U.S. positions in Iraq—at least that was how many media outlets characterized the revelation that 34 U.S. troops had been treated for concussive injuries during Iran’s response to the strike that killed Iranian Revolutionary Guards Corps commander Qasem Soleimani. The president has said, “we suffered no casualties.” While most of those troops returned to duty shortly after the attack, some of those injuries were serious enough that they were treated out of theater.

Accuracy is important, and the upward revision of U.S. casualty statistics is newsworthy. And yet the tone that accompanied reports on these revisions exposed a naked political agenda. The “credibility gap has been a major problem as the Trump administration has tried to convince the American people it’s doing the right thing in Iran,” declared Vanity Fair’s Bess Levin in a typical response. To judge from the polling that was available when Levin wrote those words, though, her assertion was more a veiled hope than objective analysis.

Within the first week of the Soleimani strike, three public opinion surveys demonstrated a consistent pattern of public support for the administration’s actions. In each, pluralities favored the strike even if the American public was trepidatious about what might come next. Nearly one month later and with the benefit of hindsight, the American public is even more comfortable. This week, a Washington Post/ABC News poll found that a majority—53 percent—approved of the Soleimani strike with 41 percent opposed. A general sense of anxiety about what Iran will do next remains pervasive‚—and yet the public’s initial concerns about the prospect of a broader conflict with Iran have abated substantially, as they should. Reducing the likelihood of that kind of conflict is precisely what the Soleimani strike was designed to achieve.

The possibility that Trump’s approach to containing and destabilizing Iran is yielding dividends is one the president’s critics seem incapable of entertaining. In the eyes of the Obama administration in exile and their allies in the press, almost every act of Iranian aggression is Trump’s fault.

“If you want to pin the blame on Iran, you’re going to have to do extra due diligence and have some kind of international investigation,” warned Obama’s former deputy national security advisor Ben Rhodes in June 2019 following the sabotage of a series of vessels in the Strait of Hormuz (an omission of the fact that the targeted nations had done precisely that). If Iran was responsible for these attacks, Rhodes added, it would be an expected response to Trump’s abrogation of the Iran nuclear accords. Rhodes’s perspective was not shaken when Iran was starving Syrian civilians, killing U.S.-backed anti-Assad rebels, threatening to choke off the Gulf of Aden via proxy forces, orseizing American Navy vessels and holding U.S. sailors hostage while the Iran deal was in force, so it’s unsurprising that it would persist.

“The United States is also completely isolated as we find ourselves now on the brink of a much, much more serious conflict with Iran,” Rhodes averred in the wake of the Soleimani strike. If the failure of these dire predictions to materialize is a source of relief, Rhodes has done his best to disguise his enthusiasm. “Reminder that Trump said he’d get us out of wars in the Middle East but has sent 20,000 more troops there because of his self-created crisis with Iran,” he recently remarked. The lack of any appreciable “war” to speak of was no obstacle to this verdict.

Rhodes’s myopia isn’t unique to him. According to Obama’s national security advisor Susan Rice, Trump’s last-minute decision to abort a retaliatory strike against Iran for downing a U.S drone in June 2019 was a welcome one. Meeting aggression with aggression would have “marked the beginning of a costly war” because Iran would not have simply “swallowed” such an affront to its sovereignty. The only prudent response to Iranian hostility, in her view, was to unilaterally “pause” the build-up of deterrent forces in the Middle East and hope for the best. And when Trump did finally respond in kind to Iranian attacks, Rice predicted that Trump would inaugurate broader conflict no matter how he responded to Iran’s inevitable reply. “It’s hard to envision how this ends short of war,” she wrote. Confessing to a lack of vision might be an admission against interest, but it’s a welcome first step on the path toward introspection.

For months, Tehran demonstrated a willingness to court risk, and a direct conflict with Iran appeared imminent. As Secretary of State Mike Pompeo confessed last October, it was incumbent on the U.S. to “restore deterrence.” That was a serious warning. When a revisionist adversary is undeterred, it will test its freedom of action until it encounters an unacceptable level of resistance. Neither Iran nor the U.S wants a war. But by failing to calibrate its attacks, Iran could have easily miscalculated its way into one. It was incumbent on the administration to impose costs on Iran that would deter reckless acts of aggression against vital U.S. interests. Its decision to neutralize a terrorist commander soaked in American blood appears to have had the desired effect.

That is not to say that Iran’s provocations have abated. Sporadic rocket and mortar attacks from inside Iraq on U.S. positions, including Baghdad’s Green Zone, continue. But they are of the more sporadic than the assaults U.S. forces regularly endured last November and December. Foreign policy observers are correct to note that Iran is still likely to respond in unpredictable ways to the killing of Soleimani, which could take the form of asymmetric terrorist attacks on civilian targets far beyond the Middle East. That’s a worrisome prospect, but we have to remember that Iran has executed asymmetric attacks on soft targets since the Islamic Republic came into existence. If that is the form Iranian retaliation takes, it is a return to the status quo ante, and an indication that the Trump administration has made the regime more cautious.

Which leads us back to the American political media’s response to the news that Iran had, in fact, injured U.S. forces in its calibrated and telegraphed ballistic missile attack. Trump was accused not only of deceiving the public but also of callously downplaying the extent of the injuries U.S troops suffered. But what reaction would the nation’s tastemakers have preferred to see from the president? Histrionics? An ultimatum demanding satisfaction from Iran? A kinetic response against Iranian military and government targets? What strategic purpose would that have served other than to upend the president’s successful effort to deescalate the conflict?

For so many of the last administration’s devotees, the Trump administration’s approach to containing Iranian aggression is beyond comprehension. They do not seem to have ever considered that this is less an indictment of the president than a confession of their own insularity and strategic blindness. The worst-case scenarios these and other Trump critics imagined have thus far failed to materialize. That’s a relief to most Americans, but it’s a double-edged sword for the president’s most committed critics. The unavoidable implication that Trump and the hawks with whom he is surrounded were right about Iran is too much for them to stomach. 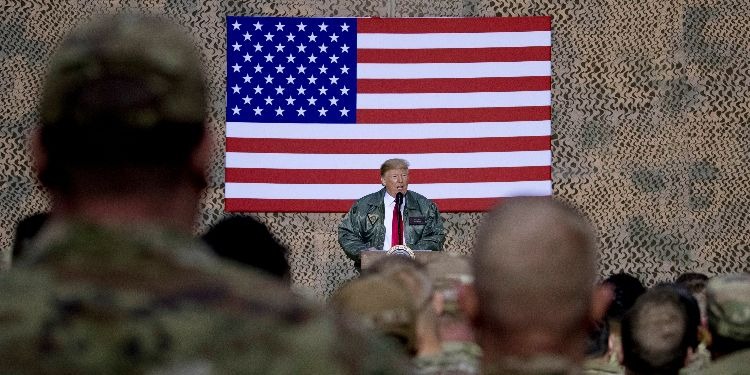