If you hadn’t been paying close attention, the news that Fox News Channel Host Tucker Carlson has all but endorsed progressive Sen. Elizabeth Warren’s aggressive policy agenda would be received like the breaking of a seal on the scroll of judgment. In fact, Carlson has often taken the logic of “Trumpism” far more seriously than its namesake, so much so that it’s often put him at odds with the executor of his new ideology. Even if this heel turn isn’t out of character, it is a case study worthy of closer inspection. If Carlson and those who share his populist predisposition believe that endorsing progressivism will yield a more culturally conservative nation, they’re sadly mistaken.

Carlson prefaced what a source close to him told the Washington Examiner amounts to an “endorsement” of Warren’s progressive policy agenda by quoting her denunciation of the global marketplace at length. According to Warren, the market disaggregates. It discourages autarky and forces nations to accentuate their comparative advantages over other nations, even at the risk of cherished indigenous industries. It sacrifices “economic patriotism” upon the altar of borderless capital. Carlson couldn’t find a word out of place. “She sounds like Donald Trump at his best,” he marveled. But this was more a lament than an affirmation.

Warren is no conservative, he ruefully conceded. For Carlson, there’s no political faction serving the interests of what he sees as the American middle: socially traditional but economically nationalist. In Washington, he says, you’re either “a libertarian zealot controlled by the banks, yammering on about entrepreneurship and how we need to cut entitlements” or “some decadent trust fund socialist who wants to ban passenger cars and give Medicaid to illegal aliens.” It’s easy to see how this caricature of the political class and the marketplace leads its adherents toward conspiracy theories, but there is no cabal of elites dedicated to ignoring the will of the American majority. The marriage of economic populism and cultural conservatism has failed in part because they are largely incompatible.

Carlson’s latest expression of frustration with the GOP is the result of the party’s failure to get on board with Donald Trump’s proposed tariffs on Mexican goods until Mexico does something to rein in migrants crossing the American border, but his logic is confused. To him, this is an “innovative new way to protect American workers” from “cheap third-world labor,” but the humanitarian crisis at the border is not the result of a cascade of able-bodied young men looking for entry-level work. The crisis was precipitated by a dramatic uptick in the number of families and young children flooding the border, which is why negotiations between the Trump administration, Congress, and their Mexican counterparts have focused on amending the rules involving detention and asylum.

For the Trump administration, curtailing the access Mexican goods enjoy in the American market is a means to an end. For Carlson, it’s an end in itself—an end that usually fails to protect American workers but does create a host of new moneyed interests in Washington dedicated to the preservation of their protection from the competition of the marketplace. And in pursuit of his stalking horse, he would make common cause with the same congressional progressives who have thus far refused to alleviate the conditions precipitating this crisis at the border.

The Fox News Channel host also favorably referenced the Bernie Sanders and Alexandria Ocasio-Cortez-backed plan to create a federal usury law that would prevent credit-card companies from charging exorbitant interest rates to people who represent a credit risk, but it is entirely unclear how this helps the noble American worker. The market for high interest-rate credit cards and payday loans exists to serve people with unestablished or bad credit—e.g. people struggling to recover from financial hardship. As Reason’s Peter Suderman observed, research on state-level usury laws shows that regulating this industry out of existence doesn’t make financial hardship disappear. It only forces people to appeal to more sordid sources of quick cash such as pawn shops or the shark-infested black market. If cultural conservatives want to create strong communities typified by ownership and investment, denying workers the ability to build credit seems like an unproductive way to go about it.

The trend you’re noticing isn’t an elusive one. Progressive economic policies do not reinforce communitarian bonds but rather hasten the atomization and reliance on the public sector that conservatives resent. This is a tested proposition. The “universal basic income” proposed by progressives in good standing like Sens. Kamala Harris and Cory Booker, for example, was attempted in the United States in the 1960s in the form of a “negative income tax,” which provided beneficiaries an income floor tied to earnings. But researchers found that beneficiaries did not use the assistance to find better work, and the program increased the strains on the nuclear family. “[T]he benefit-reduction rate also reduced the value to the family of keeping a wage earner in the unit,” read the Stanford Research Institute’s report.

“Free college,” too, creates more social stratification, not less. State-level programs (and they are all state level, since there is no such thing as a federal college) “fail to address our nation’s college affordability problem,” according to Ed Trust senior higher-education policy analyst Katie Berger, because they lack “realistic credit accumulation or GPA requirements” and have “a disproportionate impact on the students least served by higher education.” In other words, they create perverse incentives to pursue activities the marketplace would otherwise discourage.

Given Carlson’s hostility toward economic “mercenaries,” his name for capital managers who invest in entrepreneurialism and liquidate assets trapped in less efficient sectors of the economy, it’s not unreasonable to assume that he’d look favorably upon Warren’s chief mechanism for funding all of this: A wealth tax. And if he doesn’t, the pro-Trump political economy sure does. But it isn’t clear how promising Americans the world (if only the Constitution wasn’t in the way) promotes traditional conservative values. Warren’s plan likely runs afoul of the 16th Amendment’s provision of congressional authority to “lay and collect taxes on income” and the transfer of wealth—not the assets themselves simply because they exist. Moreover, her support for an unenforceable “exit tax” on Americans who would naturally seek to evade the tax by parking assets abroad or moving with them acknowledges the intractability of the profit motive in human nature.

Carlson concluded his monologue by insisting that the GOP “keeps losing” because it declines to embrace Trump’s agenda, but the first wave election of this decade that the GOP lost occurred in 2018. And it happened in a political environment not typified by a Republican schism. And traditionally conservative anti-poverty programs that reward work, such as the earned income tax credit, are gaining in bipartisan appeal.

The bond that has held social traditionalists together with free-market evangelists for decades is not one of convenience but shared interests. The market can be perverted, as any system can, but the infinite number of inputs in the marketplace and external challenges to unfair competition render it more resistant to corruption than public institutions that preserve their primacy through a monopoly on the use of force. The market deracinates, but it also strengthens the institutions that make civil society possible. Families, churches, civic associations, activist organizations, schools, community centers; all are crowded out of public life by the ever-expanding state. The market does not provide a remedy to all social maladies, but no economic system does. And utopianism isn’t a conservative goal. 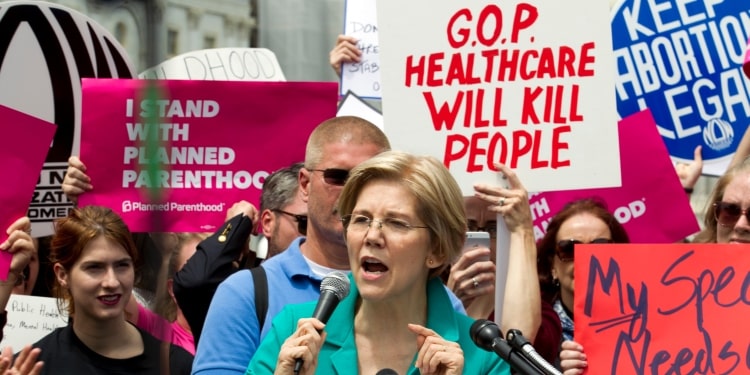