BuzzFeed News editor in chief Ben Smith would like you to know that he’s proud of his organization’s decision to publish the raw, unverified intelligence product that has come to be known as the Steele Dossier. He shouldn’t be.

A year after the infamous document was thrust into the public’s hands, Smith published an op-ed in the New York Times defending his decision to publish the dossier and excoriating his critics. Specifically, he singled out one particular category of scold: “Journalistic traditionalists didn’t like the idea of sharing an unfiltered, unverified document with the public, whatever the caveats and context.”

Smith dismissed journalists who scoffed at unconfirmed intelligence products—which are unsuited for consumption even by lawmakers, much less the general public—as “fake news.” Today, Smith claims, it is “clear that the dossier is unquestionably real news.” This irresponsible claim is the mirror image of the assertions made by Trump supporters, who are quick to declare without evidence that the entire document has been discredited.

Even if we take Smith’s premise at face value, it wasn’t BuzzFeed’s estimation at the time of the dossier’s publication that this was a credible document. “The allegations are unverified,” read a caveat at the top of the website’s dispatch, “and the report contains errors.”

Smith contends that presenting the public with an un-redacted PDF of the dossier was the only responsible way to inform us about the nature of the allegations involving Trump’s conduct on a trip to Moscow in 2013. CNN, hardly an organization composed exclusively of buttoned-down “journalistic traditionalists,” begged to differ. In its reporting on the Steele Dossier, which preceded BuzzFeed’s reckless dispatch, CNN summarized the allegations as best it could with proper caveats while declining to be more explicit about details it could not independently confirm. That’s not failing to think outside the box in the Trump era; that was being responsible.

In truth, Smith’s assertion that his organization was merely deferring to the obvious news value of the Steele Dossier is a tacked-on rationalization—especially when you consider how the organization has treated another unverified set of allegations, the existence of which has also had a series of dramatic cultural and political ramifications: The “Sh**** Media Men” list.

On Wednesday night, the author of the open document that identified over 70 men in publishing who had allegedly engaged in abusive behavior toward women identified herself. Moira Donegan’s list, which implicated both anonymous private citizens and public figures, has served as the basis for investigations and defenestrations. Donegan describes the list as a written version of a “whisper network,” through which words of caution and advice are transmitted to select audiences. The document was “meant to be private,” she said. “It was intended specifically not to inflict consequences, not to be a weapon,” but to be a “tool” in the hands of those who could use it effectively.

In the midst of a culture-wide purge of lecherous men in positions of authority, BuzzFeed’s Doree Shafrir was the first reporter to reveal the existence of this list, but she did so with admirable caution. She confessed that her instinct was to welcome its publication, but she noted that these unsubstantiated allegations can ruin lives and change the course of public events. It was therefore incumbent on reporters to be careful about publicizing these claims, no matter how many preconceptions about these men (individually or as a gender) this list confirmed.

Donegan’s decision to reveal her identity was a preemptive strike; she believed that she was about to be exposed by Harper’s Magazine, although it’s far from clear that was in the cards. Even the mere idea that the critic Katie Rophie was about to publish a piece on the Media Men list and its creator prompted a flurry of online apoplexy, resulting in threats and defamation directed at Rophie and her publication. Their concerns were valid; they feared that the exposure of the list and the accusations therein, even absent the names of accusers, would expose the women involved in its creation to harassment or worse. The detailed accusations in the list could be used by the accused to identify their accusers. The same could be said of the dossier; in fact, it has been said. According to the attorney representing the firm that commissioned the Steele Dossier, “somebody’s already been killed as a result of the publication of this dossier.”

Some will say I am committing a category error; the President of the United States cannot be compared to editors and reporters. Indeed, that’s true. If anything, a story with implications for the security of the nation and the political process should inspire reporters to be more circumspect and prudent, not less. Journalists who consider the explosive and unsubstantiated allegations in the Media Men list to be unworthy of publication are correct. The allegations in the list are explosive and have the potential to ruin lives—as would the publication of Donegan’s name without her consent. So, too, was the Steele Dossier unworthy of publication. Its exposure to the public is not justified by any of the events that followed its release, no matter how favorably anti-Trump partisans view those events.

It’s one thing to adopt a transparently arbitrary journalistic standard that applies only to Donald Trump; it’s quite another to be self-righteous about it. 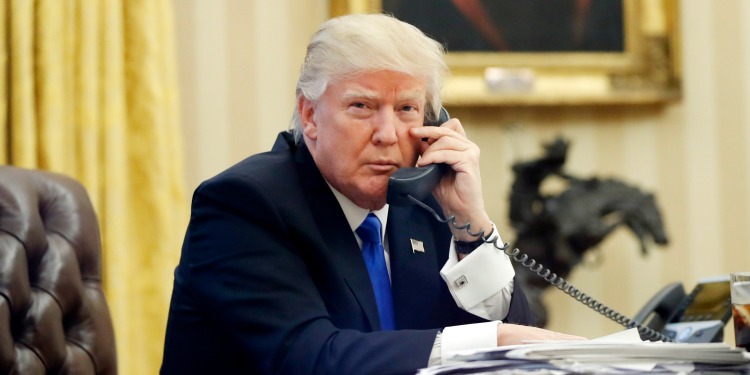