It’s not exactly a revelation that primary-election politics are designed to exacerbate intramural tensions and highlight relatively modest distinctions. But beyond personality clashes and cosmetic disagreements about which strategy is best for achieving a shared objective, Democrats are airing the very real grievances they have with Democratic governance. They just don’t seem to know it.

“Rich people are going to have to allow or be forced to allow poor people to live near them,” declared former Texas congressman Beto O’Rourke, adding that Americans have a “right” to reasonable commutes. The candidate advocated “having cities that are smarter, that are denser, that have people living closer to where they work and where their families are,” to ensure that the children of wealthy and relatively impoverished Americans “can afford to go to the same public schools.” It’s surely a matter of time before O’Rourke determines that wealthier Americans need to be “forced” to send their children to public schools for his utopian vision to be fully realized.

Occam’s Razor suggests that O’Rourke has not invested much thought into this proposal. If he had, he would have confronted the fact that the primary obstacles to realizing his vision of hyperdense, automobile-free, classless urban spaces are his fellow Democrats.

America’s urban centers are the locus of much social tension between upscale liberal residents and the progressive social engineers who govern them. The median home value in nearly 200 U.S. cities is now north of $1 million, rendering life in American metropolises a fraught conflict between renters and commuters and wealthier residents for whom property values and livability are not academic concepts.

Mobilizing around the slogan “Zoning is a Promise,” residents of affluent (and overwhelmingly Democratic) Westport, Connecticut, have organized in opposition to the expansion of affordable housing in their neighborhood—a display that is, to some, indicative of their racial and cultural ignorance. A plan to build a five-story affordable apartment block amid the detached, single-family homes in San Francisco’s Forest Hill neighborhood has generated similar concerns. “We don’t know if there are going to be sex offenders living there,” said one concerned resident at a fraught board of directors meeting. “As a parent, I am concerned about people with mental illness and drug addictions,” another added. “I want my kids to be able to play outside — that’s why we bought a house here.”

In 2016, Manhattan residents scuttled a plan for 335 below-market-rate units in the Inwood neighborhood. Baltimore-area locals were not so successful. “We have worked for years in order to have a house in the county, and the government is pushing people out here,” said one elderly resident of the city’s prosperous suburbs who suddenly found himself surrounded by public housing. “They don’t deserve to have what my family worked hard for.”

And it’s not just affordable housing that’s causing social tension in American cities. For much of 2018, Seattle’s residents waged a brutal but successful campaign to force the city to scuttle a planned tax on city residents to fund additional shelters for the city’s homeless population. A similar proposal for a complex to house the homeless in Los Angeles was derailed by city residents, some of whom literally held “NIMBY” (Not in My Backyard) signs in protest. Wealthier residents in progressive metropolises have lobbied their cities to block the expansion of bike lanes, light-rail stations, bus routes, and safe sites in which drug addicts can indulge their habits.

The problems of affluence in a growing number of American cities is real. Conservatives are quick to dismiss concerns over the scourge of urban “gentrification” as the self-loathing lament of the gentry class, but it is a real problem for long-time city residents who find themselves displaced amid evolving economic realities.

Market-oriented solutions to the problem of housing affordability in urban centers—like “upzoning” proposals, which increase housing density near public transit and commercial centers—do not always yield falling home prices, as one experiment in Chicago demonstrated. But as that same study stated, the political privileges of entrenched city aldermen limit the effectiveness of these reforms. For renters, the trends of “micro-housing” and communal spaces provide some residential access to the city center, though in dystopian conditions those with limited historical sensitivities have taken to calling “camps.” Of course, the simplest solution to the problem of unaffordable housing in America’s urban centers is an increasingly popular one: move.

“The biggest U.S. cities are still drawing more people than they are losing, but the rate is slowing,” the Wall Street Journal reported this week. “People who do their jobs from home, freelance, or constantly travel for work are migrating away from expensive urban centers such as Los Angeles and San Francisco toward cheaper cities including Boise; Denver; Austin, Texas; and Portland, Ore., according to economists and local residents,” the dispatch reveled. And though these transplants are taking their congestion and rising home prices with them, they’re taking their affluence, too. As genuine as the problem of gentrification is today, the threat posed by the flight of the tax base to the suburbs is well-known and almost certainly worse for long-term urban residents.

It is a safe bet that Beto O’Rourke has devoted no time to the contemplation of these complex and interrelated issues. Whether it is American race relations, gun crime, or, now, affordable housing, his instinct is to conjure up “rights” that require the labor of others to realize and to use the coercive power of the state to “force” Americans to engage in behaviors he prefers. It is a default cognitive tick he shares with many of his fellow Democrats, and it’s debilitating. O’Rourke’s technocratic outlook obscures the real sources of the problems he ostensibly wants to address and ensures that he will not be the author of their solutions. 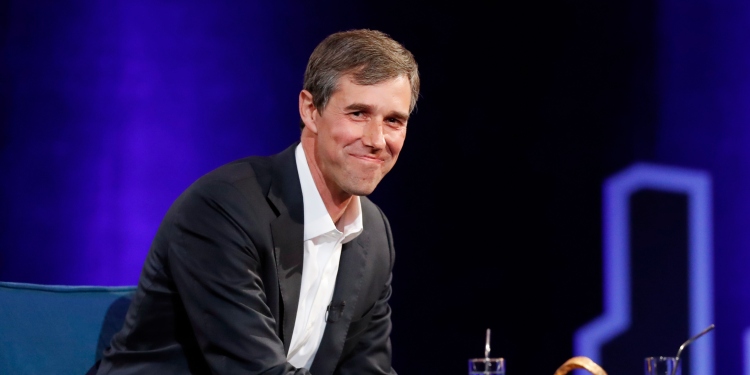