As the Taliban’s offensive around Afghanistan intensifies, culminating in the reported sacking of Herat, Ghazni and, imminently, Kandahar, every hour presents us with new opportunities to plumb the depths of our capacity for abject humiliation.

On Wednesday, officials within the Biden administration confessed to Washington Post reporters that the total collapse of the Afghan government could come much sooner than they had thought. Initially, intelligence estimates suggested that the Afghan capital of Kabul could hold out for six to twelve months after the U.S. military abruptly left the country. Those estimates have been revised. Now, intelligence analysts believe Kabul will be under siege within the next 30 days, and it is expected to fall (along with the pro-American government) to the Taliban before the end of the year.

With the expectation that the end is nigh, the Biden administration is reduced to begging this medieval insurgent group to spare us the worst of their retribution. The New York Times reports that U.S. Envoy Zalmay Khalilzad has been tasked with asking the Taliban for permission to leave the U.S. Embassy in Kabul open. The Biden administration is even dangling the prospect of “financial aid and other assistance” to the “future Afghan government”—a Taliban-run enterprise, presumably—if they’ll guarantee the facility’s security.

Why the Biden administration would accept such guarantees at face value, even if they were forthcoming, is a mystery. U.S. defense officials who spoke with NBC News reporter Courtney Kube recently warned that the Taliban’s reconquest of Afghanistan would “allow Al Qaeda to rebuild and consolidate, creating security concerns well outside Afghanistan’s borders.” That should come as no surprise given the Taliban’s refusal to renounce violence, terrorism, or its relationship with the terrorist group responsible for the September 11 attacks. It could only fail to unnerve those most committed to retrenchment, regardless of the risks to American lives and interests that policy begets.

They’re beginning to say it out loud now: “the fall of Saigon.” That’s the parallel American officials are starting to make, especially the officials still operating the U.S. Embassy in Kabul, according to the Times. That mortifying defeat and the psychological malady, “Vietnam syndrome,” that accompanied it looms increasingly large in the minds of policymakers. CBS News reports that defense officials are dispatching troops back to Afghanistan—but only temporarily—to facilitate the emergency evacuation of the U.S. Embassy and avoid the ugly images that were seared into the American imagination in April 1975.

But perhaps we shouldn’t fret too much. If NBC’s reporting is correct and Afghanistan once again becomes a host to Islamist terrorist groups capable of exporting terrorism abroad, that’s a threat American policymakers won’t be able to tolerate. Unlike Vietnam, we’ll be back in Afghanistan before long, but at a time and place not of our choosing and with all the subsequent tactical disadvantages.

If the Biden administration is worried about the political fallout they’ll suffer as a result of presiding over this embarrassment, they’re not acting like it. But they may soon enough. If events in Afghanistan continue along their present trajectory, the White House will finally have to start asking themselves why no one seems to be celebrating the end of “America’s longest war.” 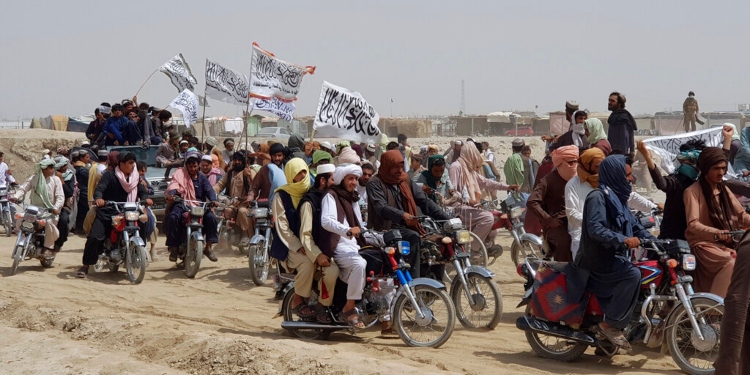