The financial outlook for America’s strained entitlement programs grew worse on Monday. For the first time since 1982, Social Security’s trustees announced that the program’s ballooning costs are expected to exceed the revenue it takes in by 2020. Perversely, this was welcomed as good news, since that red line was supposed to be crossed in late 2018 but was delayed as more people entered the labor market. But the good news ends there. In 2035, just 16 years from now, Social Security’s funds will be insufficient to meet its obligations.

The prospects for America’s largest entitlement program, Medicare, are no rosier. That program’s hospital insurance fund will run aground as early as 2026, and, unlike the situation with Social Security, Medicare’s trustees found that increased tax revenue has not altered its doomed trajectory. According to last year’s estimate from the Congressional Budget Office, the federal debt, which is currently equivalent to 78 percent of U.S. gross domestic product, will reach 100 percent of GDP in 2028. That projection rests on several assumptions, among them that there will be no new federal spending initiatives, wars, or recessions, and a projected decline in defense spending materializes. All of this is, to say the least, unlikely.

Americans know that a debt crisis is coming and they do not care. In 2005, George W. Bush outlined a major initiative to reform social security that would introduce secured individual investments into the system, stabilizing the program and rendering it financially sustainable. The effort failed. In 2012, Mitt Romney and Paul Ryan recommended gradually raising the retirement age for younger workers and slowing the growth in benefits for Americans with higher incomes. They were defeated. And, in 2016, Donald Trump explicitly ran against conservative efforts to rein in entitlement spending, promising only to save those programs by curtailing fraud, waste, and abuse. He won. And although Trump’s administration has since made some promising nods toward needed reforms, the president did not demand them of the Republican-dominated Congress that he benefited from in the first two years of his administration, and that Congress did not deliver those reforms to the president’s desk.

Americans have voted themselves into an entitlement and debt crisis, so it’s time to take a good look at what that crisis would entail.

Given that the United States is a nation with a central bank and has the privilege of printing the world’s reserve currency, the idea that the U.S. will default on its debts and enter insolvency is hard to imagine. But that doesn’t mean that such a crisis will not have deleterious effects on the quality of American life. As the federal government spends more on the interest on its debt, borrowing costs will also increase. As more tax revenues are directed toward banks, less revenue is available for projects that could have a positive economic impact, putting downward pressure on growth and, thus, tax revenues.

Like the tide dramatically receding ahead of a tsunami, the first sign of a fiscal crisis would likely be capital drying up as investors begin to lose confidence in the federal government’s ability to manage its finances. That decline in confidence would occur abruptly, as most crises of confidence do. So, the decline in America’s capacity to borrow at affordable rates would occur suddenly.

The CBO assumes that interest rates would rise gradually in response to a confidence deficit, which would curtail Americans’ ability to borrow. This means homebuyers seeking a mortgage, students applying for a loan, entrepreneurs hoping to start a business. Credit would begin drying up. As investments in the economy decline, growth would contract even further, inviting the prospect of a pronounced recession (if we’re not in one already). And then the entitlement crisis hits.

When Medicare hits the skids, doctors, hospitals, and nursing homes would have to make do with less. Mandatory cuts to outlays for care providers will be the first effect of a crisis. Some care providers might bear the burden, triaging patients and rationing care. Others would simply stop accepting Medicare entirely. Some parts of Medicare, like Parts B and D, which draw from the program’s trust fund or the general federal treasury would be in better shape than other aspects of the program, but the cascading effect of a debt crisis would soon impact those elements of Medicare, too.

All of this will have a substantial impact on the political climate, and no one will be demanding monetarist austerity in response to the crisis. American politicians will be expected to tax and spend their way out of this predicament, easing the immediate pain of the crisis and priming the economic pump to stimulate growth. But the costs of borrowing may be prohibitive, and the risk of inflation would result in even more political dysfunction. When the money in your pocket depreciates, so, too does your faith in the political system. Americans could be expected to demand radical political reforms amid such a calamitous series of events, and those reforms may not be entirely compatible with constitutional republicanism.

There is still time to avert a crisis. The political class knows what must be done—they’ve known for some time. But they are hostage to the demands of the demos, and voters get what they want. For now, it seems, the crisis is inevitable. Perhaps its time to brace for it. 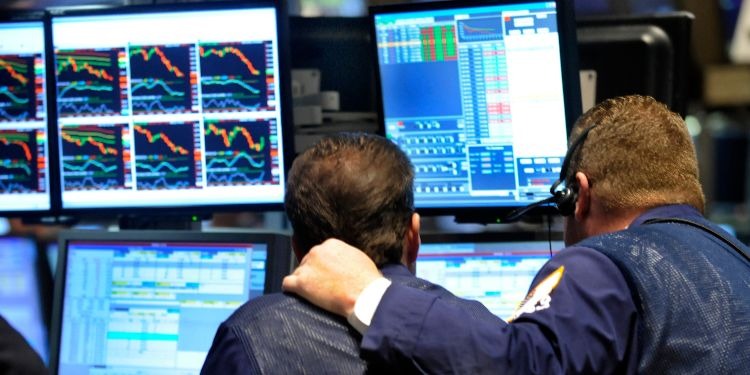