When political reporters are compelled by necessity to report on subjects that cast liberals in a negative light, nothing is more welcome than a reaction quote from a Republican. If a Democrat or a progressive interest group finds itself in the dock, the press can always count on Republicans to rescue liberals from due opprobrium by virtue of their very existence. The story is never the story; for political reporters and editors alike, the Republican reaction to the story is the preferred prism through which to view events Democrats find… discomforting.

On Tuesday, the federally-subsidized abortion provider Planned Parenthood had its worst news cycle since the Supreme Court’s decision in Burwell vs. Hobby Lobby. In a candid video filmed over a two-and-one-half hour lunch, Planned Parenthood’s senior director for medical services, Dr. Deborah Nucatola, dished about the marketplace for discarded fetal organs and body parts in between delicate bites.

“We’ve been very good at getting heart, lung, liver, because we know that, so I’m not gonna crush that part,” Nucatola told her dining partner. “I’m gonna basically crush below, I’m gonna crush above, and I’m gonna see if I can get it all intact.” She went on to describe how to best remove a child from a womb and to remove its brains while preserving its body in order to meet the demand for infant hearts, lungs, muscle tissue, et cetera.

The bombshell revelation about an organization that received $27.8 million from taxpayers this year alone should have made national headlines if only to clarify the nuanced legalities of Planned Parenthood’s organ transfer practices. The 1993 National Institutes of Health Revitalization Act makes it illegal to “knowingly acquire, receive, or otherwise transfer any human fetal tissue for valuable consideration if the transfer affects interstate commerce,” although exceptions are made for reimbursements related to the transportation, implantation, processing, preservation, and storage of human tissue. It is, however, legal to donate the discarded tissue of aborted infants with parental consent.

That does not mean that there is no profit motive involved in the trade of fetal organs. Planned Parenthood is “reimbursed” for its services; Nucatola even referenced specific dollar figures. “Nucatola’s blasé butcher’s banter makes it clear that this is a competitive market and that supply and demand, not Planned Parenthood’s expenses, is what sets prices,” National Review’s Kevin Williamson observed. It’s a marketplace the American public would surely be interested to know more about.

But there was no shocked media coverage and little appreciable outrage over the grotesque callousness displayed by Nucatola outside of traditionally pro-life conservative circles. The Washington Post, for example, didn’t cover the video that was released in the early morning hours until 4:31 p.m. ET. Similarly, former Washington Post reporter and current Vox.com scribe Sarah Kliff excused her paper’s refusal to cover the criminal late-term abortionist Kermit Gosnell because that was a “local crime story” in the backwater burg of Philadelphia. But at least the Beltway paper ran with the story. Many of its competitors ignored it entirely. Something is amiss here. A political media that catapulted an obscure Texas state senator to stardom over the quixotic filibuster of her state’s 20-week abortion ban barely uttered a peep about this shocking video despite its wild popularity in social media outlets. In retrospect, the delay was perfectly explicable. The press was searching for a particular angle: How to frame this story as a peculiar fixation of conservatives.

The Hill led the way: “Republicans seize on Planned Parenthood video,” the headline read. The critical information, the pitiless discussion of human dismemberment and the value of their precious organs for traffickers, was apparently not as fascinating to The Hill as was the reaction from conservatives to Nucatola’s bloodless candor.

This is not a new phenomenon. Republicans engaging in displays of human cognition and reacting to exogenous events often frees the press of their responsibility to report on the merits of a particular story that reflects poorly on Democrats or liberal interest groups. In the spring of 2013, the Obama administration found itself embroiled in a series of simultaneously unfolding scandals. From the IRS targeting scandal, to the White House emails revealing Benghazi-related talking points, to the Department of Veterans Affairs systematically covering up deadly wait times, the administration found itself besieged on all fronts. But what was the political press fascinated with? When Republicans would inevitably “overplay their hand.” The story is never the story.

Political reporters are curiously enthralled by how frequently “Republicans pounce” on stories that could imperil Democratic electoral prospects. “Gasoline prices are on the rise, and Republicans are licking their chops,” read the lead in a 2012 Politico report on the Republicans who “pounce” on skyrocketing prices at the pump. When a hot mic caught President Barack Obama promising then Russian President Dmitry Medvedev more “flexibility” in his second term, National Public Radio discovered that Republicans had pounced yet again. When Obama contended in that election year that the private sector was “doing fine” in the third year of an anemic economic recovery, Republicans pounced once more. Flash-forward to Hillary Clinton’s preposterously false assessment of her family’s post-presidential financial situation, and Republicans were accused of pouncing on her “dead broke” comment.

Another variation of the familiar theme holds that Republicans “seize” on news that puts the opposition party in an uncomfortable position. “Republicans seize on HSBC scandal to hold up Loretta Lynch’s confirmation,” read The Guardian’s headline regarding a 60 Minutes exposé surrounding Attorney General Loretta Lynch’s role in negotiating a settlement with the China-based bank after it was implicated in facilitating money laundering by Mexican drug cartels and helping its clients evade U.S. sanctions. “Republicans seize on health law’s growing problems to slam Democrats,” the Associated Press revealed in 2014, much to the presumed glee of the majority of the public that disapproves of the law and its myriad disastrous effects on the insurance market. When President Obama failed to produce a budget in February 2014 (his previous two budgets having received precisely zero votes in the Democrat-controlled Senate), Republicans seized again.

To any competent editor, a political party capitalizing on the problems of its opposition is a dog-bites-man story. If that narrative construction distracts from Democratic scandals or failures of governance, however, it’s excusable. It is no longer possible to suspend disbelief; once is an accident, twice is a coincidence, but the course of an entire two-term presidency is enemy action.

When Republicans pounce, you can be sure that the press will cover the leap and not their target. 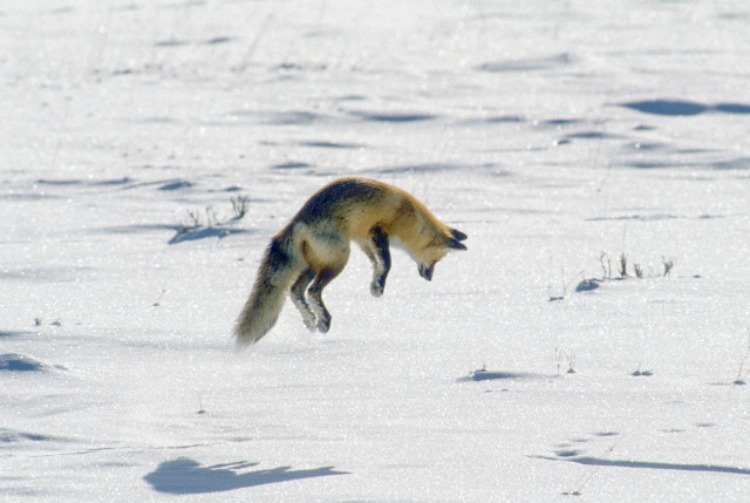