The latest controversy in the world of American wokeness reads like a parody of the phenomenon.

This week, the online publication Slate indefinitely suspended without pay one of its most well-known podcasters, Mike Pesca, after it became known that he had a private conversation with a fellow employee about the controversial firing of New York Times staff reporter, Donald McNeil. McNeil was let go after the outside world became aware of a conversation he had with students in 2019 when he was asked for his thoughts on whether it was appropriate to impose professional consequences on someone who uses a noxious racial slur. During that conversation, McNeil used that slur (which he was encouraged to do) to illustrate his point. And for that, he was fired. “My points,” Pesca told his colleagues in an internal chatroom discussion, “are his internal conduct was in a grey area, you guys don’t think it was.” This offense resulted in Pesca being consigned to professional limbo.

If it wasn’t clear before, it should be now: We are in the midst of a moral panic. This episode represents yet another assault on discourse which now includes shared frames of reference. It is of a piece with the mission to “disrupt texts,” which posits that we should not contextualize literature that is a product of its time; instead, we should bowdlerize it or even ban it. It is the same mission that would tear down statues of Abraham Lincoln as readily as it would statuary memorializing Confederate dead because it is disdainful of the norms that prevailed in his lifetime. It is the same censorious, power-mad cultural ethos that has transformed even the pedagogical exploration of offensive subject matter a fireable offense.

This is an utterly uncompromising assault on context, the study of history, and the value of unfettered intellectual debate. It is a wonder that the executors of this cultural revolution are shocked to find that some people don’t take too kindly to the effort. What’s more, some of those who aren’t comfortable with this campaign of historical revisionism helm some rather powerful institutions. And those institutions, some of which are not beholden to America’s constitutional protections on speech and expression, are fighting back.

The government of France, for example, has all but declared war on the woke. “There’s a battle to wage against an intellectual matrix from American universities,” French President Emmanuel Macron averred. In France, a nascent intellectual movement alleges that some of the tenets of modern social justice, particularly the activists’ view that racial characteristics are linked to immutable habits of mind, are an assault on the preferred French conception of race as a subjective condition. In the view of its opponents, these uniquely American ideas poison the water, sow discord, and give comfort to an “Islamo-leftism [that] corrupts all of society.” And now, the heavy hand of French cultural policing has descended on universities that lend credence to these views.

A similar backlash is underway on the other side of the Channel. “I am deeply worried about the chilling effect on campuses of unacceptable silencing and censoring,” British Education Secretary Gavin Williamson declared in a speech last week. “That is why we must strengthen free speech in higher education by bolstering the existing legal duties and ensuring strong, robust action is taken if these are breached.” The speech was accompanied by a declaration of the British government’s intention to impose legal mandates on universities to actively promote free expression and fine those institutions that fail to uphold this charge.

Framing the issue in no uncertain terms, Secretary of State and Housing Robert Jenrick vowed to “save Britain’s statues from the woke militants who want to censor our past.” The government’s move has been bolstered by private British institutions, which are ramping up their efforts to petition courts for redress on behalf of those who face professional consequences for violating social justice’s tenets.

It shouldn’t be, but it is somewhat surprising that the most aggressive defenders of social justice’s campaign of intimidation are horrified by the counterattack.

“In reality, the biggest threats to academic freedom and free speech come not from staff and students, nor from so-called ‘cancel culture,’ but from ministers’ own attempts to police what can and cannot be said on campus,” mourned Britain’s University and College Union general secretary, Jo Grady. London’s initiative, she continued, will rob academics of their ability to “speak truth to power.”

In France, the academic community has lashed out at Minister for Higher Education Frederique Vidal’s investigation into researchers whose work looks “at everything through the prism of wanting to fracture and divide” and blur the distinctions between scholarship and “activism and opinion.” A statement from the National Center for Scientific Research accused Paris of seeking to “delegitimize different fields of research such as post-colonial studies.”

The world of woke political commentary is particularly incensed by this censorious assault on their own censorious values. “This is very worrying,” one French academic told VICE News. “This is a political attempt to control knowledge.” Another added that the French government had committed itself to a course of action precedented only by the Vichy regime. And as VICE chronicled, academics and university-affiliated researchers have been bombarded of late by “threats from France’s far-right,” which are largely supportive of the government’s move.

In the U.K., Guardian columnist Zoe Williams accused London of creating “more divisions” in pursuit of “monoculturalism” at the expense of more “productive discussions.” Historian David Olusoga agreed, charging Boris Johnson’s government (and Donald Trump’s) with promoting a “vision of the past is simplistic, reductive and ahistorical.”

These concerns are perfectly valid. Indeed, they are precisely the accusations leveled by opponents of social-justice maximalism. In service to a shallow and revisionist account of human events, one which seeks to distill complex narratives and even more complicated people down to one unified theory of history, a tyrannical contingent of cultural revolutionaries are attacking the foundations of our shared cultural understandings. Those who resent the severe reaction their activism has produced in France and Britain are staring into their own reflections, and they don’t like what they see. 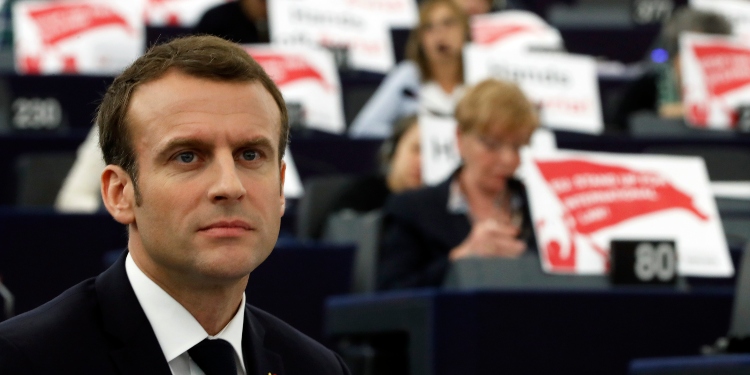