The racist terrorist who took the lives of at least 49 Muslims in the attack on two New Zealand mosques last week wanted to start “a civil war that will eventually balkanize the US along political, cultural and, most importantly, racial lines.” The attacker wrote those words in a deranged white-nationalist manifesto, and he will surely be delighted by the exposure his ramblings are receiving.

For days, the press has pored over this despicable document. Experts have analyzed it, and influential figures have been questioned about it. Though it risks publicizing the semi-literate thoughts of a deluded racist with a messiah complex, some of this was done for good reasons. Most of it, however, was an effort to affix blame to people and institutions closer to us than the monster who executed them—in particular, one Donald Trump, whom the terrorist named as “a symbol of renewed white identity and common purpose” but a terrible executor of white nationalist policy. White House advisor Kellyanne Conway recommended that “people should read” the manifesto “in its entirety” because, in her view, it exonerates the president. This is, to put it mildly, bad advice. An artificial exegesis of a blinkered mass murderer’s incoherent meanderings will not clarify the nature of the threat he and his ideological allies pose. But nor should observers ignore the ideology that compelled this attacker to massacre Muslims in their houses of worship. To do so would contribute to the appearance, perhaps even the reality, that there is a double standard for combating terrorism.

Writing in the Washington Post, Anne Applebaum questions why Western governments have failed to treat radical white supremacism as a threat equal to the one posed by radical Islam. She has a point. The increasing popularity of the underground networks to which prospective racist radicals gravitate has preceded increased incidents of mass terroristic violence. Her colleague Max Boot agrees. “We need to apply the same methodology to right-wing terrorists and root out the ideology that inspires them,” he wrote.

There are noteworthy similarities between the noxious ideologies that animate radical Islamists and white supremacists. Both worldviews are fundamentally incompatible with the egalitarian, meritocratic ideals at the heart of the American founding ethos. In my book, Unjust: Social Justice and the Unmaking of America, I explore how the white nationalist right in America and around the world has adopted a reactionary outlook that views representative democracy, pluralism, and institutional colorblindness with suspicion, if not outright hostility. And the president absolutely deserves the repudiation he has received for abdicating his responsibility to denounce and marginalize these views.

Like radical Islam, white supremacism is a cultish movement that attracts the disaffected and socially estranged, but its philosophers and theorists are exceedingly dangerous, in part, because they are educated, upwardly mobile, and effectively mimic the scholasticism of the academy in their writings. They labor in the shadows and under pseudonyms, but they are generating traction within the online communities Applebaum identified as hubs in which racist demagoguery is trafficked. It begins as irony, then it becomes a kind of seductive transgression against accepted social conventions, and it can end up as violent and oppressive totalitarianism.

Also, like radical Islam, white nationalism is a proudly anachronistic idea. The New Zealand terrorist claimed that he was influenced by, among other atrocities, the 2015 murder of nine parishioners at an African-American church in South Carolina. The person responsible for that act of racist violence looked to defeated causes and defunct states, like the Confederacy, Apartheid South Africa, and Rhodesia as sources of inspiration. Islamist radicals, too, are motivated by an idealized past in which theological caliphates dominated the intellectual and political life of millions.

But there are important distinctions between Islamism and white supremacism. Unlike the extinct societies for which violent white supremacists pine, the Islamic State’s so-called caliphate is only now being completely dismantled. Only as the walls closed in around ISIS and al-Qaeda’s affiliates in the Middle East did their capacity to export terrorism declined (albeit from an intolerably high body count).

The global financial and arms networks into which aspiring Islamists were able to tap at the beginning of this century goes far beyond anything white supremacists can even imagine. Some of these robust and elusive networks remain stubbornly intact. Nothing comparable is available to the white nationalist right in the United States. What’s more, the mature Western democracies they seek to corrupt are far more stable and resilient than the developing nations in which radical Islam thrives, where Islamist terrorist networks serve as an alternative source of civil society and function as communal mediating institutions.

These are subtle distinctions, but they are not minor. These two ideologies are the enemy of civilization. They are competing visions of how to organize society, and those who see mankind’s highest aspiration as establishing universal equality before God and the law must dedicate themselves to their destruction. Combating them requires specific, tailored tactics. Only a government can smash a threatening state or break up a global non-state network of well-financed and carefully trained terrorists. Identifying and neutralizing the threat posed by “lone wolf” terrorists is more a societal challenge than a governmental challenge. 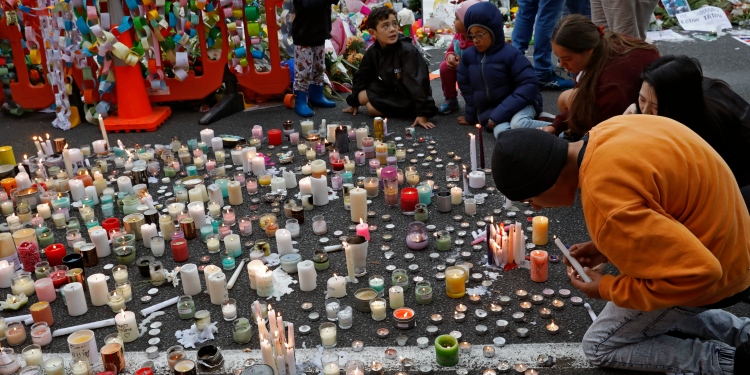