Barack Obama entered office with a mandate to end America’s post-9/11 wars in Iraq and Afghanistan. He will leave office in three months having presided over the proliferation of America’s conflicts in the Middle East and Central Asia.

Add Yemen to the list. This week, to the terrifying disinterest of the American public, three U.S. Naval vessels off the coast of Yemen were targeted by sophisticated anti-ship missiles on several occasions. The White House responded to this attack by launching a retaliatory cruise missile attack on radar facilities inside Yemen, resulting in their destruction. On Friday afternoon, the White House sent a letter to House Speaker Paul Ryan formally informing him of his order to use military force pursuant to his authority under the War Powers Resolution.

The United States has been conducting drone strikes targeting al-Qaeda in Yemen for years, but strikes on government targets now controlled by the Houthi militia is a new development. The Houthis, an Iran-backed force, overran Yemeni government positions in the nation’s northeast in 2014, complicating America’s mission in Yemen. Iran’s bold intervention in Yemen behind a proxy force was a predictable result of the Islamic Republic’s rehabilitation by the Obama administration, which sought not only to ink a nuclear deal with Tehran but also to outsource Iraqi security to the region’s predominant Shiite power after U.S. forces withdrew from the region. Following the fall of Yemen’s capital Sana’a to Iranian proxies, Saudi Arabia—Iran’s chief competitor for regional hegemony—found the condition so intolerable that they intervened militarily in the conflict (with the support of the White House). All the while, the Obama administration has had the gall to call this muddled approach to conflict resolution in the Middle East “smart power.”

This is not the only conflict exacerbated by Iran that the United States is busily seeking to contain. American air power and Special Forces are at work in and over Syria trying to put the toothpaste back in the tube of that nation’s brutal civil war. Iranian forces intervened in that civil conflict in order to prop up their ally, Bashar al-Assad, in 2012—another brazen expansion of Iranian influence in the region that went unanswered by the United States. There are now nearly 6,000 U.S. troops in Iraq again following total U.S. withdrawal in 2010. Those soldiers are tasked with advising Iraqi Security Forces in their mission to beat back the ISIS militia, but their advisory mission often closely resembles frontline operations and has resulted in the combat deaths of U.S. soldiers.

Obama undertook a humanitarian mission over the skies of Libya in 2011 that quickly transformed into combat operations against the Islamist militias that filled the void left by the defunct Gaddafi government. Just last week, the United States conducted 20 strikes against Islamic State militias around the port city of Sirte in what has been described as some of the “heaviest bombing since the start” of Operation Odyssey Lightning two months ago.

And let’s not forget Afghanistan, the war that Obama entered office insisting that George W. Bush had neglected. As of June, the Taliban controlled more territory in the country than at any point since America’s 2001 invasion. Taliban fighters are presently engaged in an offensive aimed at capturing Lashkargah, the capital of Helmand Province. The NATO-led Afghanistan mission revealed that, in response to this offensive, Western advisors were being sent to aid Afghan troops in their effort to secure the neighboring province of Farah. All this occurs as an Iraqi-style campaign of terror deadly bombings and shootings continues unabated in Afghan cities like Kabul and Kandahar. American combat operations in Afghanistan formally ended in 2014.

It’s become a punchline to observe that the Nobel Peace Prize Committee awarded Barack Obama its highest honor in 2009 simply for not being George W. Bush. That this line is a bit worn doesn’t render it invalid. Bush was derided in his time as an aggressor with a quick trigger finger, but Obama has demonstrated that fecklessness in an American commander-in-chief is a far greater threat to international stability and peace. The next president will inherit not merely two but five ongoing hot conflicts against a variety of foes, some of which are state-based actors. It remains to be seen whether they accuse their predecessor of having carelessly mishandled American geopolitical affairs. 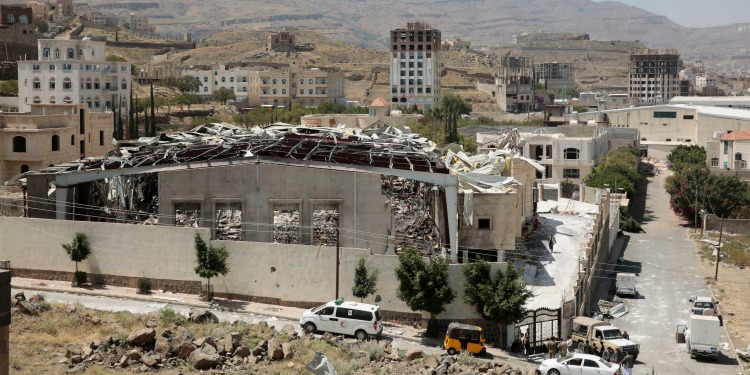