When the “Green New Deal” and its supporting documents were first released, all but the most zealous climate-change activists noticed that much of the legislation was only tangentially related to environmental remediation. The policy proposal also called for a federal employment guarantee, the universalization of Medicare, “debt-free” college, and a basic minimum income. Why? Because all of that would be critical if the fossil-fuel industry and the economic sectors that rely on it were dismantled.

This vision of revolutionary economic transformations would deracinate millions. The displaced, therefore, must be “transitioned” into occupations that Washington’s aspiring social engineers deem valuable. This multi-trillion dollar apparatus is merely the infrastructure necessary to preserve a minimum living standard following the destruction of the productive economy.

If that sounds a little condescending to you, it should. The Green New Deal mentality sees people not as complex, productive human beings with thick and rich ties to their communities but as problems to be fixed. These are not individuals with chosen associations and skillsets acquired over a lifetime but cogs in a machine—interchangeable and replaceable, given the proper investments and guidance from enlightened bureaucracies.

The Green New Deal proved a source of unending humiliation for those Democratic lawmakers who concerned themselves with winning elections, but the document was nevertheless an honest expression of the prevailing ethos on the environmentalist left. Even the Biden administration has displayed flashes of this contemptuous snobbishness.

“And with the stroke of a pen,” Senator Ted Cruz said of the Keystone Pipeline last week, “President Biden has told those 11,000 workers, those union workers, ‘Your jobs are gone.’” Cruz asked his interlocutor, Transportation Secretary-designate Pete Buttigieg, what he might say to “those workers whose jobs have just been eliminated by presidential edict.” Buttigieg’s response played directly into Cruz’s hands. “The answer is that we are very eager to see those workers continue to be employed in good-paying union jobs,” he explained, “even if they might be different ones.”

This week, Biden’s Climate Envoy, former Secretary of State John Kerry, ill-advisedly elaborated on what Buttigieg meant by “different” jobs. “What President Biden wants to do is make sure that those folks have better choices,” Kerry said. The health risks associated with, for example, fossil-fuel extraction as an occupation alone should make people who are employed in those fields eager for a career change. Why should someone be trapped in a coal mining job, for example, when that person could be safer and happier as a solar panel or wind turbine technician. “Same people can do those jobs,” he asserted. “That is going to be a particular focus of the Build Back Better agenda.”

The assumption embedded in comments like Kerry’s and Buttigieg’s is that, absent the interventions of a beneficent federal government, the lives these suffering masses lead today are not of their choosing. They could not possibly have opted of their own free will to live where they do, to surround themselves with the people they associate with now, and to educate themselves in and train for the occupations in which they are engaged. They must be hostages to forces beyond their control. Not only would reinventing the consumer economy from the top-down mitigate the effects of climate change, but these souls could also be liberated from their imprisonment.

The Biden administration is engaged in some sloppy sleight of hand by using the language of choice to describe a series of conditions that social engineers would impose on the unsuspecting public. Choice has been removed from the equation—for the good of the planet, of course, but also for your own benefit. This is not a species of philanthropy but resentment. It’s a display of frustration with the proletarian rabble who won’t be led to water, much less drink. And, ultimately, it is a conceit that lays the psychological foundations for the extreme measures, which will be justified not despite the public’s resistance but because of it.

Those who think they’re performing an act of charity by promising to rob millions of their chosen way of life and consign them to service in a “civilian climate corps” surely have the best of intentions. Social engineers who see people as obstacles to realizing their vision usually do. But this is an outlook that sets the stage for conflict. And if history is any guide, the outcome of a fight between the voters and the public servants who despise them is predetermined. 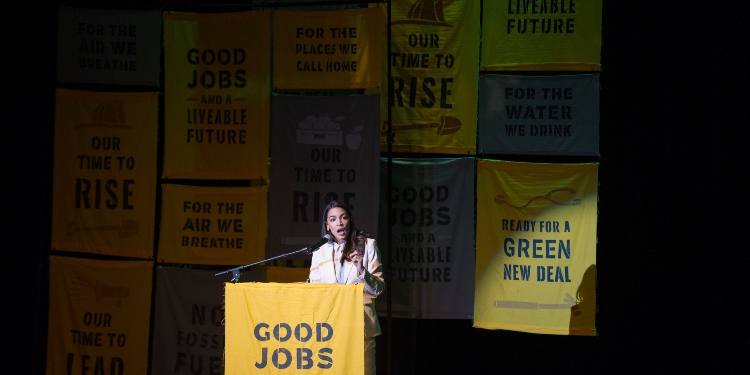