Republicans on the federal level are in a state of disarray. They’re riven by infighting and factionalism. They don’t have a captivating message that might appeal to the voters they lost over the course of Donald Trump’s presidency. Nor do they have a competent messenger to disseminate one if it existed. If they’re united at all, it is in their contempt for democracy itself—which is suggestive of the party’s prohibitive electoral deficiencies. And if polling is any indication, the headwinds that the party in power should face aren’t blowing with historically typical strength. Democrats are in a surprisingly strong position ahead of 2022.

Or so the story goes.

But to hear congressional Democrats tell it, the story is just that: a happy narrative that obscures their party’s troubles. And they make a convincing case.

“If the election were held today, we would lose.” That, multiple sources claimed and the Democratic Congressional Campaign Committee confirmed, was the verdict reached by DCCC chair Rep. Sean Patrick Maloney. He issued this dire warning during a recent closed-door meeting of vulnerable House members and senior Democratic campaign officials after surveying the results of battleground polling, which indicated that the party would surrender its majority next November if the party doesn’t change course.

There will be efforts to put a brave face on these numbers. Indeed, DCCC executive director Tim Persico insisted that the very same polls that have Democrats petrified also indicate that the party has “incredible strengths” while Republicans suffer “incredible weaknesses.” Political observers might be keen to dismiss Maloney’s handwringing as a familiar contrivance designed to ramp up fundraising and focus the minds of his fellow members on their reelection efforts. Perhaps. But the party’s 2022 messaging strategy suggests that they are, indeed, in big trouble.

In that inauspicious meeting, Maloney urged Democrats to “run on President Joe Biden’s economic agenda, especially on jobs and infrastructure,” according to Politico. As messaging strategies go, this one is a little fraught. Physical infrastructure is popular in theory—presuming the bipartisan bill currently working its way through the Senate passes, and the mechanisms to fund the proposal do not include tax increases. And yet, the progressive wing of the Democratic Party is up in arms over the bill. They are still threatening to torpedo it in the House. If the party’s supplemental “social,” “human,” “caregiving” infrastructure plan fails to pass via the reconciliation process, running on infrastructure isn’t going to energize the Democratic Party’s base voters on the left. Perhaps just the opposite.

As for job creation, that, too, leaves something to be desired. As of June, there were a staggering 9.2 million job vacancies—an employment opportunity for every single unemployed person in America. When expanded unemployment benefits sunset, as they’re scheduled to in September, experts expect many of those vacancies to fill up fast. And yet, a storyline is already forming around the idea of an “unemployment cliff,” at which point it is imagined that roughly 7.5 million Americans taking advantage of those benefits will be unceremoniously thrown into an abyss.

There will be a lobbying effort among progressives to extend those expanded benefits beyond their September sunset date, and that effort could be as successful as their demand that Joe Biden violate the Constitution to extend a national moratorium on evictions. If so, the nation’s employment vacancy glut will continue. It will be hard for Democrats to argue that they’re creating new jobs even as they’re doing all they can to exacerbate shortages in the labor market.

By contrast, Republicans are preparing a salient midterm messaging strategy that has to have Democrats worried. They’re planning to run against Democrats on rising rates of inflation—a condition the GOP-aligned American Action Network’s polling suggests resonates with 86 percent of the voters surveyed in 51 key battleground districts. Beyond that, the GOP intends to leverage the organic outpouring of contempt for including precepts related to “critical race theory” in American K-12 curricula. Democrats have managed no compelling counterargument against either of these two conditions save to say that the former is cyclical and sure to pass before the midterms while the latter isn’t happening at all.

For all the Republican Party’s problems, if you had your choice, you’d rather be the GOP. 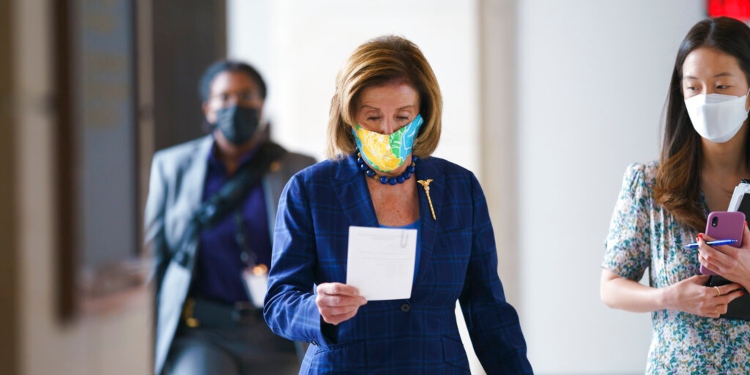