Sometimes the death of a person is expected, the final act after a long, slow decline that finally frees an individual from misery. Other times death is a jolt, something that stuns us because we cannot imagine a person of great vitality, zest and life-affirming energy is taken from us before his time. Even if that person is 79 years old.

That is the feeling many of us had when we learned of the passing of Antonin Scalia.

Antonin Scalia was a supremely great Justice, one of the most significant in the history of the Court, and among the finest legal minds our nation has ever produced. His intellectual influence is staggering, including offering the most powerful defenses of originalism and textualism ever made. He altered how we think about law and legal theory and was the leader of what the New York Times called “a conservative intellectual renaissance” during his three decades on the Court.

And then there are his opinions — rigorous, principled, learned and relentlessly logical, sometimes withering, often witty and always beautifully crafted. He was among the finest writers not just in the legal world, but anywhere. He was that good.

Beyond that, he was a force of nature – a lover of music and opera, a poker player, a hunter, and, by all accounts, the greatest company: charming, engaging, blessed with a wonderful sense of humor. (A tuxedo-wearing Scalia once explained to reporters at an evening get-together at the Court that he was going to another party, adding, “Esteemed jurist by day, man-about-town by night.”) He was also fearless, a person utterly indifferent to the criticisms of the left and reporters who were ideologically opposed to him. But rather than hide from them, he delighted in taking them on, dismantling their arguments brick by brick.

Antonin Scalia was a person of deep faith, a committed Catholic, a man who loved his Church and his Lord. He was also a devoted husband and father. He had nine children, several of whom I know and one of whom I know well, his son Eugene. Gene was a colleague of mine when we were speechwriters for then-Secretary of Education William Bennett, and I still recall how warm and welcoming he was to me during my first days in the job, when I was nervous and uncertain. I have never forgotten his kindness.

A few years ago Gene invited me to lunch with his father, just the three of us, knowing as he did that Justice Scalia was an intellectual hero of mine. (When the Washington Post did a profile of me when I was in the White House, it listed my current reading. Among the books was Scalia’s Dissents: Writings from the Supreme Court’s Wittiest, Most Outspoken Justice, by Kevin A. Ring.) It was a marvelous and, for me, an indelible encounter. I would also add this: If the legacy of a man is judged in part by how much respect, love, easy affection and even reverence his children have for him, Justice Scalia’s legacy is secured. His family adored him. So did his friends, including his liberal friends.

During his life, Antonin Scalia was on the side of the angels. Now he has joined them in their true home, and his. I have no doubt he is delighting and enlightening them as he delighted and enlightened us. But oh how he will be missed. 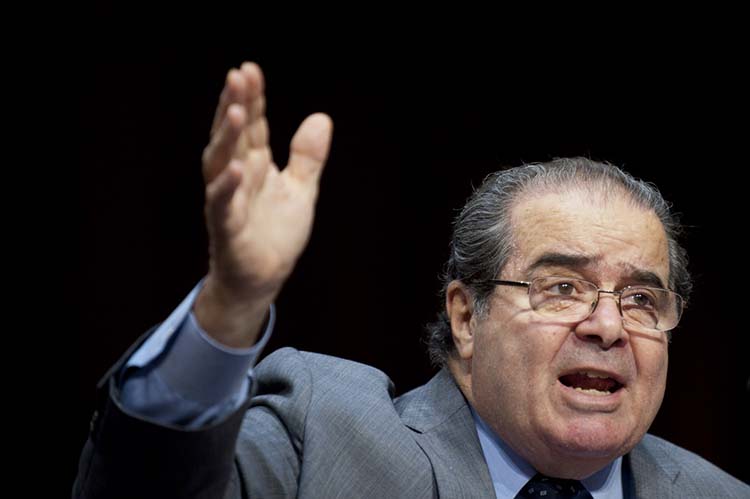