In his comments last evening on the mass killing at Oregon’s Umpqua Community College, President Barack Obama declared we should “politicize” the shooting.

The president achieved his goal.

Just hours after the horrible event, before many of the key facts were even known, Mr. Obama used his remarks to deliver an angry plea for new gun legislation. Among other things, the president said, “This is a political choice that we make to allow this to happen every few months in America.  We collectively are answerable to those families who lose their loved ones because of our inaction.”

This claim is morally and intellectually offensive. For one thing, the supposition here – that the type of gun control legislation President Obama has advocated in the past would have prevented the massacre – is false.

Several authoritative studies (see here and here) and highly respected individuals (see here) have found that the evidence is insufficient to determine whether firearms laws are effective. (David Brooks, who is generally supportive of gun control legislation, has in the past criticized gun control supporters for what he calls “their colossal incuriosity about the evidence.”)

So it’s not at all clear that legislation Mr. Obama favors would have much if any impact on gun violence generally – and there’s no evidence whatsoever that it would have prevented the attack that occurred yesterday in Oregon. Which means the notion that “we collectively are answerable” to the families whose loved ones were gunned down by a mad and malevolent gunman is absurd.

But if we’re going to follow Mr. Obama’s logic, it’s worth pointing out that he was in a position to pass gun control legislation in his first two years in office, when Democrats controlled the House and Senate, and he didn’t lift a finger. So perhaps the president is busy writing notes of apologies to the families of the victims for having made the political choice he did that allowed yesterday’s mass murder to occur.

I should say that I’m open to some of Mr. Obama’s suggestions when it comes to gun laws. But for the president of the United States to use the dead victims and their families as props in his liberal morality play – as pawns to help him pursue his liberal agenda — is pretty contemptible. And to suggest, as Mr. Obama clearly did, that opponents of his agenda have blood on their hands is a disgrace.

For Mr. Obama, it’s never about honest differences over policies. His political opponents have to be portrayed as morally callous, cruel and motivated by the basest considerations while Obama presents himself as the avatar of the common good. Mr. Obama is, in fact, a cynical demagogue. He has done tremendous damage to our political and civic culture, and it’s clear the repair work can’t begin until he finally leaves the presidency. 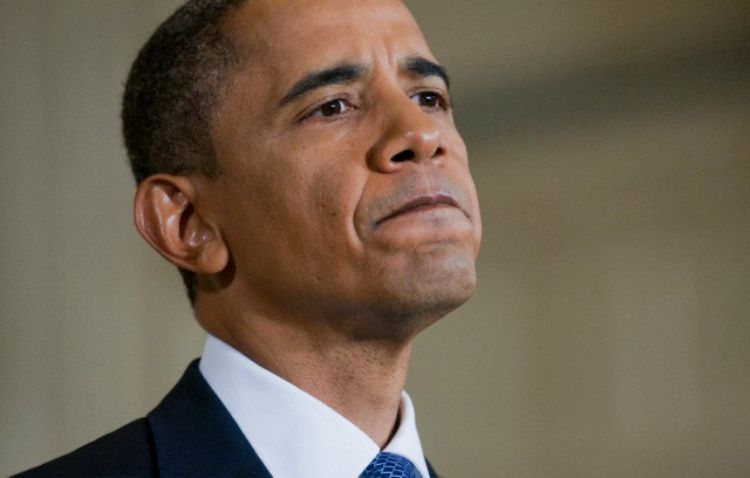