One of them is that Hillary Clinton, who tends to do much better in debates than in other forums, didn’t do very well at all. John Podhoretz wrote in his New York Post column that Senator Bernie Sanders wiped the floor with her. Others, like Bloomberg’s Mark Halperin, graded Sanders above Clinton. And remember this: Debates are the one forum where Hillary Clinton has in the past done well. She’s much worse on the stump and in press conferences and interviews than in debates. Yet Clinton fell short even in the area she’s supposed to excel.

A second observations: The Democratic Party’s leftward lurch is so dramatic that President Obama’s policies now define the rightward edge of the party. That’s rather stunning, I know, but the conservative position among Democrats is to support everything Mr. Obama had done. The base of the party — increasingly radical, increasingly revolutionary in temperament — wants to go far beyond what he has achieved.

Observations number three: Mrs. Clinton is suffering from a significant enthusiasm deficit. There appears to me to be far less excitement for Mrs. Clinton today than when she ran for president and lost in 2008. The issue that was supposed to be a galvanizing one for her – that she would be the first woman president in American history – just doesn’t seem to have much resonance. (It doesn’t help that portraying her as a champion of women’s rights is complicated by the fact that she’s married to a sexual predator, an issue Donald Trump has skillfully exploited.) I heard from a Democrat whose name is well-known over the weekend and who emailed me this: “Last night I was at a dinner of loyal Democrats and no one except one liked Hillary.” This corresponds to what the polls and other Democrats seem to show. (“Her voter base does not seem as gung-ho energetic as Sanders’s base,” David McDonald, an uncommitted superdelegate, said. “It may be that they feel like they are waiting for the real race to begin. But an enthusiastic base can make a big difference in the early stages of a presidential nomination campaign, and if Hillary can’t pull away from Sanders fairly early in the season, I suspect he will gain strength rapidly.”)

Right now Mrs. Clinton’s lead in national polls is dramatically narrowing – she leads Sanders by single digits in some polls – and he’s pulled ahead of her in Iowa and breaking away from her in New Hampshire. The recriminations are already starting, as this New York Times story indicates:

Advisers to Hillary Clinton, including former President Bill Clinton, believe that her campaign made serious miscalculations by forgoing early attacks on Senator Bernie Sanders of Vermont and failing to undercut his archliberal message before it grew into a political movement that has now put him within striking distance of beating her in Iowa and New Hampshire… the Clintons are particularly concerned that her “rational message,” in the words of an aide, is not a fit with a restless Democratic primary electorate.

A fourth observation: As Sunday’s debate showed, Mrs. Clinton is now running as basically the third term of President Obama. She may tweak what he did here and there, but she is fully embracing Mr. Obama. In an election year in which anger and disgust at the political establishment and business as usual are dominant and in which only a quarter of the American people believe the country is headed in the right direction, that is a dangerous strategy to adopt. In addition, there’s a historical burden Mrs. Clinton faces: Since 1948, a political party has won three straight presidential elections only once, when George H.W. Bush succeeded Ronald Reagan, who was much more popular at the end of his second term than, in all likelihood, Mr. Obama will be.

Observation number five: Mrs. Clinton may face real legal trouble. Right now there are two FBI investigations, and Mrs. Clinton is at the center of them. The most prominent one has to do with her private email server; the other is whether the possible intersection of Clinton Foundation work and State Department business may have violated public corruption laws.

Mrs. Clinton is a mediocre-to-downright-bad political candidate. She comes across as stiff, brittle, inauthentic, cold, and unprincipled, in addition to being an ethical mess. She has no vision and is, to borrow a formulation from her husband, a bridge to the past. 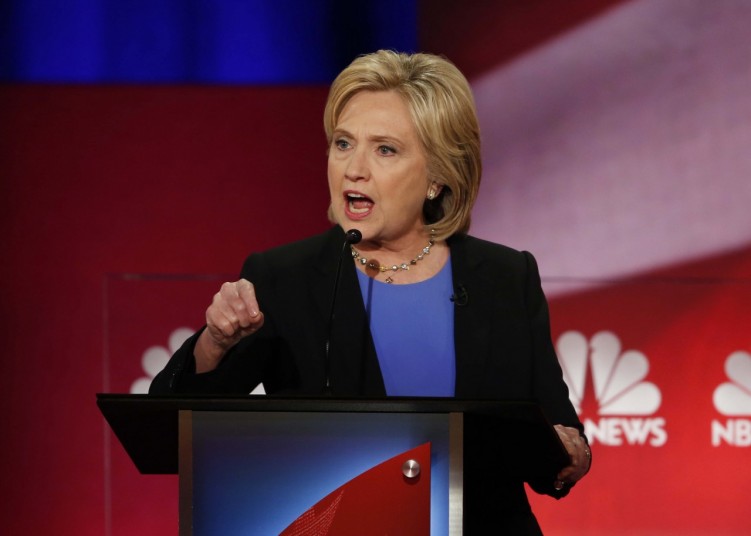