While reading Gregory Weiner’s fascinating book American Burke, I came across this comment: “(Daniel Patrick) Moynihan’s intellectual curiosity was such that he gravitated toward thinkers with whom he disagree precisely because he disagreed with them and could consequently learn from them.”

This observation reminded me of an incident in 1948 involving C.S. Lewis and Elizabeth Anscombe, a Catholic convert who was considered one of the most brilliant moral philosophers of her generation.

Lewis was president of the Oxford Socratic Club, an open forum that met every Monday evening and whose purpose was to discuss the intellectual difficulties connected with religion, and with Christianity in particular.

“In any fairly large and talkative community such as a university, there is always the danger that those who think alike should gravitate together into ‘coteries’ where they will henceforth encounter opposition only in the emasculated form of rumor that the outsiders say thus and thus,” Lewis wrote in the first issue of Socratic Digest, the groups publication.

The absent are easily refuted, complacent dogmatism thrives, and differences of opinion are embittered by group hostility. Each group hears not the best, but the worst, that the other groups can say. In the Socratic all this was changed. Here a man could get the case for Christianity without all the paraphernalia of pietism and the case against it without the irrelevant sansculottisme of our common anti-God weeklies. At the very least we helped to civilize one another.

On February 2, 1948, Anscombe and Lewis debated a portion of Lewis’s book Miracles, with Anscombe reading a paper pointing out “a fatal flaw in Lewis’s argument,” according to Philip and Carol Zaleski’s book The Fellowship: The Literary Lives of the Inklings. (It was a complicated critique having to do with the conflation of irrational with nonrational factors in belief-formation.) The result of the debate, which Lewis himself felt he lost, was revisions to his book. Anscombe, while not convinced by the changes made by Lewis, did say “the fact that Lewis rewrote that chapter, and rewrote it so that it now has these qualities, shows his honesty and seriousness.”

That’s not all. When Lewis was asked to nominate speakers for the 1951 Socratic Club season, Anscombe was his first choice. “That lady is quite right to refute what she thinks bad theistic arguments, but does this not almost oblige her as a Christian to find good ones in their place: having obliterated me as an Apologist ought she not to succeed me?”

There is something impressive in the qualities demonstrated by Moynihan and Lewis: a willingness to learn from others, including those with whom we disagree. There is in this an admirable blend of intellectual humility and self-confidence – the humility to know that at best we possess only a partial understanding of the truth, which can always be enlarged; and the self-confidence that allows for refinement and amendment of our views in light of new arguments, new circumstances, new insights.

Beyond that, it’s a useful reminder that the quality we ought to strive for isn’t certitude but to be a seeker of truth. That is, I think, what separates ideologues from true intellectuals. The former is determined to defend a pre-existing position come what may, interpreting facts to fit a worldview that is beyond challenge. The latter seeks genuine enlightenment and is eager to discard false notions they may hold — and values rather than resents those who help them on that journey.

The purpose of debating, then, isn’t so much to win an argument as it is to deepen our understanding of how things really and truly are. It isn’t to out-shout an opponent but, at least now and then, to listen to them, to weight their arguments with care, and even to learn from them. It’s worth noting that Lewis warned about simply surrounding ourselves with like-minded people who reinforce our own biases and how debates conducted properly “helped to civilize one another.”

What a quaint notion.

My point is simply that because the pull is so strong the other way – most of us use debates as a way to amplify our pre-existing views rather than refine them; try to crush opponents rather than engage and understand them; and focus on the weakest rather than the strongest arguments found in opposing views – the Moynihan-Lewis model is a good one to strive for.

I understand that talking about such things can sound hopelessly high-minded and, for some, signal a mushy lack of conviction. When you’re in a political death match with the other side, after all, the idea of learning from it seems either ridiculously naïve or slightly treasonous. But of course, this reaction highlights just how much things have gone off track.

To be sure, American politics has always been a raucous affair. As Madison put it in Federalist #55, “Had every Athenian citizen been a Socrates, every Athenian assembly would still have been a mob.” The question is whether one stokes the passions of the mob or appeals to reason.

As someone who doesn’t do nearly well enough in this regard, I rather admire the Lewis model. He was a better man, and Miracles was a better book, for having recognized he lost his debate with Ms. Anscombe. For Lewis to then promote her despite having been bested by her was doubly impressive, yet in some respects not surprising. After all, Lewis was a man who cared more about striving after truth than in attending to his pride. He cared more about learning from arguments than winning them. 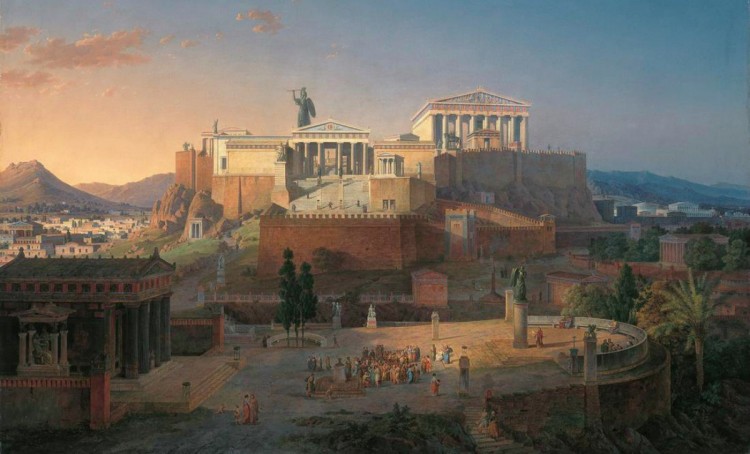