I recently wrote about confirmation bias and the limits of human knowledge. In that discussion, I observed that in politics the desire to defend our “team” is often an even more powerful inducement to ignore contrary arguments than the desire to confirm our own personal assumptions.

In response to that post, I received a note from Whit Ayres, a prominent Republican pollster and political consultant. He alerted me to a polling experiment (sponsored by the Bipartisan Policy Center) that he had done in 2013 with Mark Mellman, a Democratic public opinion researcher and communications strategist. Mr. Mellman wrote about their findings in The Hill. They are fascinating:

The questions dealt with substantive policy on a subject quite important to most Americans — education — and issues that people are familiar with — class size, teacher pay and the like.

Nonetheless, when the specifics in Plan A were presented as the Democratic plan and B as the Republican plan, Democrats preferred A by 75 percent to 17 percent, and Republicans favored B by 13 percent to 78 percent. When the exact same elements of A were presented in the exact same words, but as the Republicans’ plan, and with B as the Democrats’ plan, Democrats preferred B by 80 percent to 12 percent, while Republicans preferred “their party’s plan” by 70 percent to 10 percent. Independents split fairly evenly both times. In short, support for an identical education plan shifted by more than 60 points among partisans, depending on which party was said to back it. [emphasis added]

So what explains this? Some of it probably has to do with deference. Many people don’t follow public policy issues very closely — but they do know whose team they’re on. And so if their team endorses a particular policy, they’re strongly inclined to as well. They assume the position merits support based on who (and who does not) supports it.

The flip side of this is mistrust. If you’re a Democrat and you are told about the details of a Republican plan, you might automatically assume it’s a bad one (the same goes for how a Republican would receive a Democratic plan). If a party you despise holds a view on a certain issue, your reflex will be to hold that opposite view.

Still, the findings by Ayres and Mellman are striking. They underscore how much partisanship shapes our attitudes, probably much more than we like to admit. Many of us aren’t nearly as independent-minded as we like to think. What others in our intellectual and/or faith community believe significantly influences us. And a lot more goes into what positions we hold than a rigorous and disinterested analysis of the evidence. There are our worldviews and pre-existing biases; our past experiences and the “scripts” that have guided our lives; the company we keep and the people whose affirmation we seek.

“Moral reasoning is more like a politician seeking votes than a scientist seeking truth,” according to Jonathan Haidt, who has written more insightfully on this topic than anyone. “We are obsessively concerned about what others think of us.”

A close friend of mine wrote me in response to my piece on confirmation bias and said this:

I find myself able to argue both sides [of the same-sex marriage debate] cogently. Finding oneself in the middle is deeply draining. Perhaps that’s why people don’t want to try to understand the other point of view: they’d prefer closure, which is easier emotionally.

Understanding the other point of view doesn’t come naturally to any of us, but in our more self-aware moments we believe it’s worth the effort. Doing so won’t (and shouldn’t necessarily) lead us to alter our stance, but what it can do is make us somewhat more understanding of those who disagree with us. And perhaps even a bit more charitable toward them.

The Ayres and Mellman survey is ingenious because it empirically revealed an uncomfortable reality: the views many of us hold are largely dictated by partisanship and ideological affiliations rather than intellectual rigor. Everything needs to fit into well-worn grooves, into familiar categories, into pre-existing patterns. This in turn leads to an almost chronic unwillingness to revisit and refine long-held positions. Our thinking on matters of politics and philosophy and faith not only can become lazy; it can easily ossify. It may be worth asking yourself (and me asking myself): In the last 15-20 years, on what issues of importance have you changed your mind, re-calibrated your thinking, or even attempted to take a fresh look at? Or has every event, serious study, and new set of facts merely confirmed what you already knew? To put it another way: do you think you’ve ever been wrong?

We are social animals; being part of a team is a natural, and in some respects an admirable, trait. But if it’s not checked, it can become a destructive one, too. Because being on a team, and being seen as being a loyal member of the team, can easily supersede our commitment to ascertain the truth of things.

I understand that politicians aren’t philosophers, and philosophers aren’t politicians. But politics needs what philosophy ought to provide, which is the search for wisdom. That search begins with the awareness that while truth exists, each of us — and our teams — are only in possession of partial truths. At best we see only part of the whole. Knowing that allows us to more easily follow where new evidence and arguments may lead; to venture beyond our political and intellectual cul-de-sacs. That may sound obvious until we acknowledge the power of conformity within political, intellectual and faith communities.

The author and Member of Parliament, John Buchan, wrote that while attending Oxford he realized that even eternal truths required “frequent spring-cleanings.” The limited outlook of his early years broadened. He was elected as a Conservative and, believing in party government, Buchan disliked the name of Independent. “But I held that a university member should sit a little loose to parties,” he wrote, “and I was independent in fact if not in name.”

We’d be better off if more of us did the same. 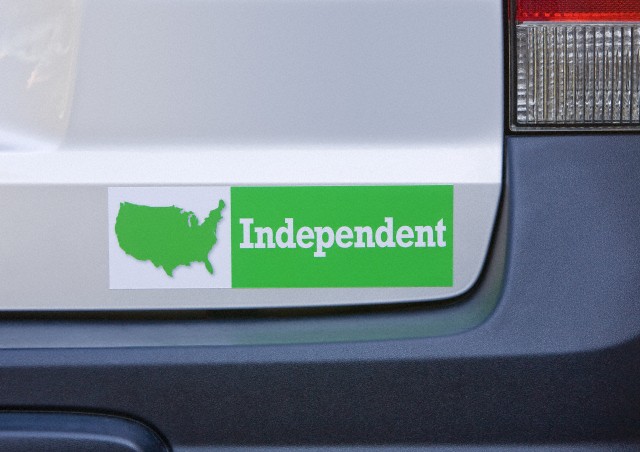