With the Islamic State expanding its reach after two key victories in Ramadi, the capital of Iraq’s Anbar Province, and Palmyra, a strategically important city in Syria, it might a good time to ask: What are the worst foreign policy failures of Barack Obama’s presidency? The list is long; here are several to choose from.

1. The Rise of ISIS. President Obama failed to anticipate the rise of ISIS, which he ridiculed as a “jayvee team” as recently as last year, and he has since failed to do anything effective to impede it. ISIS had established territory in large parts of Syria and Iraq; it now “controls a volume of resources and territory unmatched in the history of extremist organizations.” Under Mr. Obama’s watch, a jihadist caliphate has been established in the heart of the Middle East — and the president has no strategy to deal with it.

2. Losing the War in Iraq. President Obama’s predecessor handed to him a war that had been won. Don’t take my word for it; take the word of Mr. Obama and his vice president. On December 14, 2011, in welcoming troops home at Ft. Bragg as he was ending the American presence in Iraq, the president declared “we’re leaving behind a sovereign, stable and self-reliant Iraq.” It was, the commander-in-chief said, a “moment of success.” A year earlier Vice President Joe Biden put it this way: “I am very optimistic about Iraq. I think it’s going to be one of the great achievements of this administration.” All our hard-earned achievements were undone by the president’s determined commitment to withdraw all American troops from Iraq during his presidency. He did what he was determined to do and, as a result, Iraq is collapsing and Iran is rushing in, increasing its influence to an unprecedented degree.

3. Failing to Aid Iran’s Green Revolution.  In the summer of 2009, a revolution in Iran threatened to topple the mullahs. Leaders of the so-called “Green Revolution” pleaded for support. They got none. President Obama, in saying he “want[ed] to avoid the United States being the issue inside Iran”, did nothing to aid the pro-democracy elements that were seeking to overthrow the Islamic theocracy.  Whether our assistance would have altered the course of events is impossible to know — but the president, in essentially casting his lot with the Iranian regime during its most vulnerable period since the 1979 revolution, ensured the democratic uprising would fail. And with it, our best chance of the Middle East cleansing itself of the most malignant and dangerous regime on earth.

4. Triggering a Nuclear Arms Race in the Middle East. Saudi Arabia has long advocated a Middle East free of nuclear weapons. But President Obama’s determined effort to strike a deal with Iran, in which all the important concessions are made by us and none by the Iranians, has petrified our traditional Sunni allies in the region. Fearful of Iran, nations like Saudi Arabia, Egypt, Turkey and others are now considering and/or preparing to acquire nuclear weapons. Saudi Arabia’s former intelligence chief and ex-ambassador to Washington, Prince Turki al Faisal, declared in March that whatever Iran gets in its nuclear deal with the United States, “we will want the same.” Ibrahim al-Marie, a retired Saudi colonel and a security analyst in Riyadh, put it this way: “Our leaders will never allow Iran to have a nuclear weapon while we don’t. If Iran declares a nuclear weapon, we can’t afford to wait 30 years more for our own—we should be able to declare ours within a week.” The president’s effort to strike a deal with Iran, then, is triggering a nuclear arms race in the world’s most volatile region, with the risks of nuclear war increased by the threat of terrorist groups acquiring radioactive material.

5. Erasing the “Red Line” in Syria. In 2012, President Obama said Syrian leader Bashar al-Assad — who the previous year was referred to as a “reformer” by Secretary of State Hillary Clinton — should step down and that the use of chemical weapons by the Assad regime against rebel forces would constitute crossing a “red line.” Mr. Assad crossed the red line, and President Obama did nothing. The brutal Syrian leader is still in power, Syria is being torn apart by a civil war in which around a quarter of a million people have died, around four million have fled as refugees, and around eight million have been internally displaced. Syria’s neighbors are being destabilized. And an unmistakable message of weakness was sent by Mr. Obama and received by every adversary and ally of the United States: Mr. Obama’s words and threats are worthless.

6. The Failure to Arm Syrian Rebels. As Syria began to unravel, in 2012 then-CIA director David Petraeus and then-Secretary of State Hillary Clinton developed a plan to vet Syrian rebels and train a cadre of fighters who would be supplied with weapons. The plan was supported at the time by Leon Panetta, who was defense secretary, and Martin Dempsey, who was chairman of the Joint Chiefs of Staff. But it was ultimately vetoed by President Obama, according to Mr. Panetta. The president was worried about becoming more deeply involved in Syria. That hasn’t worked out very well, though. America is not only involved in Syria; we have launched military airstrikes against it and Mr. Obama has proposed a major program to train and arm moderate Syrian rebels, though it’s likely too late to influence events on the ground. It’s impossible to know if the Petraeus plan would have succeeded when it was proposed three years ago. But what we do know is that today, with America taking a hands-off approach, (a) Syria has become a humanitarian and geopolitical catastrophe and (b) we have been drawn into the conflict.

7. Libya Collapses and Becomes a Terrorist Safe Haven. On March 19, 2011, President Obama unilaterally authorized the U.S. military to begin “a limited military action in Libya” to protect Libyan civilians. He said by intervening in Libya’s civil war, he was acting “in the interests of the United States and the world.” Six months later, during a September 21, 2011 speech to the United Nations, President Obama declared, “Forty-two years of tyranny was ended in six months. From Tripoli to Misurata to Benghazi — today, Libya is free… Yesterday, the leaders of a new Libya took their rightful place beside us, and this week, the United States is reopening our embassy in Tripoli. This is how the international community is supposed to work — nations standing together for the sake of peace and security, and individuals claiming their rights.” Since then — and in good part because of the lack of American follow through and engagement — we have closed our embassy. Syria has been declared a terrorist safe haven by the State Department. No central authority exists. The Libyan state has collapsed and is being torn asunder by civil war. According to the New York Times, “the violence threatens to turn Libya into a pocket of chaos destabilizing North Africa for years to come.” An intervention Mr. Obama once hailed as a model now lies in ruins.

8. Russian Aggression in Crimea and Ukraine. In 2009, Secretary of State Hillary Clinton hailed the “Russian reset.” It was said to be a “win-win” situation for both sides. It hasn’t worked out quite that way. The United States scrapped a missile-defense system the Poles and the Czech Republic had agreed to house despite Russian threats, as a way to pacify Russia’s Vladimir Putin. In return, Russia has reasserted its presence in the Middle East in ways unseen since the 1970s, propped up the Assad regime in Syria, supported Iran’s nuclear ambitions and its repression at home, invaded Crimea, militarily intervened in Ukraine, and given safe haven to Edward Snowden. During Mr. Obama’s watch, Putin has “position[ed] contemporary Russia as the heir to the Russian Empire as it was constituted under the czars,” according to the Russian American journalist and author Masha Gessen. That is what the “Russian reset” looks like in real life.

A few summary thoughts on all this: There are limits to America’s capacity to influence world events. It’s difficult for even the best presidents to deal with an untidy and sometimes uncooperative world. And in some of the examples I’ve cited, President Obama is more responsible for the failures that have occurred than in others. But in each of these instances Mr. Obama has made things worse, and in most cases he has made things markedly worse. The cumulative and convulsive effects of his failures are extraordinarily damaging to America and the world.

President Obama, in describing his foreign policy doctrine in private conversations to reporters, said, “We don’t do stupid sh*t.” He actually does, quite a lot, and in ways that may be unmatched by any president in our history. Over the course of his presidency, Mr. Obama has implemented the policy he’s wanted. As a result, in several nations and in some regions, he has helped open the gates of hell. 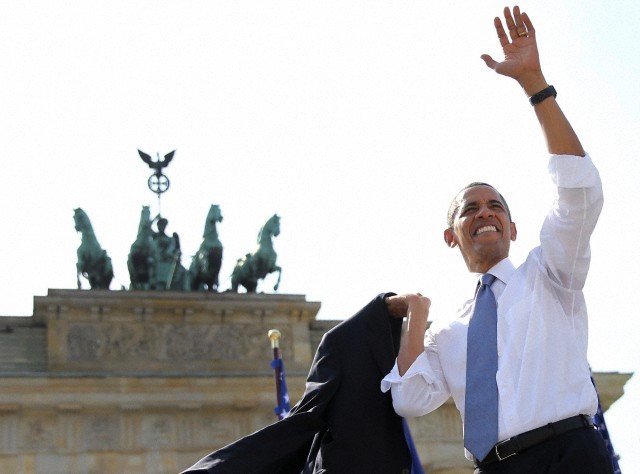