The other day I sent a long-time acquaintance that is also a conservative and evangelical Christian a 30-second ad showing Donald Trump cursing in his speeches. Despite having expressed some past sympathies for Trump, I thought what the former reality television star said might bother him. But my friend’s response was instructive. “Thanks, Pete. Good for a laugh this morning.”

What a revealing response.

To be clear, I don’t think Trump’s use of swear words in his public utterances is close to the worst thing about him. There are many things that trouble me more as it relates to his political ambitions, including his chronic dishonesty, his cruelty and vindictiveness, his clinical narcissism and staggering ignorance, his unprincipled stances and authoritarian tendencies. So there’s a lot to be alarmed about when it comes to Mr. Trump.

Still, I was struck by my friend’s reaction to the ad about Trump. He got a laugh out of it.

I’m old enough to remember when Republicans and conservatives didn’t want presidential candidates to sound like a low-rent George Carlin. They cared about upholding cultural norms and standards of decency, and they believed a president, by virtue of his office, helped set a moral tone for America. There’s a reason why for generations children were told by their parents and teachers about George Washington – because he embodied the kind of character adults wanted children to emulate. (“The purity of his private character gave effulgence to his public virtue” were the lovely words said of Washington upon his death.)

Now George Washington was sui generis; we can’t expect our presidents to be as morally impressive as he was. But it wasn’t that long ago that having a man run for president who was as consistently vulgar as Trump would have troubled people. Especially Republicans, and especially social conservatives. They worried about cultural rot – the coarseness, the callousness, and the crudity of our time, which contributed to the erosion of the moral sensibilities of the young. They would worry that if their kids heard Donald Trump they would think, “If a man running for president can curse like this, why can’t I?”

But that was then and this is now. After all, what’s wrong with a little cultural transgression?

Many years ago Daniel Patrick Moynihan used the memorable phrase “defining deviancy down.” I imagine if he were alive today, Senator Moynihan would have grave concerns about the corrosive effect Trump has on our civic and political culture. And it’s not just his cursing, but the whole lewd package – the pride in his adultery, the assertion he made years ago that the danger he faced from getting sexually transmitted diseases was his own “personal Vietnam”, the discussion of anal sex with Howard Stern and the creep references to dating his daughter (“She does have a very nice figure,” Trump said in 2006. “I’ve said if Ivanka weren’t my daughter, perhaps I’d be dating her.”) There was a time when Republicans and conservatives would react strongly against electing a moral degenerate as president.

There’s also the matter of double standards. When Bill Clinton was president, Republicans were pretty much of one mind in their view that a president should be a person of good character. Clinton’s moral flaws were used as an indictment against him. Yet Trump is mostly given a pass.

Oh, and I can promise you this: If Barack Obama in 2008 said a fraction of the crude things Donald Trump is saying 2016, people on the right would have eviscerated him. It would have been an example of Obama’s efforts to “transform America” in a deeply negative way. Speaking on behalf of cultural decency would have been fashionable. But when Donald Trump does it, a “boys will be boys” attitude seems to apply. Not for everyone on the right and not for every self-professing evangelical for sure, but enough to be notable.

This is just another example that we’re living in interesting and disorienting times. 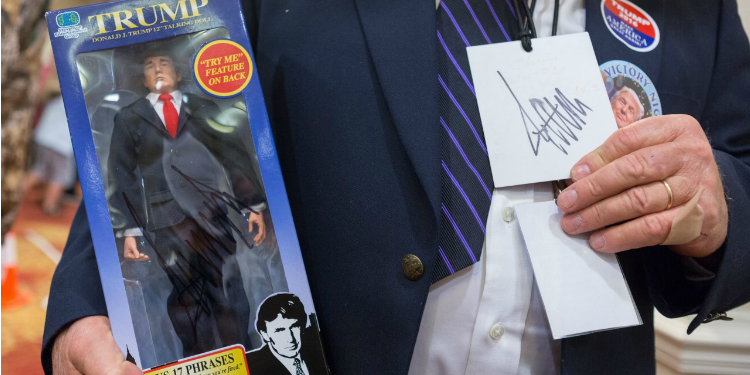