The Donald Trump candidacy has revealed something important about a certain slice of the conservative world. Many right-wing personalities – including Fox’s Eric Bolling and Steve Doocy, radio talk show hosts Mark Levin, Laura Ingraham, Rush Limbaugh and the writer/commentator Ann Coulter – have come to the defense of Donald Trump when he’s been criticized by the “establishment,” in part because he’s been criticized by the “establishment,” the theory being the enemy of my enemy is my friend. (Forget for now that many people who claim to be “anti-establishment” in fact personify the establishment by any reasonable definition.)

There have been notable exceptions, but even in the context of Trump’s comments on John McCain, the criticisms of Trump have been extremely muted. There were even some attempts to justify what Trump said. According to Trump’s defenders, his words were taken out of context. They praised Trump for not apologizing. It was Republican “midgets” who were attacking him. The reason Trump is being condemned is because he’s politically incorrect, it’s been said; he won’t play by the rules others do. The real offense was less what Trump said about McCain than the piling on by critics of the television host and hotelier.

“Donald Trump is like a Navy SEAL,” according to Fox’s Steve Doocy. “He never backs down when he’s in a fight.”

To be clear, not everyone I have mentioned supports Trump for president. But they all see things in Trump they admire; they are very reluctant to attack him, and they constantly give him the benefit of the doubt and praise what they consider to be his virtues. They repeatedly point to Trump as someone from whom other conservatives can learn, even someone they should emulate.

Now consider this: Most of the people I’ve mentioned have been critical, and often harshly critical, of former Florida Governor Jeb Bush, on the grounds that he’s not a “true” conservative. Some have even argued that Hillary Clinton and Jeb Bush are “two peas in the same pod.”

This is a rather bizarre charge. You don’t have to support Jeb Bush for president in 2016 to acknowledge he was among the most successful and conservative governors in several generations. (Jeb Bush’s record was, as George Will has pointed out, “measurably more conservative” than that of Ronald Reagan during his two-term governorship of California. I’ve documented Governor Bush’s conservative achievements here.)

Now let’s turn to Trump’s record, which I’ve laid out before, and is essential to re-state for the purposes of my argument. Mr. Trump has supported massive tax increases on the wealthy, a Canadian-style single-payer health care system and is a fierce protectionist. He once declared himself “strongly pro-choice” and favored drug legalization. Earlier this year he accused Republicans who want to reform entitlement programs – the essential task for those who favor limited government — of “attacking” Social Security, Medicare, and Medicaid. Barack Obama couldn’t have stated it better.

That’s not all. For most of the last decade, Trump was a registered Democrat. As of 2011, he had given a majority of his $1.3 million political contributions to Democrats, including Hillary Clinton, Harry Reid, Ted Kennedy, John Kerry, and Chuck Schumer.

Even on immigration, the issue that has won over the hearts of many on the right, Trump has been erratic. In 2012, he criticized Mitt Romney’s “crazy policy of self-deportation, which was maniacal. It sounded as bad as it was, and he lost all of the Latino vote … He lost the Asian vote. He lost everybody who is inspired to come into this country.”

For people that have been here for years that have been hard-workers, have good jobs, they’re supporting their family — it’s very, very tough to just say, ”By the way, 22 years, you have to leave. Get out.” … I have to tell you on a human basis, how do you throw somebody out that’s lived in this country for 20 years.

You have American interests hiring [illegal immigrants], absolutely. And many cases, they’re great workers. The biggest problem is you have great people come in from Mexico working crops and cutting lawns that I’m not sure a lot of Americans are going to take those jobs. That’s the dichotomy. That’s the problem. You have a lot of great people coming in doing a lot of work. And I’m not so sure that a lot of other people are doing that work so it’s a very tough problem.

These are the kind of statements that, if said today, would cause Ms. Coulter to shake with rage. Yet the author of ¡Adios, America! The Left’s Plan to Turn Our Country Into a Third World Hellhole is among Trump’s strongest supporters.

Nobody in the GOP field has amassed anything like the liberal record of Trump. It makes Susan Collins’s political stands over the years look like Barry Goldwater’s. Yet some of those who fashion themselves as “constitutional conservatives,” principled and uncompromising, the heirs of Reagan, the keepers of the flame, have found themselves far more favorable to Trump than to Jeb Bush — a man who, unlike Trump, has sterling conservative achievements to his name. (What he and other conservatives like Marco Rubio don’t have is the serrated rhetoric of Trump.)

What this demonstrates – and why the whole controversy about Donald Trump is about more than simply Donald Trump – is that some of those who claim to speak for conservatism may not be quite as interested in conservative policies and conservative philosophy as they profess. At least, it’s become subordinate to other considerations. I say that because if policies and philosophy were as important as they claim, it seems reasonable to conclude that these same people would lacerate Trump (as they lacerate so many others they believe are insufficiently pure) rather than embrace and defend him.

There’s no rational reason self-described conservatives who accuse Jeb Bush of being a RINO, a “neo-statist,” and a Hillary Clinton clone would treat Donald Trump with respect and deference and find reasons to defend and praise him. Something quite odd is clearly going on here.

Mr. Trump is given a special absolution – amnesty, if you will – from his past/current liberal deeds and words. And that absolution, that amnesty, is granted by virtue of Trump’s style. He embodies what some on the right apparently believe politics needs more of. And that’s the problem for many of us. Trump embodies crudity and insults, anger and attacks, banalities and “barstool eruptions,” in the withering words of Charles Krauthammer. Yet it turns out that those qualities make a man like Trump, who has held left-wing positions, a star with some on the right. Being perceived as an enemy of the much-loathed “establishment” is a ticket to stardom. Nothing else really matters, or matters nearly as much.

Which leads me to my final point: What appears to be happening is that some of those who claim to be champions of conservatism are actually champions of populism. They are not the same thing, philosophically or temperamentally. (Populism has been defined as “an ideology which pits a virtuous and homogeneous people against a set of elites and dangerous ‘others’ who are together depicted as depriving (or attempting to deprive) the sovereign people of their rights, values, prosperity, identity and voice.” It has different manifestations, some more responsible and some less, but resentment is often a key ingredient in populism. It’s also a movement that’s been historically susceptible to demagogues, a concern held by philosophers from Plato and Aristotle to the American founders.)

There is room for populism within conservatism — it can be a “cathartic response to serious problems,” in the words of George Will — but it should not define conservatism. Yet increasing, in some quarters, it is; and the sympathy and support some on the right are giving to Donald Trump is clear evidence of this.

This distinction between conservatism and populism goes a long way toward explaining why different people on the right, who might otherwise agree on a fair number of things, react in fundamentally different ways to Donald Trump. And it’s why the Trump candidacy may well catalyze a broader, clarifying debate about what the true definition of conservatism is. For many of us who are conservative, Donald Trump not only doesn’t define it; he’s antithetical to it. 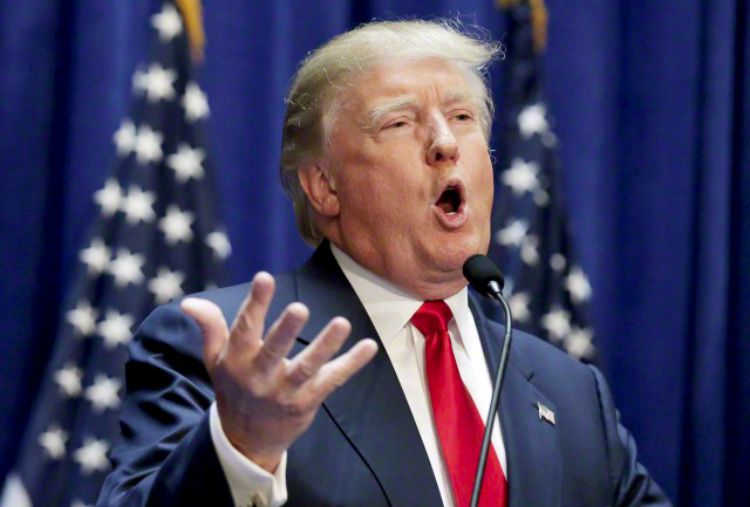