It’s an odd situation for people of both major political parties that when they think about what gives them hope this November, they think not of their presumptive nominees but those of the opposite party. So in order to draw comfort these days, Republicans think not about Donald Trump but Hillary Clinton.

What they see is one of the worst candidates in modern times.

To understand why, consider this story from the Washington Post:

More than a dozen Clinton ­allies identified weaknesses in her candidacy that may erode her prospects of defeating Donald Trump, including poor showings with young women, untrustworthiness, unlikability and a lackluster style on the stump. Supporters also worry that she is a conventional candidate in an unconventional election in which voters clearly favor renegades.

“I bring it down to one thing and one thing only, and that is likability,” said Peter Hart, a Democratic pollster who has conducted a series of focus groups for the Annenberg Public Policy Center at the University of Pennsylvania.

This calls to mind the contemptuous put-down Barack Obama used against her eight years ago, when he said, “You’re likeable enough, Hillary.”

Likeability isn’t her only problem for sure. She is a woman widely seen as dishonest and untrustworthy (37 percent of people believe she is honest and trustworthy versus 57 percent who say they don’t think she is), and she is dealing with scandals ranging from her private email server to the Clinton Global Initiative funneling money to close Clinton friends.

This is all mutually reinforcing. But the bottom line judgment is voters just don’t much like her. Here’s the Post again:

When Democrats assess Clinton, they tend to zero in on her communication skills: She is scripted and thin-skinned, they say. And with a sigh, they acknowledge the persistent feeling among a lot of Americans that they just don’t like her. Polls long have shown that many voters do not trust Clinton and that a majority view her unfavorably.

Hart said being seen as likable is “about the lowest bar” for a candidate, and yet Clinton has lower likability numbers today than she did when the campaign begun.

Mrs. Clinton does have this problem for a politician, which is the more people see her, the less they like her. And they’re going to see a lot of her over the next 25 weeks.

Mrs. Clinton may be able to overcome this hurdle, given who she will be running against. But it’s worth bearing in mind that in almost every modern presidential election – Richard Nixon seems to be the exception — the person seen as most likable won. And Democrats are about to nominate as their presidential candidate a person who is widely seen as unlikable, inauthentic, joyless, a liar. In the words of a longtime friend and supporter, “She’s horrible at running.”

That she is. And that’s not what you want said about you when you’re running for president of the United States. 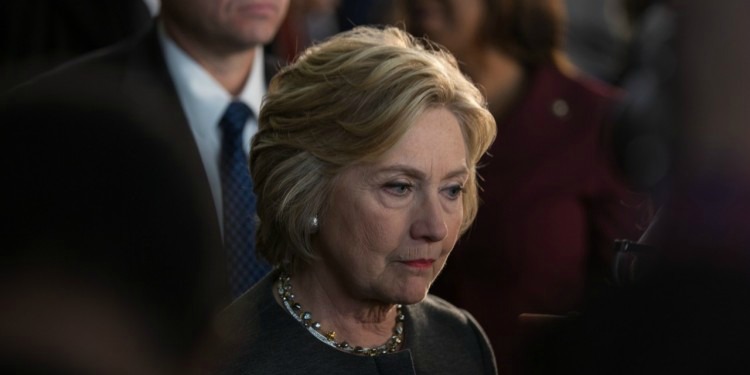