Muhammad Ali, who died Friday at the age of 74, was the largest and most captivating sports personality of the 20th Century. A three-time champion, he was the greatest boxer in history.

In two of his championship victories, in 1964 against Sonny Liston and in 1974 against George Foreman, he was a huge underdog. Ali was involved in the most anticipated fight ever, his first contest against Joe Frazier on March 8, 1971 – dubbed “The Fight of the Century” — in which he lost in a unanimous decision. (Both Frazier and Ali were undefeated at the time.) In 1975, in the “Thrilla in Manila,” he and Frazier put on a display of courage and will that was unforgettable. Ali described it as feeling as if he was close to death; Frazier said he hit Ali with blows that would have brought down the walls of a city. “We went to Manila as champions, Joe and me, and we came back as old men,” Ali said. (Ali defeated Frazier when Frazier’s trainer, Eddie Futch, refused to allow Frazier, who was nearly blind, from going out in the 15th round.)

Ali’s gifts as a fighter were breathtaking – lightening quick, graceful, in possession of a beautiful left jab and an uncanny ability to evade punches, an indomitable will and an underappreciated ability to take a punch. (He fought 10 rounds with a fractured jaw against Ken Norton.) He “soared on the wings of unsurpassed talent,” in the words of the sports writer Mark Kram. Ali was also a brilliant strategist, which we saw in his “Rope a Dope” strategy against George Foreman, when Ali, to the consternation of his corner, leaned on the ropes and allowed Foreman to punch himself out. (Ali won in the 8th round with a knock out.)

In some respects, the most amazing thing about Ali is that we probably didn’t see him at his best, since he was stripped of his title by boxing commissions around the country because he refused to be drafted and requested conscientious-objector status. He was convicted of draft evasion, a verdict he appealed and which was eventually overturned by the Supreme Court. Yet Ali lost three-and-a-half years of his athletic prime.

But Ali’s fame – at one point he might have been the most recognized figure in the world – rested on more than his boxing skills. He was charming, quick-witted, child-like and engaging. There was a joie de vivre about him; he was delightful to watch. His repartee with ABC sportscaster Howard Cosell became must-see television in the 1960s and 1970s. Yet Ali was also a divisive and polarizing figure, from his outspoken opposition to the Vietnam war (“I ain’t got no quarrel with the Viet Cong”) to joining the Nation of Islam (Malcolm X was Ali’s mentor for a time) to denigrating America and promoting racial segregation. Over time, some of those rougher edges were sanded off, and some of his views shifted. During the 1960s, however, he was a voice against injustice and a force for disunity, a vehicle to express justifiable grievances and unjustified rage.

Ali could be cruel, whether in humiliating his wives with very public affairs or in the harsh and heartless attacks he made against Frazier — referring to him as an Uncle Tom, dumb, ignorant and ugly, a “gorilla” — despite efforts by Frazier to help Ali regain his boxing license. The wounds he inflicted on Frazier never healed — he was trying to strip Frazier of his dignity — and Ali eventual came to regret the things he said about his former opponent. As Ali grew more frail from his Parkinson’s disease, he became a more sympathetic figure, to the point that he was widely beloved by the time he died. The militant side of him eventually gave way to greater gentleness, a desire for reconciliation. He was awarded the presidential Medal of Freedom in 2005 by President George W. Bush.

Ali was a complicated figure, very admirable in some ways and not in others. There has been too much mythologizing of him over the years. But he was a supremely great athlete, mesmerizing, an overwhelming presence, a person of genuine courage, an original. No athlete has dominated the American landscape as much as Ali or left a more vivid impression on those who watched him at the peak of his powers.

Now he is gone. 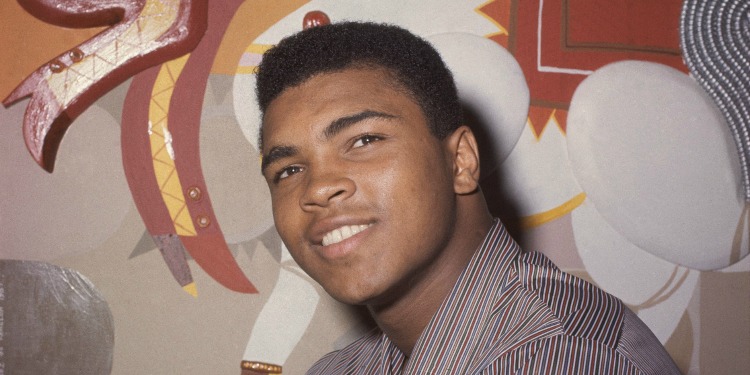