If Donald Trump had won the Iowa caucus, there was a chance of him running the table. With big leads in New Hampshire and South Carolina and looking at a March 1 “Super Tuesday” where he could do well, a victory in Iowa – a state that Trump’s profile doesn’t exactly fit – would have been significant.

There are several reasons Mr. Trump lost in Iowa, including his refusal to do conventional retail politics and an inferior ground game. But it seems clear that another key factor was Trump’s decision to duck the Fox New Channel debate four days before the Iowa caucus. Even Trump himself now concedes he might have lost in Iowa because of it. It’s worth recalling, then, what led to Trump dropping out.

This goes back to a feud Trump has with Fox’s Megyn Kelly, who in the first GOP presidential debate in August asked the former reality television star a tough but fair question about disparaging comments Trump has made about women. This began a twitter obsession with Ms. Kelly that continues to this day.

Mr. Trump was hinting that he might not show up to last Thursday’s Iowa debate since Ms. Kelly was one of the moderators. Fox News responded with a one-sentence statement mocking him:

We learned from a secret back channel that the Ayatollah and Putin both intend to treat Donald Trump unfairly when they meet with him if he becomes president — a nefarious source tells us that Trump has his own secret plan to replace the Cabinet with his Twitter followers to see if he should even go to those meetings.

Mr. Trump, furious at the put-down – it was a “taunt” and read like it had been “drawn up by a child,” according the master of childish taunts – announced he wasn’t showing up to the Des Moines debate. This had several effects. It made Trump look weak and petulant. It allowed the people tuning into the debate – and a lot of Iowans did – to watch Trump’s opponents make their case without Trump on the stage. And it was perceived as a slight to Iowa voters, who saw this as the last job interview before they cast their votes.

What this also underscored is how erratic and unpredictable Mr. Trump is; how much what he does is based on feelings he’s caught up in at any given moment. That is why his tweets are so psychologically revealing. He is a man without a filter; he acts rashly and compulsively and instinctually, as we’re seeing again today in his assertion that Ted Cruz “illegally stole” the Iowa caucus.

For a time, many people found this appealing. But beyond a certain point, it becomes alarming. And my guess is that boycotting the Fox debate was an instance when things badly backfired on Mr. Trump.

It’s possible, of course, that if Trump had participated in the debate he still might have lost the Iowa caucus. We’ll never know for sure. But those who argued that this was a master stroke by Trump simply because it was a stroke by Trump were clearly wrong.

The Fox press release elicited a response that put Donald Trump’s temperament center stage. And I continue to believe that doing so will eventually prove to be his undoing. 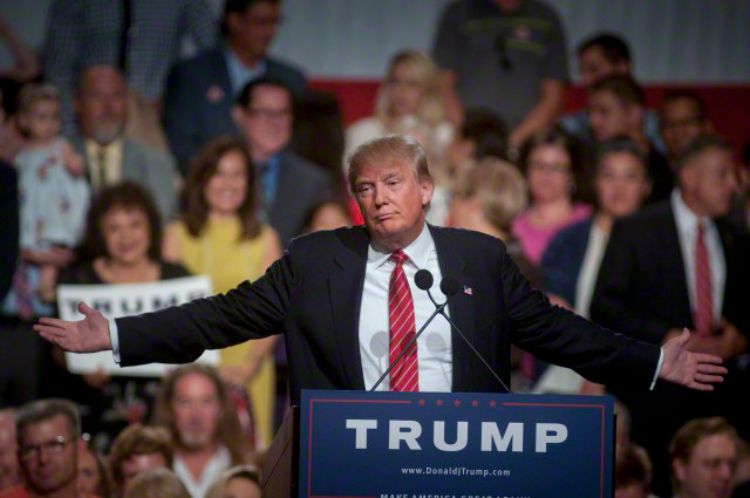