Donald Trump is in the midst of a fairly dramatic collapse in public opinion polls.

What seems to be happening isn’t that Hillary Clinton is on the rise. Rather, Trump’s popularity is dangerously low for a presumptive presidential nominee at this stage (pre-summer) of the race. And since the start of June, the trend for Trump has been alarming.

Several recent polls confirm this observation. A new Bloomberg Politics national poll shows Clinton leading Trump with 49 percent to 37 percent among likely voters in November’s election. 55 percent of those polled say they could never vote for the real-estate developer and TV personality. Women are a majority of voters, and a full 63 percent of them say they could never vote for Trump.

Then there is the latest Washington Post/ABC News poll showing that negative views of Trump have surged to 70 percent, their highest level of the 2016 campaign. (Hillary Clinton’s are at 55 percent.) It’s not only that Trump’s negatives are sky-high; it’s also that a majority of those who have negative impressions of him (56 percent) hold those views “strongly.”

And for those Trump supporters who are hoping he will benefit from his response to the Orlando massacre, based on the belief that he comes across as “strong” and “tough” and will protect us, there’s this: In a new CBS News poll, more than half (51 percent) of Americans disapprove of the way Trump is responding to the Orlando attack, while only a quarter (25 percent) approve.

So let’s take a step back to place where we are. This should be a moment, late spring/early summer, when Trump is consolidating Republican support and fortifying his position. Instead, the empirical evidence shows he is in perfectly awful shape, as weak and vulnerable as any major presidential candidate in decades. He is positioned to be wiped out in November, despite the fact that Mrs. Clinton is a bad candidate with much baggage.

Just a few weeks ago, Trump supporters were upbeat because he was within just a few points of Hillary Clinton. This was a false dawn. What they didn’t take into account is that she was still in a pitched battle with Bernie Sanders, which meant the Democratic support she can count on in the fall was suppressed. Trump, having effectively won the nomination, was consolidating Republican support. Once Clinton effectively secured the nomination, which she has now done, the gap was bound to increase. The fact that Trump was still losing to Clinton when he had that advantage should actually have been a warning sign.

What should be particularly worrisome for those rooting for Trump is that things have gotten markedly worse. Negative views of Trump have increased 10 points in the last month. That is because he is acting just as he has acted all year. The hope that he’ll flip the switch and become more “presidential,” more unifying, and less repulsive just isn’t happening. The Trump attacks on Judge Curiel and his heritage, arguing that because Curiel was a “Mexican” (he is not) he had an “inherent conflict of interest” and was, therefore, unable to render a fair judgment–along with Trump dabbling in more crazy conspiracy theories (Vince Foster was murdered!) and now suggesting that the president is either connected to/sympathetic with Islamic terrorists–are all simply the latest additions to the same script.

Republicans now have to struggle with the realization of what they have done, the nature of the man their party has nominated, and the coming political catastrophe. It is a very painful time for the party of Lincoln. 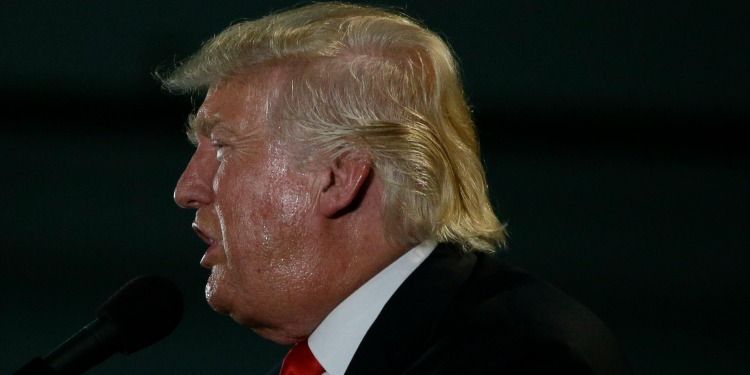