One of the problems with Donald Trump is his corrosive effects, including on our intellectual standards.

What I have in mind is people have now seen him for long enough that they have adjusted down their expectations and become dulled to his moral and intellectual offenses. Things that once would have shocked people or elicited criticisms are now accepted and met with a shrug of the shoulders. “That’s Trump being Trump,” the thinking seems to go.

Let me take just one recent and relatively minor example. In his interview with the Washington Post’s Bob Woodward and Robert Costa, Trump said he would eliminate our $19 trillion debt “over a period of eight years.”

For reasons laid out in this piece by the Post’s Glenn Kessler, this would be impossible even with the most committed limited government conservative, which Mr. Trump is most assuredly not.

Start with the fact that the actual debt will be more like $26 trillion. Let’s assume that Mr. Trump eliminated every government function and shut down every Cabinet agency. He’d still be $16 trillion short. And even if Trump were somehow able to increase revenues from the anticipated 18 to 20 percent of GDP – another a pipe dream – Trump would still be $12 trillion short.

Now consider this: Mr. Trump not only won’t touch entitlement programs, which are the main cause of our fiscal imbalance, but he has also repeatedly attacked those who want to reform them. One of his consistent campaign pledges is he won’t touch Social Security, Medicare, and Medicaid. “I’m gonna make us so rich you don’t have to do those things,” Trump insists. So no help there.

In addition, according to the conservative Tax Foundation, Trump’s tax plan would reduce tax revenues by more than $10 trillion over the next decade even when accounting for economic growth from increases in the supply of labor and capital.

So this is what we’re being asked to believe. President Trump will erase a debt of between $19-$26 trillion within eight years. He’ll do so without touching entitlement programs. And he’ll so while also passing a tax plan that would cut an additional $10 trillion in revenue. We’ve seen this replicated in other policy areas – for example, in Trump’s claim that he would be able to deport more than 11 million illegal immigrants within 18 months and do so “humanely.”

Even by the standards of presidential campaigns, where candidates often over promise, this is the Politics of Make Believe. It is to live in your own epistemological universe, where you simply make up your own facts, your own assumptions, your own laws of nature. Nothing needs to add up. Reality doesn’t matter. As Mr. Trump put it in one of his tweets, “if I win, all of the bad things happening in the U.S. will be rapidly reversed!”

This is idiocy on stilts. What is most discouraging is that there are voters and conservative voices who have decided they are willing to indulge in massive self-delusion because they have fallen under the spell of Donald Trump. They believe in him, and no inconvenient facts are going to shake their faith in The Donald.

It is the cost of being caught up in a political cult of personality. 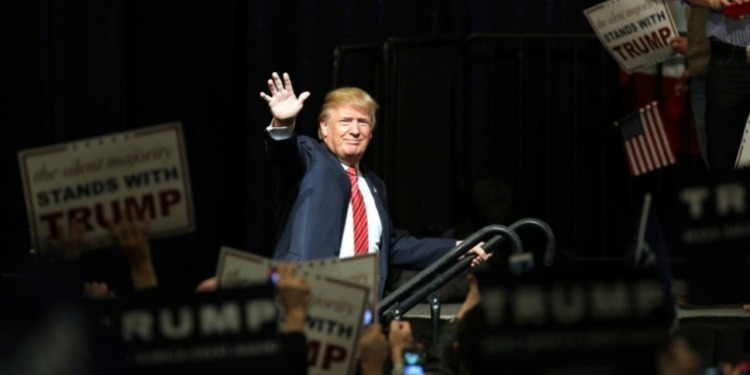