In the effort to rally Republicans around the Donald Trump candidacy, one often hears two arguments invoked. One is that those who oppose Mr. Trump need to focus on “unity” now that he is the presumptive nominee; a second is that the anti-Trump forces need to respect the “will of the people.”

Both arguments are serious ones, so I’ll respond to them in order.

The case for unity in party politics usually applies. Whether one is a Republican or a Democrat, the normal pattern is to rally around the nominee of the party even if one’s preferred candidate didn’t win in the primary. The reason is simple enough — the eventual nominee of your party is typically preferable to the nominee of the other party.

Unity, then, while not an unimportant concept, is hardly the summum bonum in politics. It is a means to an end. The question one always has to ask is: Unity toward what end? Unity for the sake of injustice is wrong; so is unity in the cause of bigotry. Love of country demands that you not unify behind a figure you believe may do significant, durable damage to the Republic. In fact, opposition is what is required.

My point right now isn’t to debate Mr. Trump’s readiness to be president; rather, it’s to point out that invoking the unity argument is self-evident to people who believe he’s preferable to Hillary Clinton and has little persuasive power to those who believe he is a malignant figure on the American political landscape. If you’re a Republican, your view of unity hinges on the fundamental judgment you have of Mr. Trump; that rather than unity is really where the discussion needs to focus.

The founders themselves favored a republic rather than a direct democracy precisely because they were suspicious of the temporary passions of the people, believing it was the responsibility of political leaders and our system of government to contain, channel and refine them.

Irving Kristol made this point when he wrote:

My friend the late Martin Diamond, one of the most thoughtful of political scientists, used to say that the American democracy is based on one key assumption: that the people are usually sensible, but rarely wise. The function of our complex constitutional structure is to extract what wisdom is available in the people, at any moment in time, and give it a role in government. Our system of representation (as distinct from direct, participatory democracy) is supposed to play this role, as do the bicameral Congress, the separation of powers, our federal arrangements, and the Constitution itself with its careful delineation of rights and prerogatives. Ultimately, of course, the popular will cannot be denied in a democracy. But only “ultimately.” Short of the ultimate, the Founders thought it appropriate that popular sentiments should be delayed in their course, refracted in their expression, revised in their enactment, so that a more deliberate public opinion could prevail over a transient popular opinion.

In sum, then: The argument for or against Donald Trump as president revolves around one’s judgment as to his fitness to serve as president. If you believe, as many Republicans now seem to, that he is qualified – even exceptionally well qualified – to lead the United States, you’ll obviously support him over Hillary Clinton. If you believe, as others do, that his vices – intellectual, temperamental, characterological – disqualify him from being president, then invoking unity or the will of the people is entirely unpersuasive. And if you believe that both major party candidates are fundamentally unfit to be president you are not under any obligation to choose one over the other.

If we’re going to debate the pros and cons of a Trump presidency, we at least ought to focus on the right issues. In this case, it isn’t unity and the will of a plurality of Republican voters; it is about Trump versus Clinton and which one you believe is least worst for the American republic. 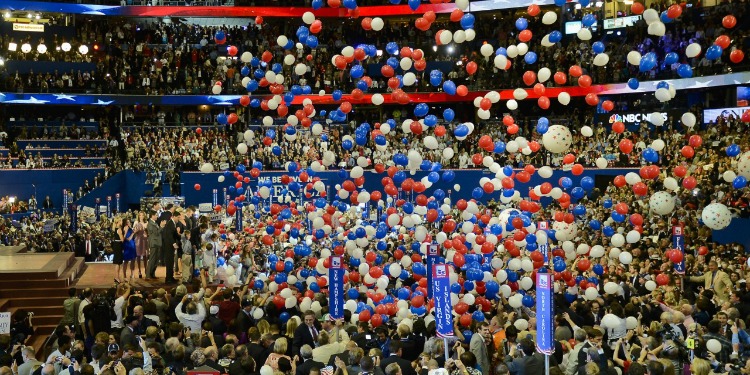