“Of a sudden,” wrote Senator Daniel Patrick Moynihan, a Democrat, in 1981, “the GOP has become a party of ideas.” One reason this happened was the presence on Jack Kemp in the Republican Party.

In their engaging new book, Jack Kemp: The Bleeding Heart Conservative Who Changed America, Mort Kondracke and Fred Barnes refer to Kemp as “the most important politician of the twentieth century who was not president, certainly the most influential Republican.” The foremost reason he was, Kondracke and Barnes write, is “he was Congress’s foremost advocate for supply-side economics and the man who steered Ronald Reagan toward adopting it.” The early part of the book recounts the fascinating story of how the supply-side revolution was born and won converts.

One of the defining qualities of Kemp, with whom I worked in the 1990s when I was policy director at Empower America, was his belief in the power of ideas to shape history. Jack was a self-taught man, reading books by Friedrich Hayek, Ludwig von Mise,s and Milton Friedman while simultaneously being a quarterback for the Buffalo Bills. He devoured books on Abraham Lincoln and Winston Churchill. And everyone he met who didn’t share his views was seen as a potential convert. Jack believed the only thing that could prevent him from converting someone was the lack of time.

One sensed with Jack that he was primarily involved in politics not to gain power for its own sake or to satisfy his ego, though he certainly had a healthy one, but because he cared so much about ideas. He was fearless in promoting them and impressively immune to pressure, either when his ideas became less fashionable (as he showed on illegal immigration, when the GOP moved away from the Kemp and Reagan views) or when pressure was applied by the White House (as it was in the 1980s, when Kemp was in Congress and opposed Reagan’s tax hikes, and in the 1990s, when he was in the George H.W. Bush Cabinet yet opposed the president’s tax increase). This quarterback was not for turning.

The other thing about Kemp, and which Kondracke and Barnes rightly note, is that he was refused to personalize policy differences. Think about the difference between Kemp and, say, the current occupant of the Oval Office, who assumes that everyone who disagrees with him is doing so because of malicious motivations. That wasn’t the way Jack Kemp practiced politics. Even when political opponents had clearly crossed ethical and legal lines and arguably should have been criticized, Jack steered away from going after them on those grounds. That wasn’t the terrain he ever sought to fight on. There was a certain guilelessness to him.

Jack was hardly a perfect man, and he should not be idealized beyond what he was. But what he was, in heart and mind, was impressive enough. As the new book by Mort Kondracke and Fred Barnes reminds us, Kemp embodied the type of person we desperately need in American politics – individuals with a social conscience, intellectual energy, and reasoned convictions. He possessed a capacious and indomitable spirit. And he was a one-man antidote to cynicism. If the rest of us cared as much about ideas and possessed as much good will as he did, America would be a better, more decent and more unified nation. 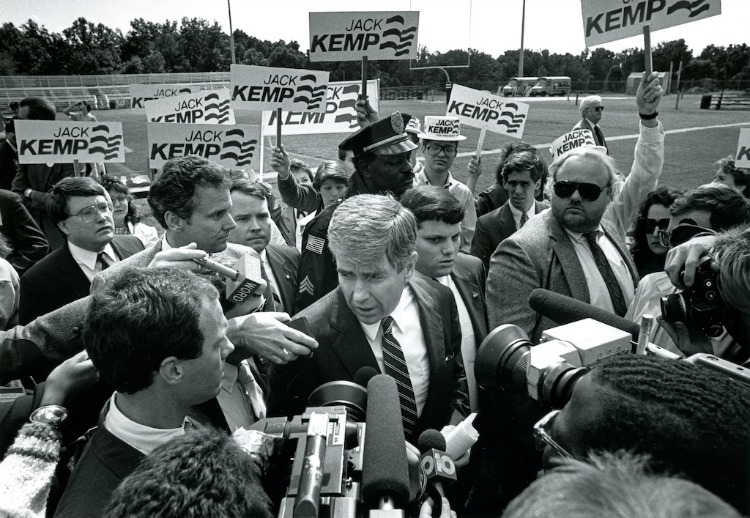