Dennis Ross, writing earlier this week on “How Obama Created a Mideast Vacuum,” attributed Obama’s continual failures to act in Syria – ignoring a growing humanitarian catastrophe, a historic refugee crisis, the rapid rise of Islamic State, and a widening proxy war – to the fact that “when he looked at Syria, he saw Iraq.” Last night, in his State of the Union address, Obama confirmed that analysis. He praised his “smarter approach” in Syria, which he said resulted from learning “the lesson of Vietnam and the lesson of Iraq” – which he called avoiding the “quagmire” of involvement in foreign wars. In his mind, his Syria policy is a success.

Ross writes that Obama created a Mideast vacuum, now filed by Iran, Hezbollah, ISIS, Russia, and others, by “over-learning the lessons of Iraq.” Ross believes “having an open discussion about (the Iraq War) – especially in an election year – may be a necessary part of producing a (Middle East) strategy that can work,” since in his view there has not yet been such a discussion:

The critics of the (Iraq) war never acknowledged there was anything to discuss; indeed, they saw those who supported the war as fundamentally misguided. … (T)he proponents of the war have been so put on the defensive that they have been reluctant to acknowledge what they got wrong …

For his part, Ross offers his own mea culpa: “I made the mistake of supporting the Iraq War.” He wants other proponents of the war to acknowledge that they were wrong too:

It is not clear when Ross determined that the Iraq War was a mistake. In his 2007 book, Statecraft – written four years into the war – Ross did not label it a mistake. On the contrary, notwithstanding all the problems encountered in prosecuting it, he wrote at that time that a good outcome was still possible – indeed a historic one:

The removal of Saddam Hussein could yet represent a historic development in Iraq and the region. With Saddam gone, authentic, if messy and sectarian, politics may yet become manageable and permit a new Iraq to emerge that is a threat to neither its neighbors nor its own people. Such an outcome could, over time, have a liberating effect on reformers and even publics in the region, convincing them that the dangers of opposition to strongman rule need not be overwhelming.

In his own 2007 book, World War IV, Norman Podhoretz wrote it was amazing that one-time liberal hawks and others were asserting that the war was a failure:

After all, Iraq had been liberated from one of the worst tyrants in the Middle East; three elections had been held; a decent constitution had been written; a government was in place; and previous unimaginable liberties were being enjoyed. By what bizarre calculation did all this add up to failure? And by what even stranger logic was failure to be read into the fact that the forces opposed to democratization were fighting back with all their might?

In 2007, President George W. Bush executed a surge – adamantly opposed by Senators Obama and Clinton – which handed his successor a war largely won.  As his re-election campaign approached, President Obama decided to withdraw completely, rejecting the advice of his military and civilian advisers. The rest is shameful history. It is playing out today in both Syria and Iraq, as a self-satisfied president stands on the sidelines, admiring his absence from the quagmire created by his withdrawal.

Today, the Iraq War plays the role once played by the Vietnam War – serving as the basis for a debilitating “syndrome” that handicaps America from playing its critical role in the world. The Vietnam Syndrome lasted until Ronald Reagan had the political courage to call that war a “noble cause.” On August 18, 1980, four weeks after winning the Republican nomination for president, Reagan told the Veterans of Foreign Wars:

America has been sleepwalking far too long. We have to snap out of it … For too long, we have lived with the “Vietnam Syndrome.” … Over and over they told us for nearly 10 years that we were the aggressors bent on imperialistic conquests. … (W)e were told that peace would come if we would simply stop interfering and go home.

It is time we recognized that ours was, in truth, a noble cause. A small country newly free from colonial rule sought our help in establishing self-rule and the means of self-defense against a totalitarian neighbor bent on conquest. We dishonor the memory of 50,000 young Americans who died in that cause when we give way to feelings of guilt as if we were doing something shameful…

Bush won the Iraq War with casualties less than one-tenth those of Vietnam, leaving Iraq with a representative government in place and its oil resources intact. The Iraq War was a noble cause – and (unlike Vietnam) a successful one until Obama pivoted out of the region and threw the victory away. We dishonor the memory of nearly 4,500 young Americans who died in that cause when we give way to feelings of guilt, as if we were doing something shameful, and urge mea culpas as part of a national discussion. We need to snap out of this. 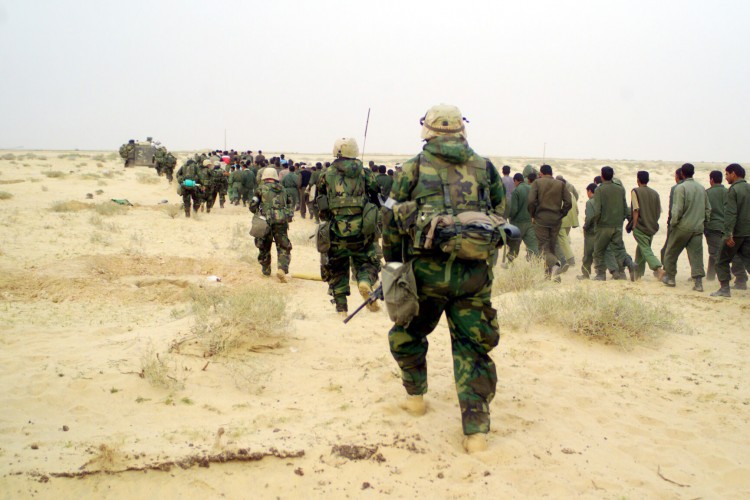