Yesterday, the White House released a “Statement by the President” marking the one-year anniversary of the Iran Deal. The White House will probably not celebrate today’s anniversary, marking President Obama’s $1.7 billion payment to Iran, tied to the release of American hostages, which the President’s press secretary at the time called a “very good deal”–before we found out that it was paid in untraceable cash, violated a federal statute, and ignored a U.S. counterclaim–all of which combined to make January 17, 2016 a shameful day in American diplomacy.

The administration characterized its payment as a settlement of a claim at The U.S.-Iran Claims Tribunal at The Hague. During the past year, though, the administration has adamantly refused to release to the public any documents relating to the payment–not even the settlement agreement itself–stiffing the request for documents at a congressional hearing and written requests from congressional committee chairs and other members of Congress.

At the September 8 hearing of the House Subcommittee on Oversight and Investigations, Chairman Sean Duffy had this colloquy with a State Department witness as he sought to ferret out the basic document pertaining to a purported “settlement.”

CHAIRMAN: Is a settlement agreement forthcoming?

No settlement agreement was ever released to the public. It is not because it is classified–Iran obviously has a copy.

The administration went to remarkable lengths to keep Congress from reviewing documents even in private. They were kept in a “secure reading place” where the majority of members and their staff had no access, and where those who did were forbidden from taking notes or disclosing information to the public. The process offered a few people private access while effectively swearing them to secrecy about what they found.

In November, Adam Kredo of The Washington Beacon reported on the administration’s repeated failures to respond to formal written questions from Senator Marco Rubio and Representative Mike Pomeo and to other inquiries. Earlier in the year, the administration repeatedly failed to supply Representative Ed Royce, chairman of the House Foreign Affairs Committee, with documents relating to the legal basis for the payment and its computation.

The “Statement by the President” yesterday noted that “We continue to be deeply concerned about U.S. citizens unjustly imprisoned in Iran.” The statement did not acknowledge, however, that when you pay $1.7 billion for hostages, the likely result is more hostages, which is what happened. Since the payment, Iran has seized additional American hostages and is reportedly seeking “many billions” more in payments.

As it leaves office, celebrating the alleged absence of scandals (while ignoring at least six), the Obama administration has succeeded in withholding from public view all documents concerning a huge payment, made in pallets of untraceable foreign cash, to the regime the State Department has classified as the leading state sponsor of terrorism, which thereafter seized more Americans. We will learn the full story of this shameful day only if the new administration decides to tell us. 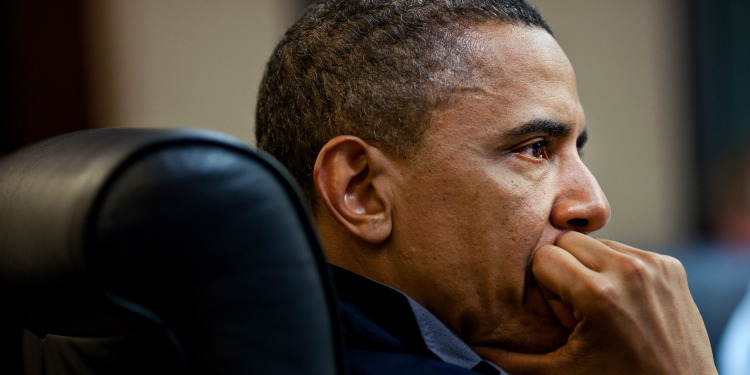