Why did the Obama administration make its $400 million payment to Iran on January 17 in untraceable foreign currency and then not only fail to disclose that the payment had been made in cash but withhold that information from Senator Tom Cotton in response to his repeated inquiries about it? According to both former U.S. Attorney General Michael Mukasey and former Treasury terrorism finance analyst Jonathan Schanzer, President Obama could have paid Iran legally in a conventional banking transaction rather than cash. The administration disclosed the amount of the payment in its January 17 announcement of the deal, but not that it had been made in cash.

The reason for both the use of cash and the effort to hide its use may well relate to Hezbollah–Iran’s wholly-owned terrorist proxy in Lebanon–and to the “Hizballah International Financing Prevention Act of 2015” (“HIFPA”), which was enacted by Congress one month before the cash payment. HIFPA helps explain (a) why Iran wanted $400 million in cash and why it needed it in January and (b) why the administration did not want to disclose its cash payment to Congress.

As of 2015, Iran’s annual funding of Hezbollah was $200 million per year (in addition to weapons, training, intelligence, and logistical assistance), according to the testimony of Matthew Levitt, of the Washington Institute for Near East Policy, in a September 17, 2015, Congressional hearing. He told Congress that, as a result of the then-pending Iran deal, “Hezbollah is about to take a place of even greater prominence within the planning of Iran’s revolutionary elite,” and that with the coming sanctions relief for Iran:

Hezbollah expects additional funds will come its way… A newly enriched Hezbollah would be more aggressive at home and abroad, challenging less-militant parties across the Lebanese political spectrum and boosting its destabilizing activities outside of Lebanon.

Enacted three months later, HIFPA set forth a policy to use “all available diplomatic, legislative, and executive avenues… to block [Hezbollah’s] ability to fund its global terrorist activities.” The new law barred any foreign bank from access to the American financial system if it facilitated a significant transaction for Hezbollah. On December 18, 2015, President Obama signed the legislation into law.

In April 2016, the Treasury Department issued regulations under HIFPA, and in May the governor of Lebanon’s central bank announced that Lebanon banks would close Hezbollah’s accounts as a result of the U.S. law. By June, thousands of bank accounts of Hezbollah officials and their family members had been closed, eliminating Iran’s ability to finance Hezbollah through the Lebanese banking system.

In 2015, both Iran and Hezbollah saw this coming: Hezbollah had condemned HIFPA in vitriolic terms in November 2015 as it was being considered by Congress. Once HIFPA was enacted at the end of the year, the coming sanctions on banks dealing with Hezbollah meant Iran would have to find a new way to finance its terrorist arm in Lebanon. The $400 million in cash that the Obama administration gave Iran in January is enough to fund it at twice the level as last year, without recourse to the Lebanese banking system.

On June 24, 2016, Hezbollah’s head, Hassan Nasrallah, taunted the United States about HIFPA. He said, “his group would not be affected by fresh US sanctions because it receives its money directly from Iran, not via Lebanese banks.” He added, “Hezbollah’s budget, salaries, funds, food, drink [and] weapons all come from Iran… As long as Iran has money, we have money.” The Treasury Department believes that Nasrallah’s statement demonstrates American success in targeting the group’s finances, but it will be no surprise when 2016 Iranian funding for Hezbollah doubles–say, to about $400 million–since Iran need not try to fund it through the no-longer-available Lebanese banking system, but can use cash obtained from the United States. 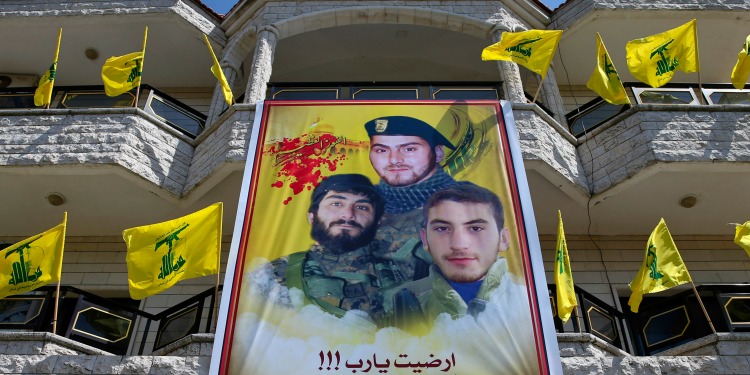