On September 22, in an interview at the Hudson Institute’s dinner, Israeli Prime Minister Benjamin Netanyahu gave an extraordinary answer to a “personal question” from the Tikvah Fund’s Roger Hertog:

HERTOG: … So for over 3,000 years, Jews have prayed to God for the reestablishment of Zion and Jerusalem, yet Israel was established largely by men and women who were uncertain about God. What role do you think God played in the miracle, in the creation of the Jewish state?

NETANYAHU: Well, evidently a very good one, because we’ve beaten the odds. (Applause). Now, if you want me to question God, you know, based on experience I could be stricken down. And I’m not going to take that risk.

I think that there are reservoirs of faith and culture that are very powerful in our people. You know, the founding fathers of Zionism, they may not have been religious people, [but] they were cognizant of religion—they even knew what they were challenging. One thing they weren’t —they weren’t ignorant. That’s the important thing. You know, you want to reject something, know what you’re rejecting. The thing that I worry about is we’d have a world where people don’t even know what they’re embracing and what they’re rejecting. They should know our traditions. They’re powerful. They’ve brought us here.

You know, when we had the Diaspora, we had, you know, these scholars and sages in Yemen writing letters to the sages in Spain, writing letters to the sages in Germany and so on, asking questions about law, truth, justice. And truth was never finite, it always expanded, you always built on what you knew into what you didn’t know. And I think when the walls of the ghettos and the enlightenment came, that same discipline was transferred to physics, mathematics, chemistry. It’s a very powerful tradition for this constant question that the Jewish tradition encourages.

But I think that if that were it, we wouldn’t be here and Israel wouldn’t be here. I think it also is grounded in deep faith. So our feet are planted in the soil and we came back—to our ancient land, and at the same time, you know, the branches go up and up and up, and I think it’s this unique combination of faith and reason that has made the Jewish people so remarkable and the Jewish state so successful. And God is watching over us as we speak. (Applause).

The High Holidays of our 5,777th year are a good time to reflect on the miraculous re-creation of the State of Israel. One of the essays in a new book, Makers of Jewish Modernity: Thinkers, Artists, Leaders, and the World They Made, quotes a Hasidic story Gershom Scholem heard from the great Hebrew novelist S.Y. Agnon, a tale about maintaining the past in the present:

When the Baal Shem had a difficult task before him, he would go to a certain place in the woods, light a fire and meditate in prayer – and what he had set to perform was done.

When a generation later the “Maggid” of Meseritz was faced with the same task he would go to the same place in the woods and say: We can no longer light the fire, but we can still speak the prayers – and what he wanted done became reality.

[A] generation later Rabbi Moshe Leib of Sassov had to perform this task. And he too went into the woods and said: We can no longer light a fire, nor do we know … the prayer, but we do know the place … and sufficient it was.

But when another generation had passed and Rabbi Israel of Rishin was called up to perform the task, he … said: We cannot light the fire, we cannot speak the prayers, we do not know the place, but we can tell the story of how it was done.

And … the story he told had the same effect as the actions of the other three.

First and foremost, there are the Sacred Scriptures, from which I learned how to combine letters. Then there are the Mishna and the Talmud and the Midrashim and Rashi’s commentary on the Torah. After these come … later explicators of Talmudic Law — and our sacred poets and the medieval sages, led by our Master Rabbi Moses, son of Maimon, known as Maimonides, of blessed memory.

… As time is short, I shall not compile a bibliography or mention [the modern books]. Why, then, did I list the Jewish books? Because it is they that gave me my foundations. And my heart tells me that they are responsible for my being honored with the Nobel Prize.

Each year we are more distant from the miracle, and it becomes more difficult to remember the place, the fire, the prayers, and the foundations. But as we celebrate the blessing of a new year, the gifts bestowed by God and the efforts of so many ancestors, we should remember Louis D. Brandeis’s admonition: we are the “trustees” of Jewish history, charged to “carry forward what others have, in the past, borne so well.” 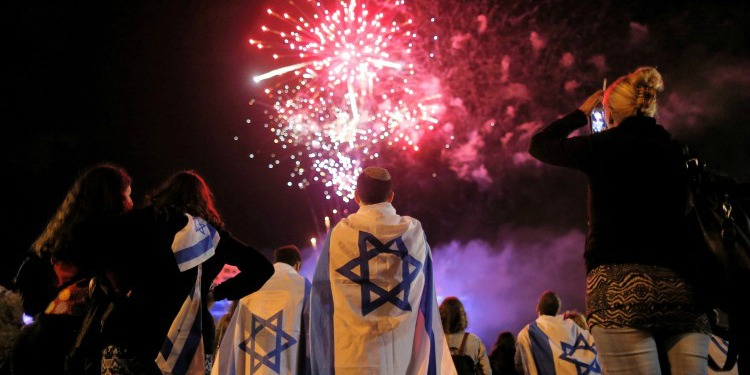