On Monday, President Obama will address the United Nations, where he will likely comment, for the fifth year in a row, on the situation in Syria. Reviewing his last four “State of Syria” addresses, we can predict what will happen on Monday.

In 2011, the president provided the UN with a tour d’horizon of the world, saying it should “make no mistake: the tide of war is receding.” In Iraq, he was halfway to ending the war by withdrawing from it. In Libya, the year before the “the world’s longest-serving dictator” had ruled, but from “Tripoli to Misurati to Benghazi – today, Libya is free.” Elsewhere, “dictators are on notice.” In Syria specifically, where people were “protesting peacefully, standing silently in the streets,” Obama said the question was clear: “Will we stand with the Syrian people, or with their oppressors?”

In 2012, with the dictator-on-notice still in power, the president told the UN “we again declare that the regime of Bashar al-Assad must come to an end … so that a new dawn can begin.” He asserted, “The future must not belong to a dictator who massacres his people,” and “we must remain engaged to assure that what began with citizens demanding their rights does not end in a cycle of sectarian violence.” He called for “sanctions and consequences” against “those who persecute” and for assistance for those working for a “united and inclusive” Syria.

In 2013, the president reported things were not going well in Syria. Peaceful protests had been “met with repression and slaughter,” and “extremist groups” had “taken root.” Having called off an “unbelievably small” strike against the dictator-on-notice, who had blatantly and repeatedly crossed his “red line,” the president called for “a strong Security Council resolution” to enforce the dictator’s pledge to destroy his chemical weapons. The president said he welcomed the influence “of all nations that can help bring about a peaceful resolution of Syria’s civil war,” mentioning Russia and Iran specifically.

In 2014, as things got still worse, the president told the UN the brutality of the terrorists in Syria “forces us to look into the heart of darkness.” He noted the war had “already killed nearly 200,000 people and displaced millions.” He declared the “tide could be reversed,” because “with our partners, America is training and equipping the Syrian opposition to be a counter-weight to the terrorists of ISIL and the brutality of the Assad regime.” In the past year, the too-little-too-late plan – managed half-heartedly from the White House – failed miserably.

The president now views a horizon where tens of thousands more civilians have been killed, hundreds of thousands of migrants are overwhelming Europe, total refugees are in the millions, the U.S. effort to “train and equip” an opposition is an embarrassment, Russia and Iran ignore his toothless requests for help, and he is about to give Iran the financial resources to prop up its allies throughout the Middle East, including the dictator-on-notice.

As he prepares his fifth State of Syria address and sees the mess the American withdrawal from the Middle East has created, he is currently blaming his advisers and others who urged him to do something other than give his annual speech. One can hope he will announce a new strategy on Monday, but it is more likely that he will continue lecturing from behind. 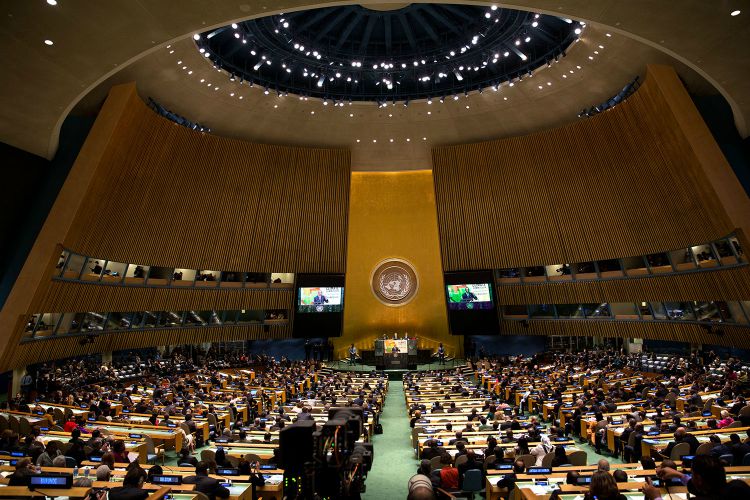