President Trump delivered his first speech to the United Nations General Assembly on Tuesday, and it was a triumph.

The speech offered the clearest sign yet that the administration has parted with Steve Bannon and other Breitbart types who wanted to use Trump as a bulldozer against liberal order. At Turtle Bay, Trump recommitted Washington to the defense of a U.S.-led world order. He also called out forcefully the rogue states that seek “to collapse the values, the systems and alliances that prevented conflict and tilted the world toward freedom.”

Trump praised the founding of the U.N. and the Marshall Plan, based on the “noble idea that the whole world is safer when nations are strong, independent and free” and the “vision that diverse nations could cooperate to protect their sovereignty, preserve their security and promote their prosperity.” Robert Kagan couldn’t have said it better.

And so on. This wasn’t the rhetoric of a pinched, narrow nationalism a la Marine Le Pen. She and other European illiberals loathe American leadership. They see it as American imperialism disguised as rules-based world order. For all their talk of sovereignty, they don’t want to see Washington confront Moscow’s bullying in Eastern Europe or Tehran’s in the Middle East. And Trump’s talk of upholding postwar “systems and alliances” can’t have gone down well at the Front National’s base in Nanterre—or at Breitbart HQ.

If your default vision of liberal order looks like Barack Obama- and Angela Merkel-style transnationalism, you were probably disappointed with Trump’s speech. The features of the Obama/Merkel model are endless diplomatic processes for their own sake; the expansion of transnational “norms” and institutions, usually at the expense of democratic self-government; and a general disdain for anything redolent of nationhood and nationalism and particularity. It has angered voters–think of Trump’s election and Brexit–and triggered a crisis of liberal-democratic legitimacy across much of the developed world.

There are other, more humble ways of conceiving international order. It can be liberal—that is, rules-based and tending toward liberty—without setting itself up against nationalism. The nation-state isn’t going away anytime soon and, indeed, “remains the best vehicle for elevating the human condition,” as Trump noted.

Liberal order can acknowledge that the vast majority of the world’s people are religious believers. Therefore, the effort to force every nation to follow the Netherlands on gender and sexuality is both wrong and likely to invite a backlash. And it can recognize that evil is a root fact of the life of individuals and nations, and therefore sometimes diplomacy and multilateralism must give way to the sword.

This alternative vision of liberal order would have looked familiar to a Ronald Reagan or a Daniel Patrick Moynihan. Judging by his best foreign-policy speeches—in Riyadh, Warsaw, and now New York—it is also the vision the administration has adopted. Those of us who worried about Bannon’s themes should cheer, and give credit where it is due. 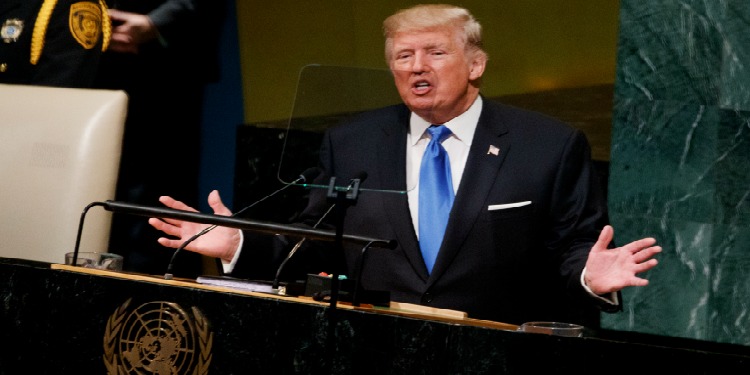